10 Lines on Camel: The very first thing that will come to our mind when we hear the word camel is a hot desert and a few villagers who are riding the camel under the hot sun. Most of our stories books and movies portray camels as an animal which is mainly confined to desert areas. While this might be mostly true, there are camels which are known to survive even in cold regions.

Both snow camels and desert camels are seen on the planet and in this article on 10 lines on camel we shall be talking about all the interesting facts about camel and how it has helped human civilization grow over the centuries. 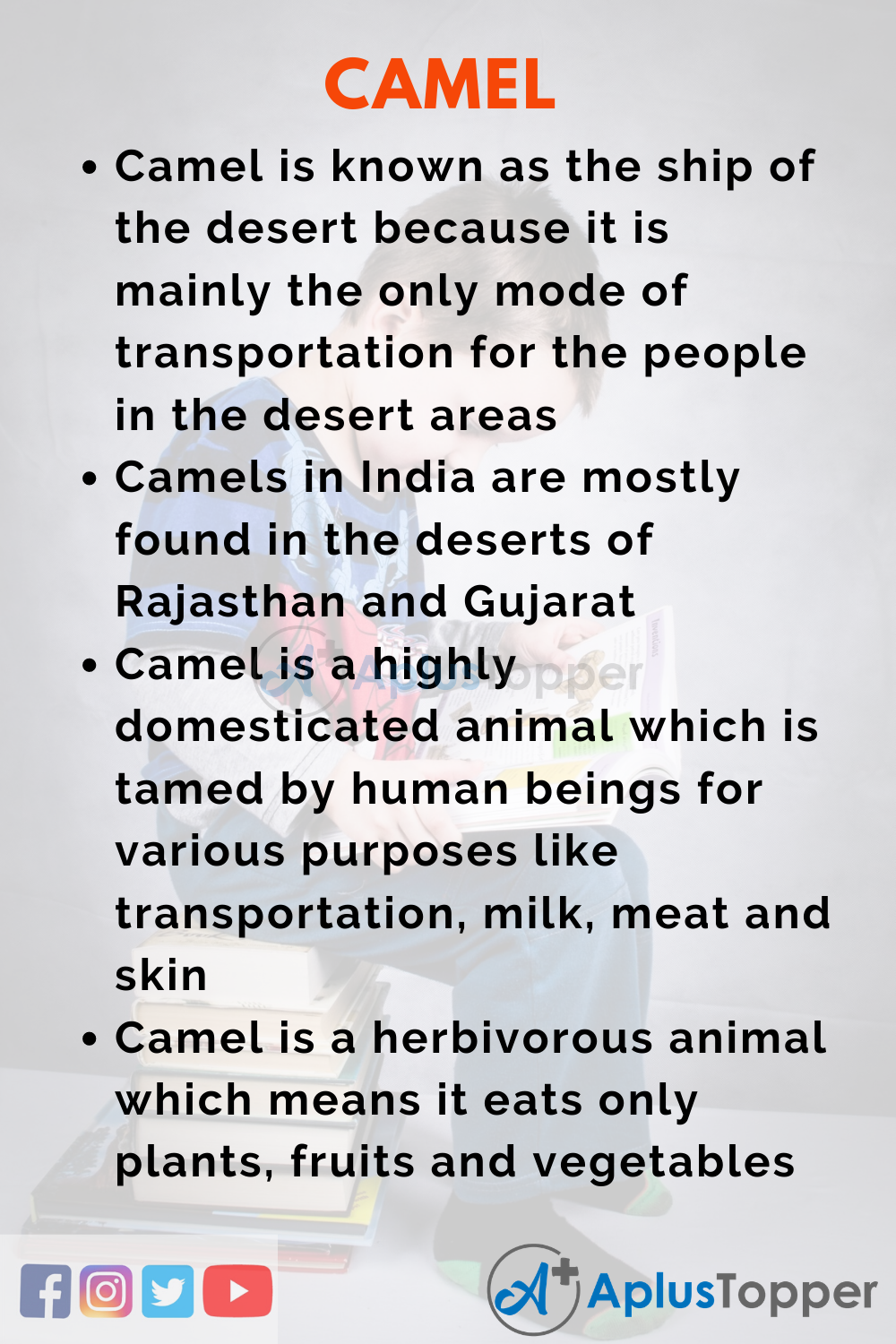 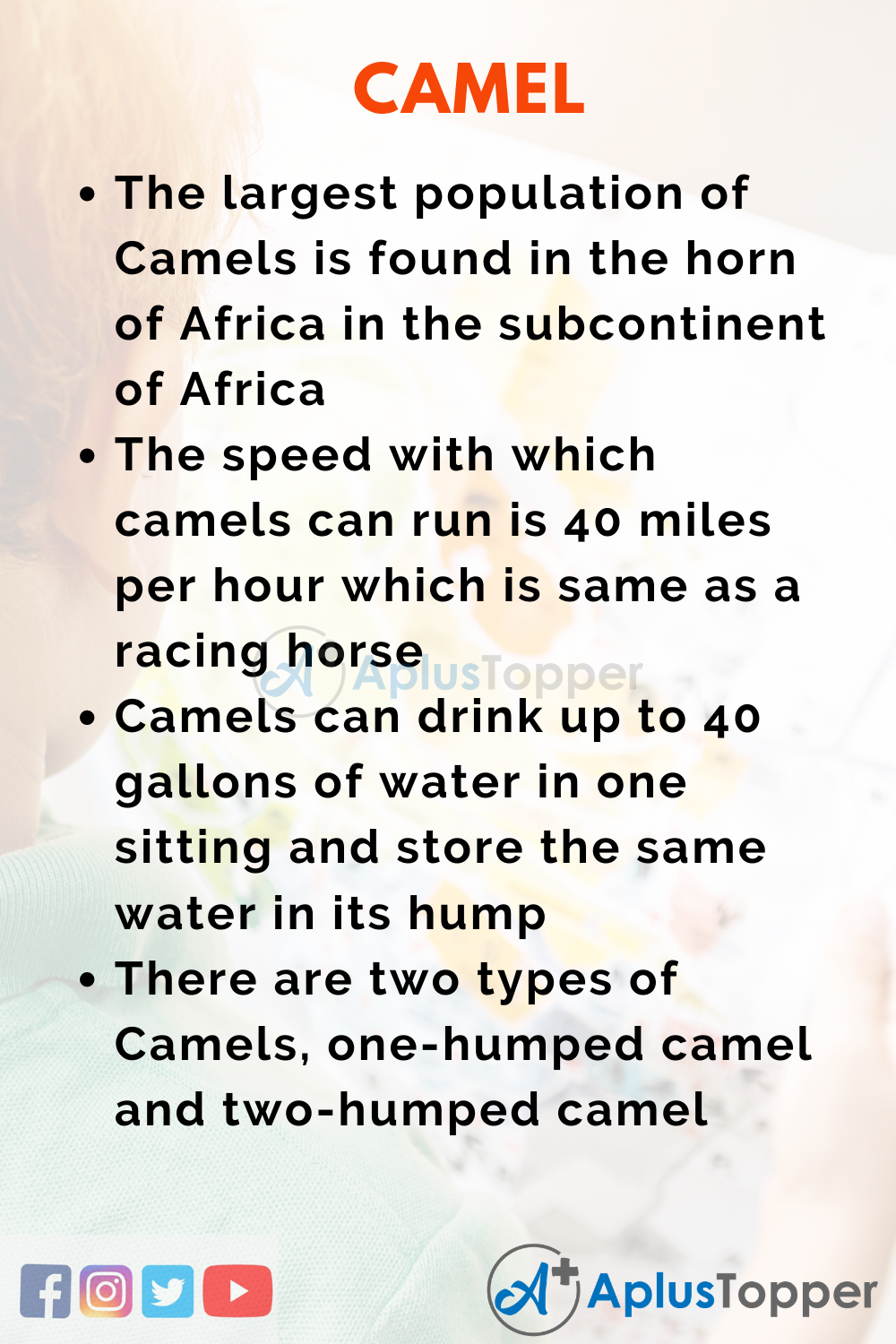 FAQ’s on 10 Lines on Camel in English

Question 1.
Why is camel called the ship of the desert?

Answer:
Camel is known as the ship of the desert because it is the sole mode of transportation for people living in the desert areas

Question 2.
How many types of Camels are there in the world?

Answer:
Bactrian and dromedary are the two types of camel Tata found in the world where the former has one hump while the latter has two humps

Question 3.
Why are Camels domesticated?

Answer:
Camels are domesticated for their milk meat fur

Question 4.
What is the lifespan of a camel?

Answer:
The average lifespan of a camel is between 40 to 50 years