10 Lines on Bula Choudhury: Bula Chowdhury is an Indian swimmer and known for her long-distance swimming feats. Also in competitive swimming, she has gained fame. She was born on 2nd January 1970, in Hugli, West Bengal, India. She becomes popular only at the age of 9 by participating in various events of her age groups and winning 6 gold medals.  As a kid, she learned and loved to swim. Though she had a hole in her ear, and due to water touch there would always occur some fungal infection also her doctors advised her that water was her rival, she didn’t give up on swimming. 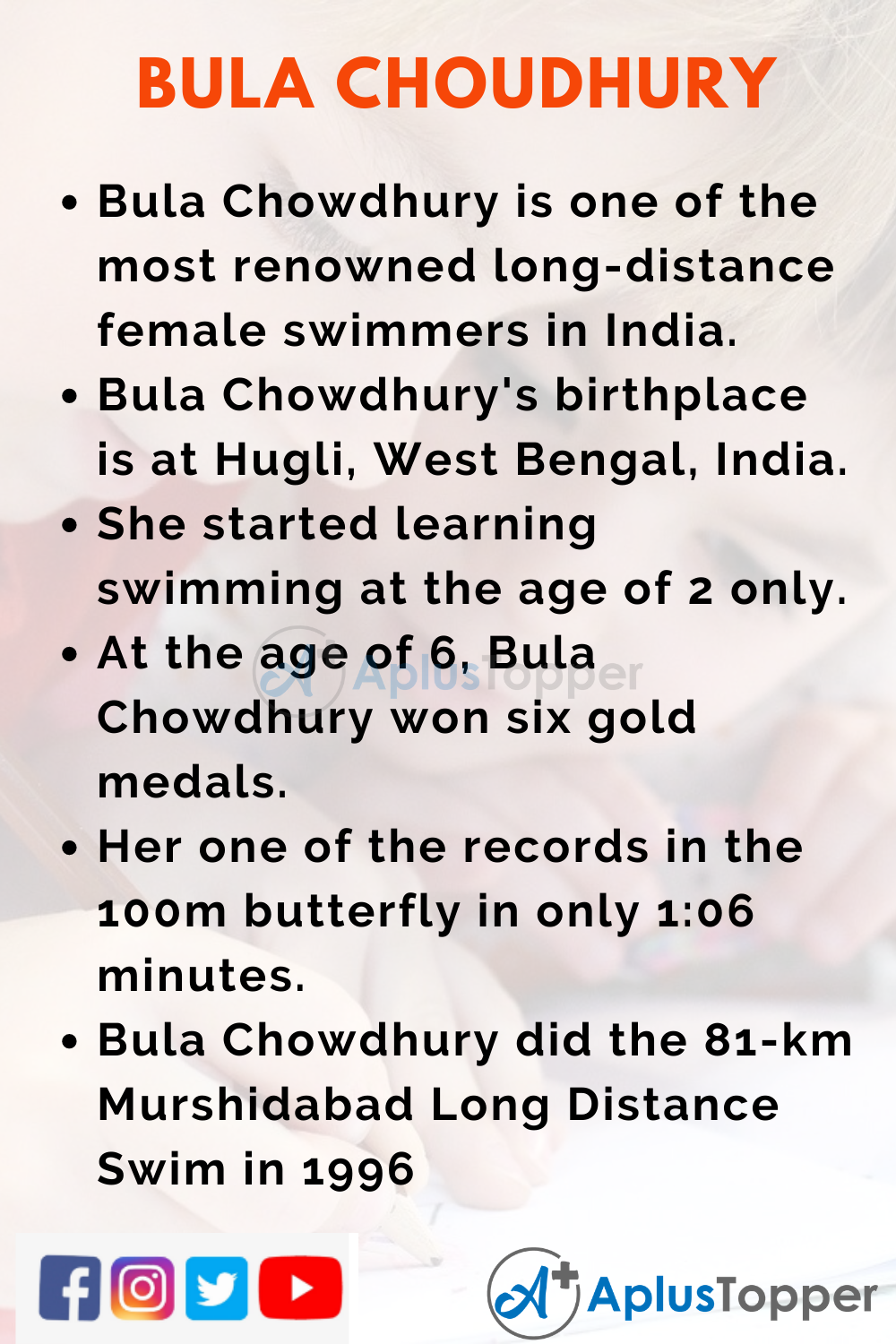 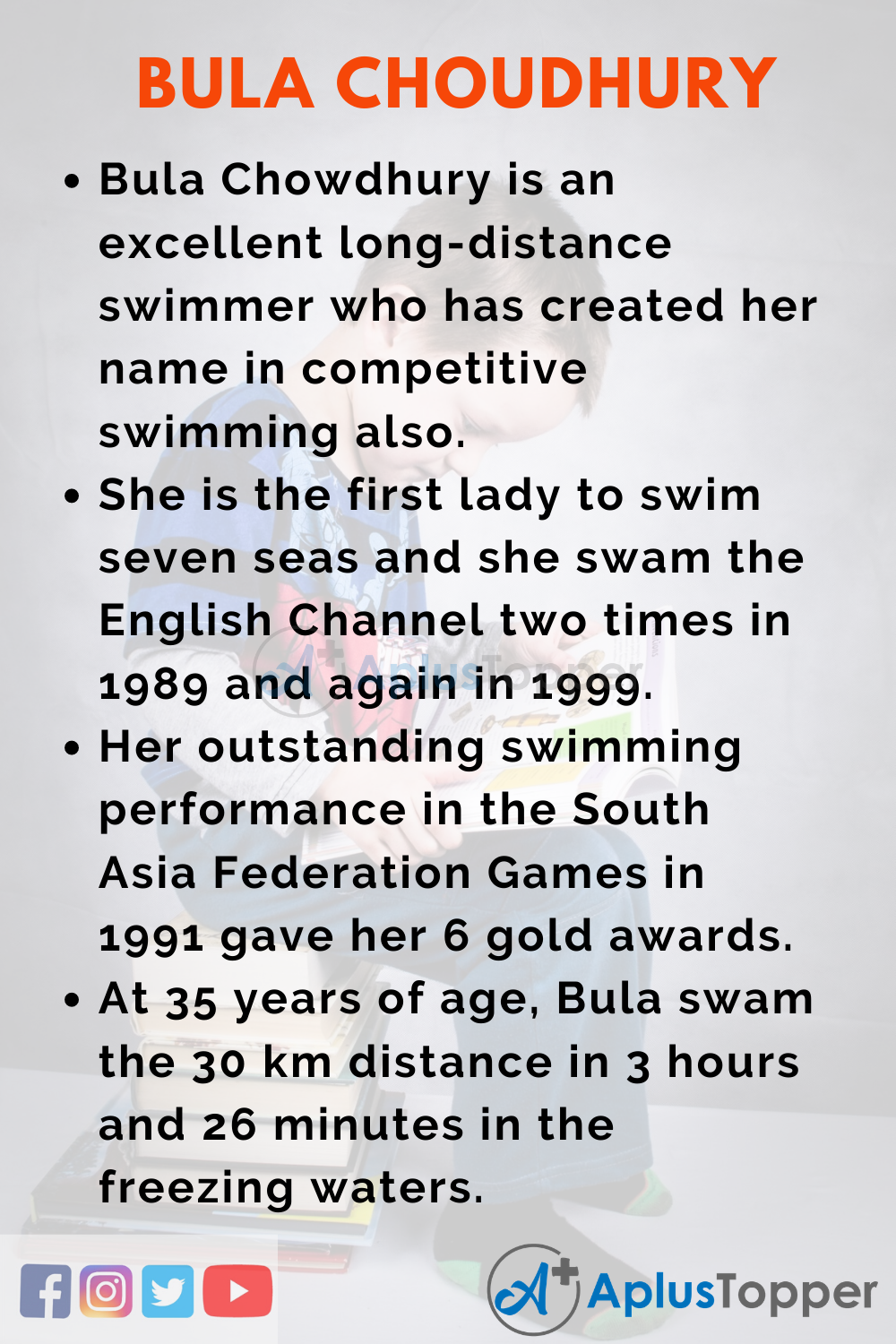 FAQ’s on 10 Lines on Bula Choudhury

Question 1.
Who is the first lady in the globe to swim across all the 5 continents?

Answer:
Bula Choudhury is the first lady in the globe to swim across all the 5 continents.

Question 2.
Who was the first lady to swim the seven seas?

Answer:
Bula Choudhury was the first lady to swim the seven seas.

Question 3.
What is the Age of Bula Choudhury?

Question 4.
Who is the husband of Bula Choudhury?

Answer:
Sanjeev Chakraborty is the husband of Bula Choudhury and he is also an international level swimmer.