10 Lines on Birds: The winged animals that can float around the sky whenever they feel like are some of the most admired animals on the planet and many of us have wished that we would be born as birds in our next birth. The flight of birds represents a sense of freedom for us human beings, who are otherwise expected to and handcuffed to be on the land.

In this 10 lines on birds, we shall be addressing many questions that one might have about birds such as how do birds fly, how many species of birds are there on the planet and how are Birds important for the ecosystem. 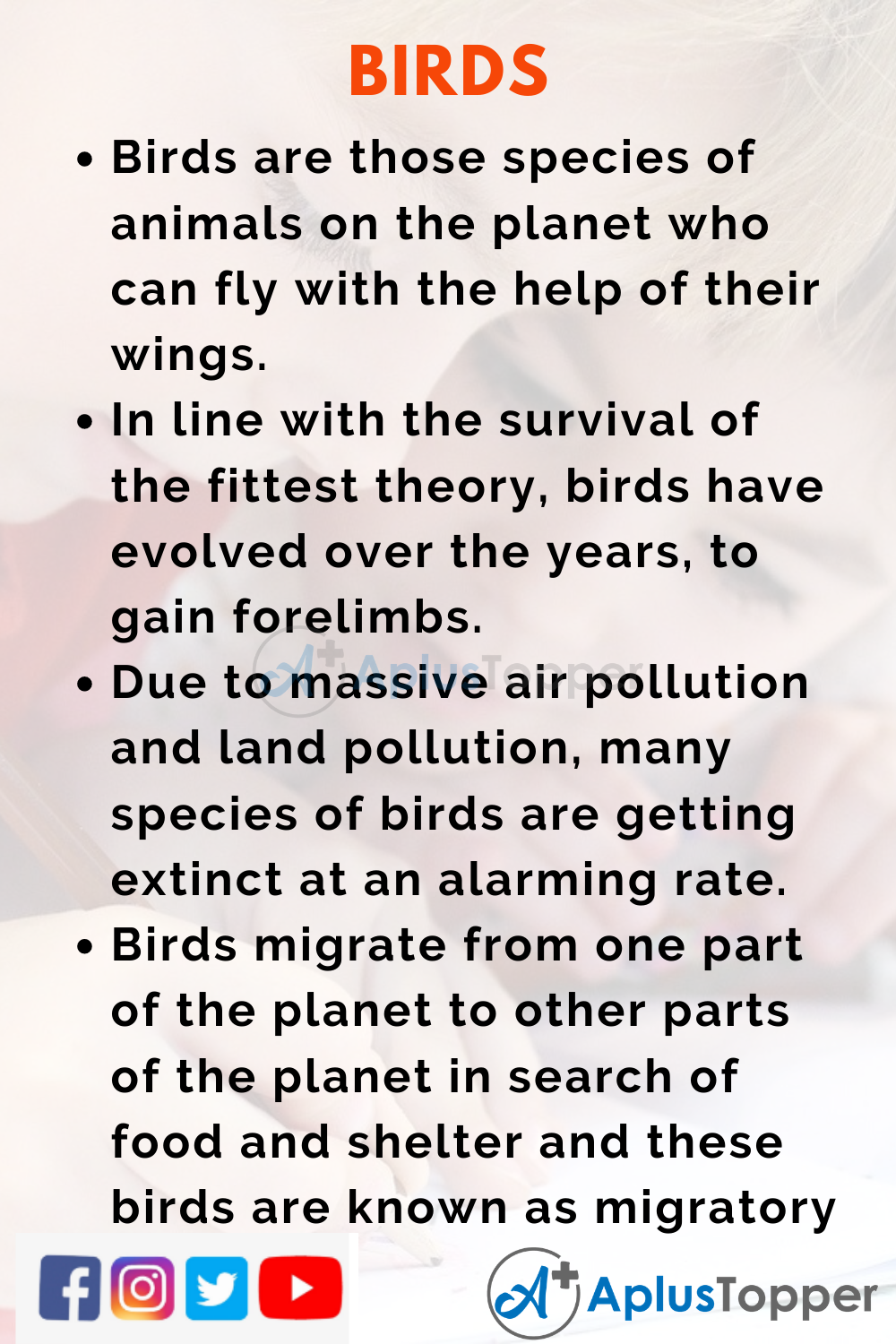 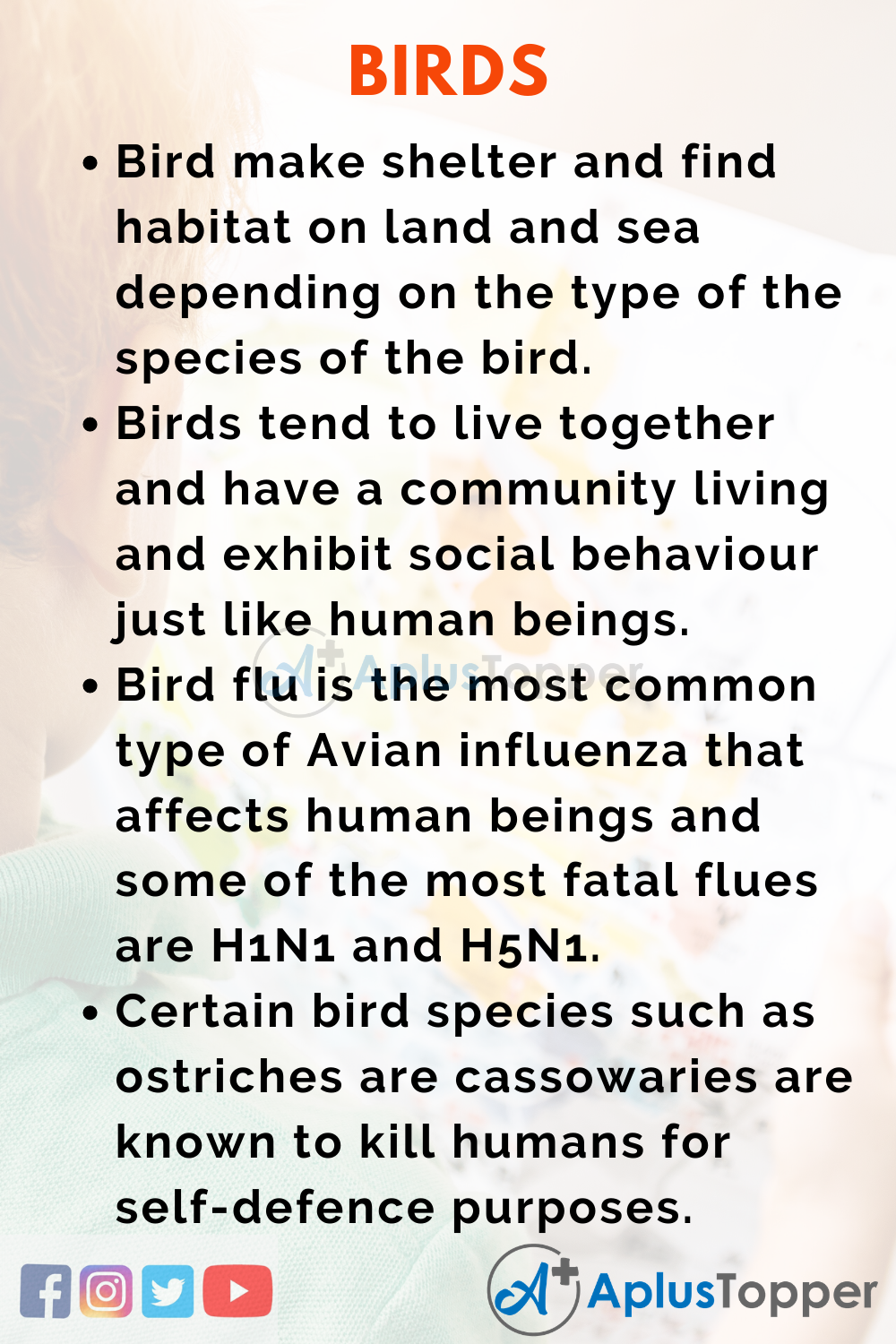 Question 1.
How many words are there on the planet?

Answer:
it is highly difficult to predict the exact number of birds that are present on the planet but scientists have come up with a range of 300 to 400 billion birds on the planet

Question 2.
What are the 5 unique traits of a bird?

Answer:
feathers, wings, beaks, light skeleton and eggs are the five most important traits for a bird

Question 3.
From which animal did birds evolve?

Answer:
according to evolutionary theorists, birds evolved from a group of Dinosaurs called theropods

Question 4.
Which was the first bird on the planet?

Answer:
archaeopteryges are some of the earliest birds to have walked on this planet and a share certain traits with their ancestors, dinosaurs