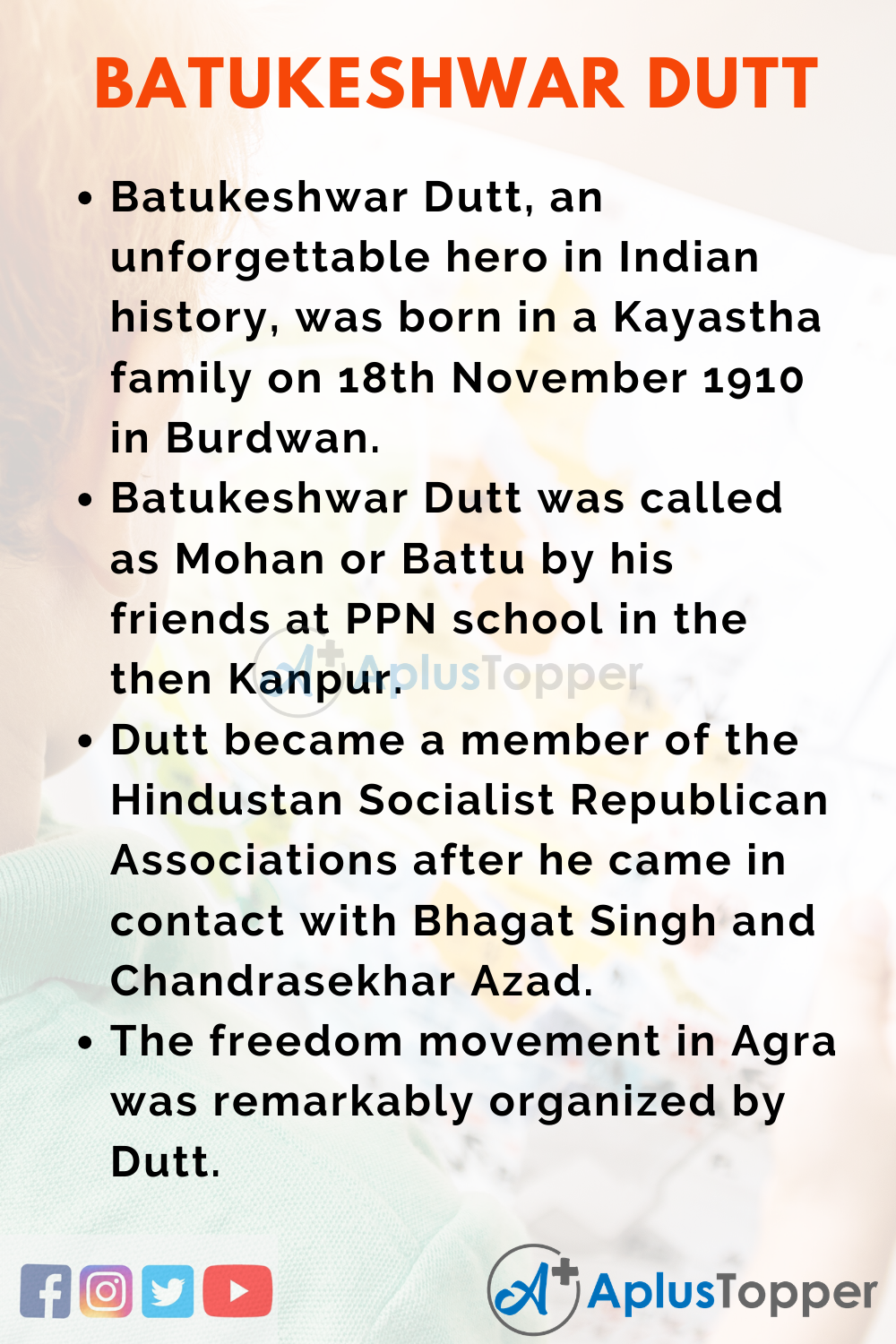 FAQ’s on 10 Lines On Batukeshwar Dutt

Question 1.
What was a famous slogan in the leaflets that Dutt and Bhagat Singh threw after the bombing?

Answer:
It takes a loud sound to make the deaf hear. This was the slogan inside the leaflets thrown by Dutt and Bhagat Singh in the Central Legislative Assembly.

Question 2.
Why Batukeshwar Dutt is called an unsung hero?

Answer:
Even though Batukeshwar Dutt’s contributions were nothing less than that of Bhagat Singh’s, yet it is Bhagat Singh who is only a widely celebrated revolutionary by the children and youngsters among the two. Therefore, Dutt remains our unsung hero even after being part of that legendary bombing just as Bhagat Singh.

Question 3.
Why did Batukeshwar Dutt and Bhagat Singh have to surrender?

Answer:
They surrendered by choice because Singh and Dutt both wanted their voices to be heard.

Question 4.
Describe the incident of the bombing of the Central Legislative Assembly?

Answer:
On 8th April 1929, when the British official members of the Central Legislative Assembly had gathered for their daily discussions, from the visitor’s gallery, someone threw an object and shouted ‘Inquilab Zindabad.’ Soon after, smoke started being released from the thrown object and filled the hall. Soon Bhagat Singh and Batukeshwar Dutt started throwing leaflets which contained a powerful slogan. But later both of them surrendered to the British so that they could express what they wanted for this country.