10 Lines on Battle of Chausa: The Battle of Chausa was an outstanding military commitment between the Mughal ruler, Humayun, and the Afghan, Sher Shah Suri. It took place on June 26, 1539, at Chausa, 10 miles southwest of Buxar in current Bihar, India. Humayun got away from the combat zone to spare his life. Sher Shah was successful and delegated himself Farid al-Din Sher Shah. One of eight children of Ḥasan Khan, a pony raiser, Farid defied his dad and left home to enroll as a warrior in the administration of Jamal Khan, the legislative leader of Jaunpur. He later worked for the Mughal lord of Bihar, who compensated him for grit with the title of Sher Khan. 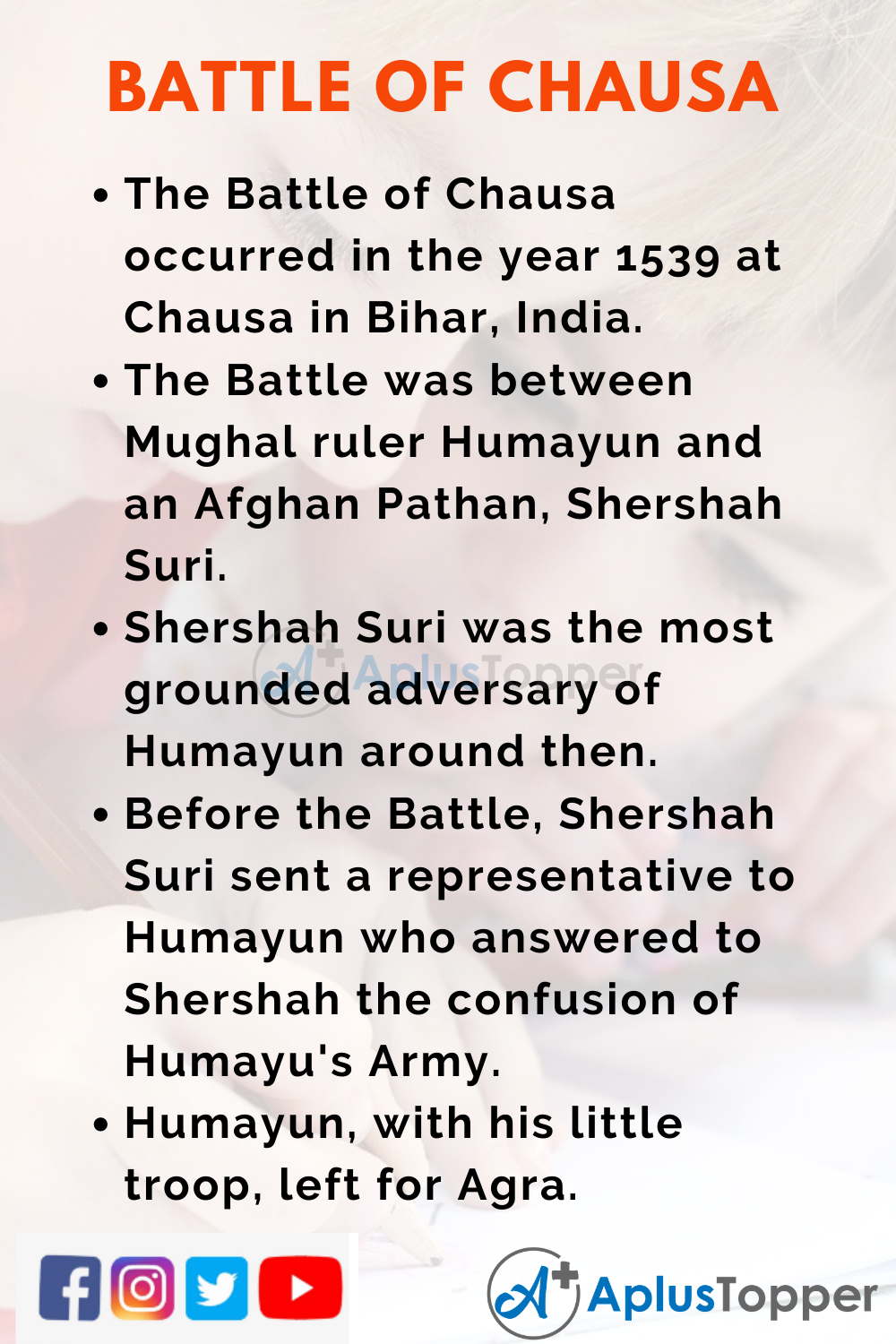 Set 2 – 10 Lines On Battle Of Chausa for School Students 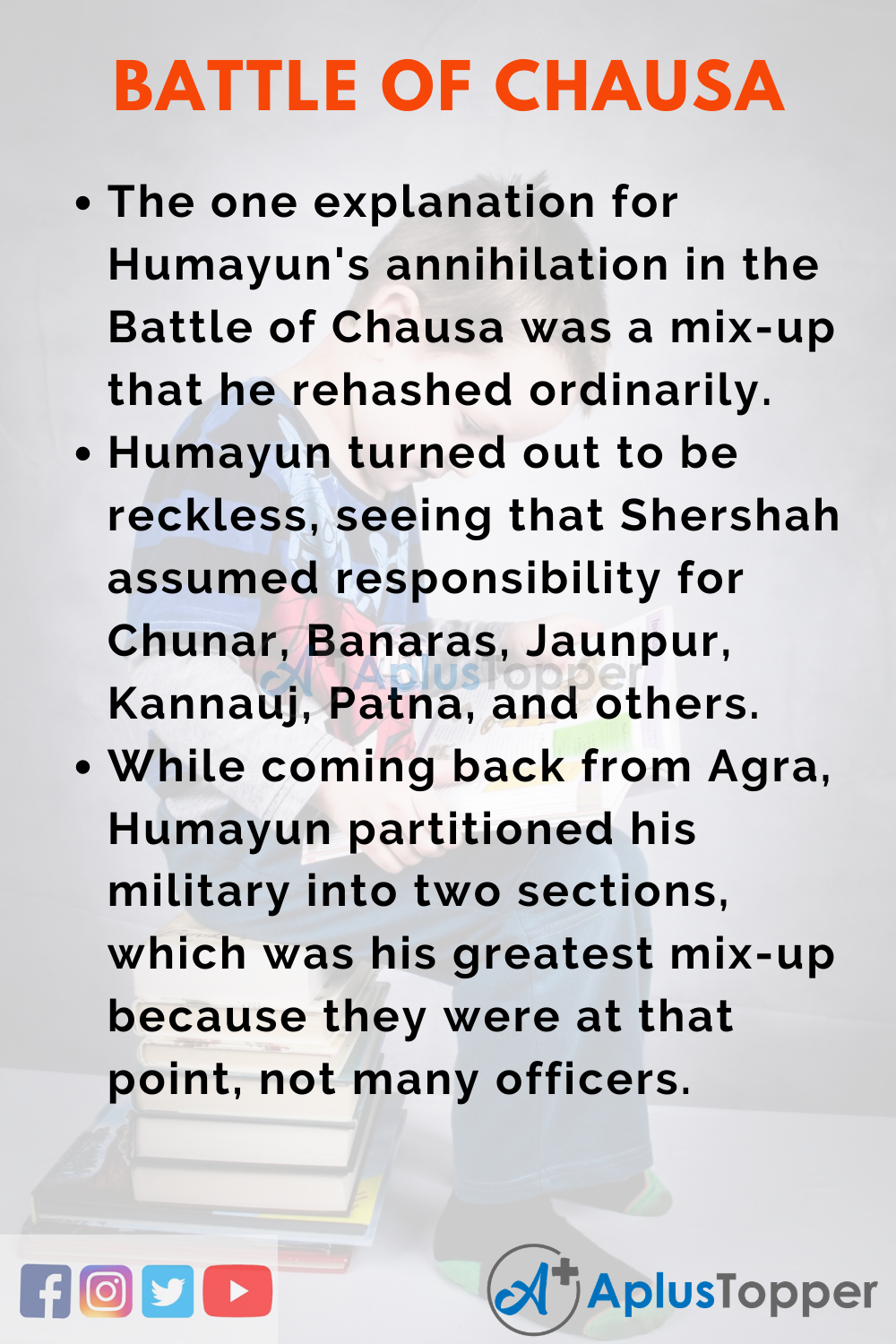 FAQ’s on 10 Lines on Battle of Chausa

Question 1.
What is the centrality of the Battle of Chausa and Kannauj?

Answer:
Aspirations of Babur and RanaSanga is the centre of the war. Both had a strong desire for name and distinction.

Question 2.
When was the Battle of Chausa held?

Answer:
The Battle of Chausa took place on 26 June 1539 at Chausa, 10 miles southwest of Buxar in cutting edge Bihar, India.

Question 3.
Who was the first Mughal head?

Answer:
Babur, the first Mughal sovereign, was conceived in present-day Uzbekistan and became the leader of Kabul in Afghanistan.

Answer:
The forceful Ahoms battled and won against the Mughal realm seventeen times.