10 Lines on Aquatic Animals: Did you know that the popular cartoon Sponge Bob Square Pants is an undersea sponge? A sea sponge is one of the aquatic animals, who have a more rounded shape.

Aquatic animals are those animals that live underwater. There are a vast variety of aquatic creatures with unique characteristics. They live within saltwater liken the ocean, or in freshwaters like the rivers, lakes, and ponds.

Aquatic animals include groups of animals that live underwater, and every creature are of great importance. Among all of them, the vastest and the still mysterious living zone is aquatic life.

We have provided ten lines on Aquatic Animals in English, to aid you in paragraph writings and essays on this topic as well to assist you during competitive exams and G.K. quizzes. 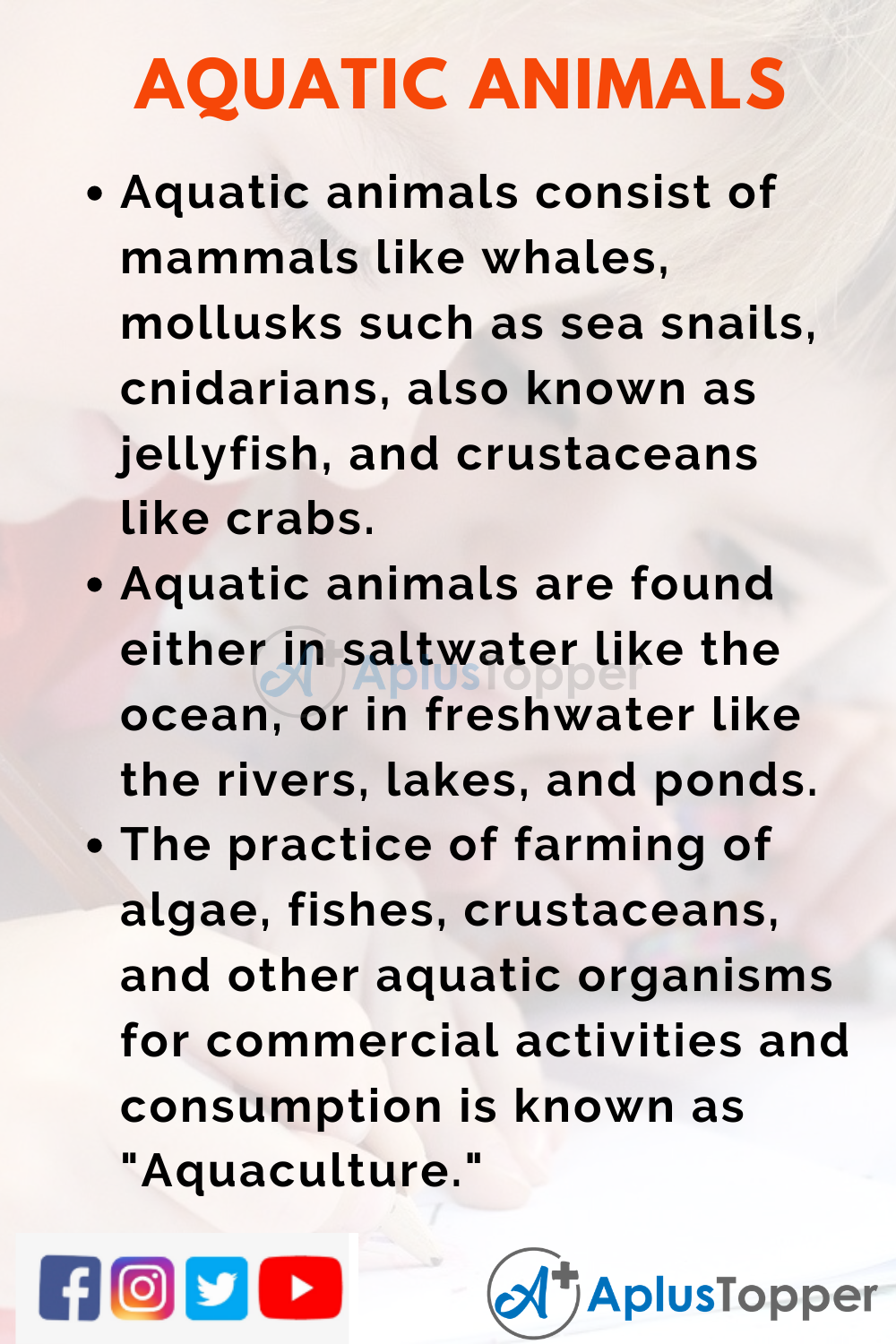 FAQ’s on 10 Lines on Aquatic Animals

Question 1.
What are the Aquatic Animals?

Answer:
Aquatic animals are those animals that live underwater and are a wide variety with unique characteristics.

Question 3.
How has man affected the Aquatic animals?

Answer:
The high chemical content from industries, manufacturing companies, and oil refineries highly pollute, and the dumping of plastics have damaged, injured, and killed many aquatic lifeforms.

Question 4.
What are the Acts undertaken by the Indian Government?

Answer:
The Maritime Zones of India Act 1976 and The Coast Guard Act 1978 are the two Acts undertaken by the Indian Government.