Set 1 – 10 Lines on Agriculture for Kids 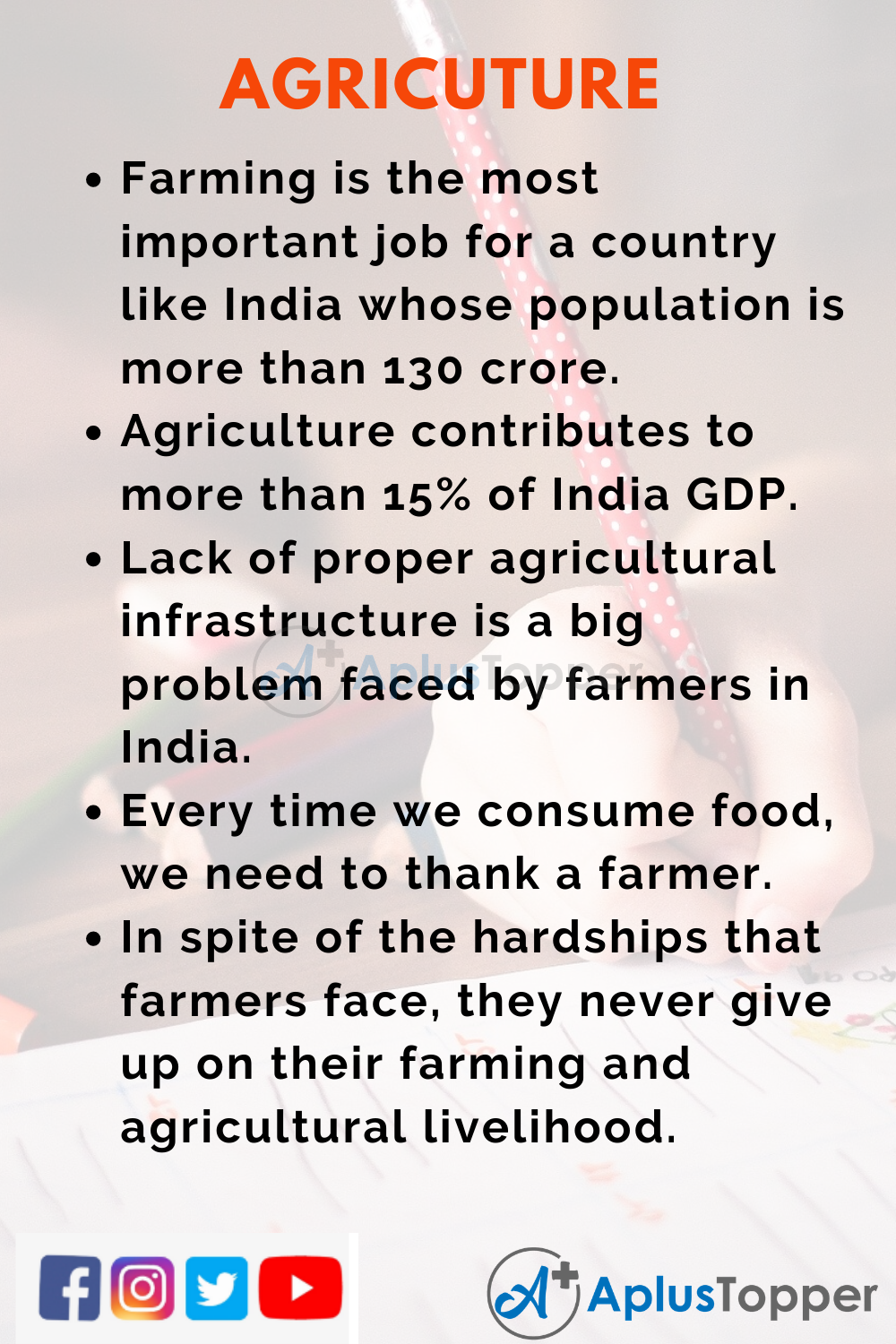 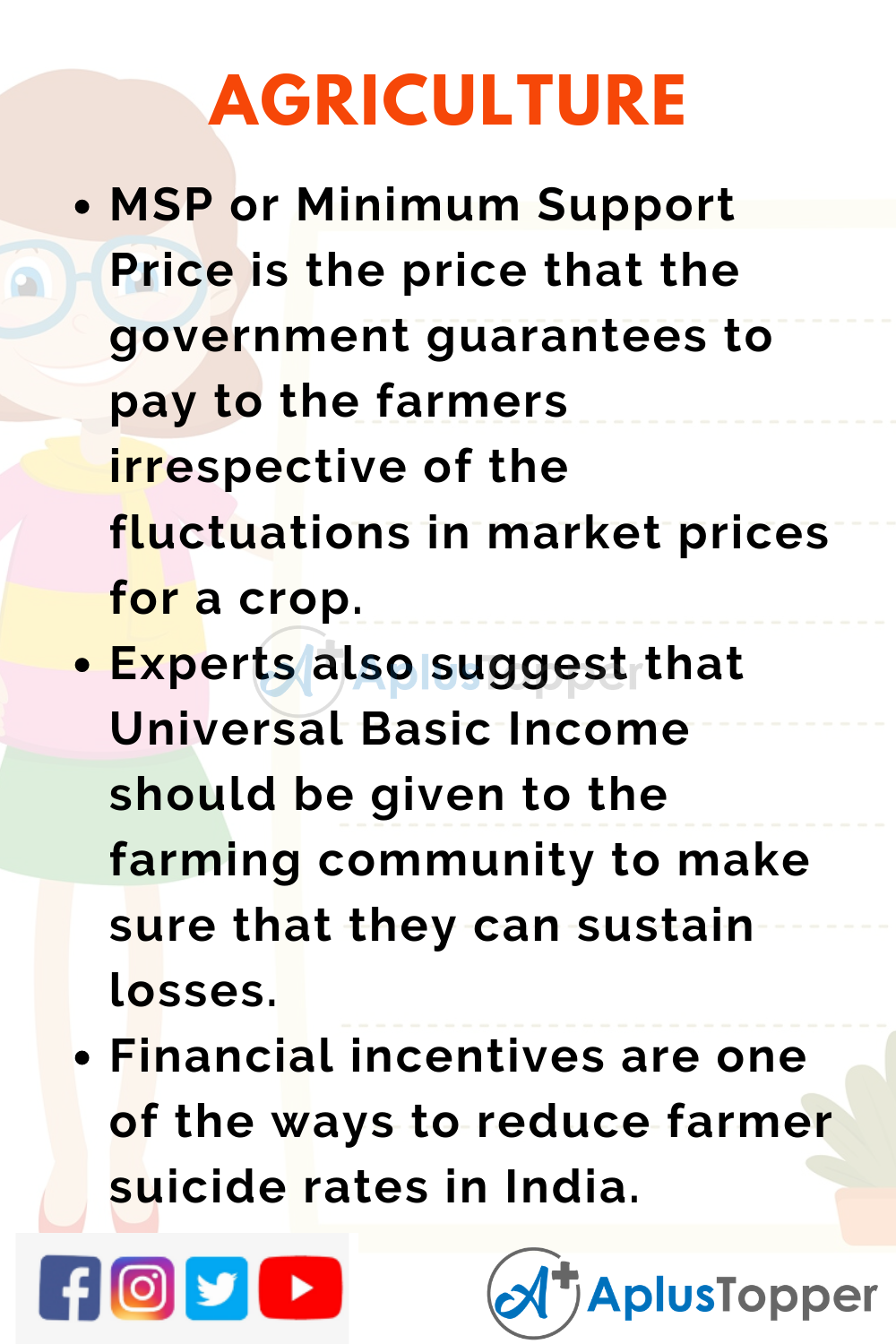 FAQs on 10 Lines on Agriculture

Question 1.
What is the importance of agriculture in India?

Answer:
The agricultural industry contributes to more than 15 % of India’s GDP and is highly important for the employability of Indians

Question 2.
How to improve agricultural practices in India?

Answer:
The agricultural industry should be technology-driven to develop sustainable and smart agricultural solutions

Question 3.
What are the problems faced by farmers in India?

Answer:
Corruption in the pricing of crops, unpredictable climatic conditions and lack of proper agricultural Infrastructures are some of the problems faced by farmers in India

Question 4.
Which country is the highest producer of milk in the world?

Answer:
Thanks to the white revolution that took place in Gujarat by Dr Varghese Kurian, India is the largest producer of milk in the world