Why Do People Lie Essay: A lie can be defined as an act of dishonesty or misrepresentation in which a person who makes a statement to another person conceals, misrepresents, or distorts the truth with the goal of creating false belief in that other person. The things that are being lied about may or may not be true, but are generally things that are private or personal. The act of lying has been around ever since the evolution of human language and speech.

The consequences of lying to someone can depend on the circumstances. For example, if a person lies in order to avoid being hurt, they may have a different set of consequences than if they lied to obtain money from somebody else. There are a few theories that explain why we lie and how we can create agreements that make people more honest. We will look at these theories and discuss the impacts of each in this essay.

People lie for many reasons. Some of the most common are to protect themselves, their image, or to be polite. In a survey, researchers found that the top motivation for lying is to avoid hurting the other person’s feelings. This is because people want to appear likable and trustworthy. They want to avoid being judged because (most) people are insecure about themselves.

Other reasons that make people lie are as follows:

What is the Psychology Behind Lying?

Lying is something that most people do at some point in their lives. We all know that lying is wrong, but the psychology behind it is a complex topic. According to research, there are five reasons why somebody might lie: to avoid punishment, to avoid hurt feelings, for self-esteem enhancement, for personal gain, and out of habit. Interestingly, the psychology behind lying is not black and white, but revolves around a “grey” area. Another aspect of lies is that it has a snowball effect – that is, the more you lie, the more excuses you have to make up. And the more you make up, the bigger your lies become. Even a little white lie can eventually snowball into many lies, making it harder to keep a track of the lies. However, there are some ethical aspects to lying. For instance, a child who is home alone might lie to a stranger that his parents are at home and are sleeping. This might dissuade the stranger to continue interacting with the child.

Spotting A Liar – A Technique to Detect a Liar

Most of us have stereotypical views about a liar’s behaviour – such as stuttering, avoiding eye contact and fidgeting. However, these signs are not reliable and can also mislead people. So how does one identify a liar? The answer is – it is not quite easy to spot a liar, and it becomes especially difficult if the person in question is a chronic liar. However, there are a few ways to identify if someone is lying. Moreover, you will have to pay attention and also have a keen eye to spot a liar as the tell-tale signs of lying are very subtle and easy to miss.

Please note, this technique might not apply to everyone, because each individual may react differently when lying. 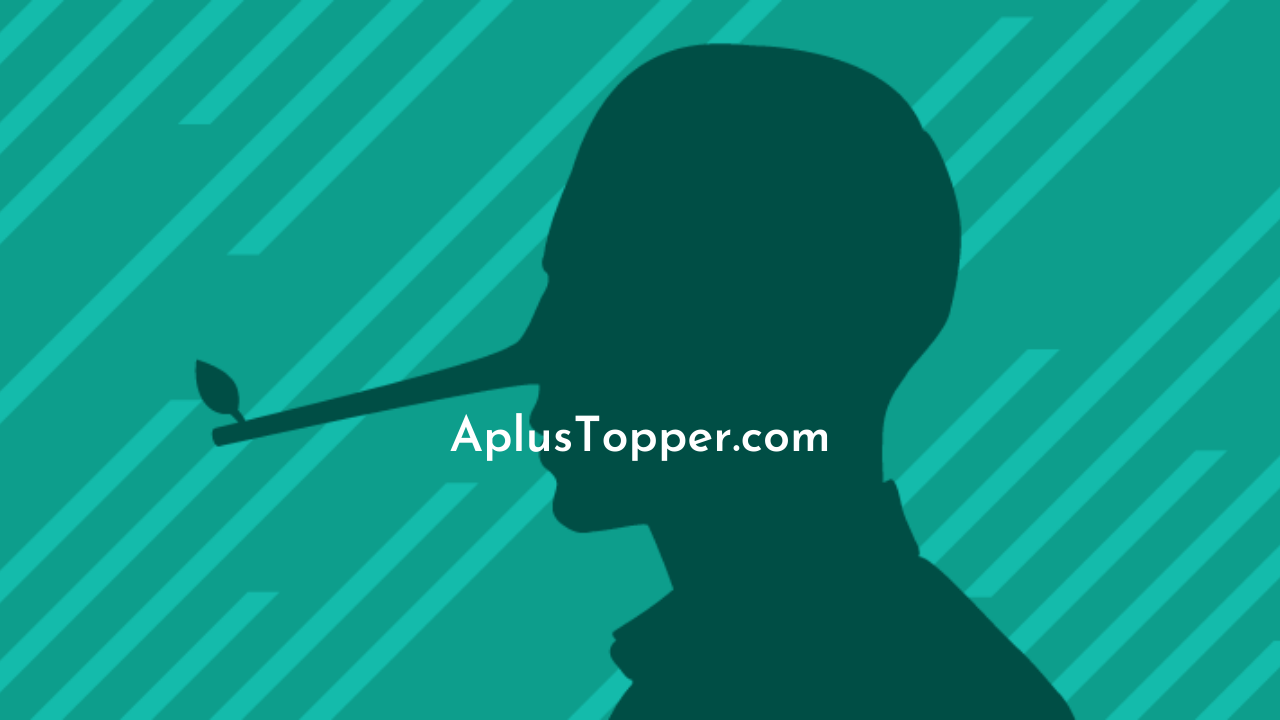 Conclusion on Why Do People Lie Essay

Some people lie because they are afraid of the consequences. For example, being caught by parents for misdeeds, or being punished for not doing chores. The most common reason why people lie is to avoid hurting others’ feelings. Regardless, a lie, in most cases, can be detrimental to the liar as they will have to fabricate more lies in order to cover their initial lie. Hence, it is always better to tell the truth.

FAQ’s on Why People Lie

Answer:
A lie is defined as an intentional act to mislead or deceive another. A liar is someone who says something that they know to be untrue.

Question 2.
What is a white lie? How is it harmful?

Answer:
“White lies” are simply lies told with the intent to spare someone’s feelings. However, these lies can be harmful because they can steer someone in the wrong direction or into a plan that is not well thought out.

Question 3.
What are the reasons that make people lie?

Answer:
The reasons for lying may vary, but the consequences are the same. Oftentimes, people lie to avoid something negative. Lying creates a false sense of security and happiness. It can seem like a great option in the moment, but being dishonest can have catastrophic outcomes in the future.