Unemployment In India Essay: Creating new jobs is a crucial task and plays an important role in the economy. The economic crises has become a social crises for most countries leading to a high unemployment rate. Unemployment is a state when people have the potential and ability to work and earn but finds no remunerative work. It can also be stated as “condition of involuntary idleness.”

Long Essay on Unemployment In India 500 Words in English

Below we have given a long essay on Unemployment In India of 500 words is helpful for classes 7, 8, 9 and 10 and Competitive Exam Aspirants. This long essay on the topic is suitable for students of class 7 to class 10, and also for competitive exam aspirants.

The recent trillion dollar meltdown of US, the Eurozone crises have changed the economic landscape of the world. Many developed countries that were doing well, suddenly are grappling with pilling debt, a banking crises and a slowdown. So, unemployment which is bothering India, is infact a global issue effecting lots of countries together.

Unemployment records in India are kept by the Ministry of Labour and Employment of India. From 1983 till 2011, unemployment rate in India averaged 7.6% reaching all time high in December 2010 and a record low of 3.8% in December 2011. A large pool of youth in the age group of 18-25 years, despite being skilled, are facing unemployment since there are not enough opportunities for them. Interestingly, the gap between rural and urban employment rate is also not very wide. But since India has the largest population of youth in the world, the impact of declining financial market is worst in India.

As the term itself suggests, technological unemployment occurs when introduction of technology displaces manpower. Factors like lack of capital, lack of investment, low production, decline in business cycle, dislocation of industries, deflation, use of technology etc., are the basic causes of unemployment. Besides these economic causes, unemployment can be caused due to various social factors too, like geographical immobility, rapid growth of population, defective system of education, lack of experience, lack of vocational training, illness or disability. Another very important social factor is the demand for certain white collar jobs and the attitude of the society to look down upon certain jobs such as teaching or salesmanship, which also causes unemployment. The desire for social acceptance through made-up social status too causes unemployment.

Unemployment, thus causes disillusionment, frustration and dissatisfaction. This gives rise to cynicism and dissipates the energy of the youth in destructive directions. Thus, they resort to crime, violence, anti-social activities or even worse they try to take a short cut to achieve the much sought after social status. This explains the number of bank robberies, online money/financial frauds etc. Even suicidal tendencies are on a rise due to social humiliation and deprivation.

These crises have taken its toll so much that various movies on this subject have also been produced. Movies like ‘Wolf of Wall Street’, ‘Badmaash Company’ and ‘Desi Boyz’ are examples of such movies depicting how market slowdown has taken people to wrong places, even to committing crimes. Though education level in recent years has increased but skill development is still a crucial issue. Moreover, poverty, limited access to skill based education, work experience are some of the major factors that lead to unemployment and under-employment. Current Prime Minister Narendra Modi too has emphasised on skill development of youth so that they would be able to fulfil the mission of nation building.

Government should set-up their efforts to support skill and retraining activities to address the gaps between demand and supply of work skills and qualifications. The country needs to take a serious look at its present scenario and think of some serious remedial measures to face the mammoth problem of unemployment. 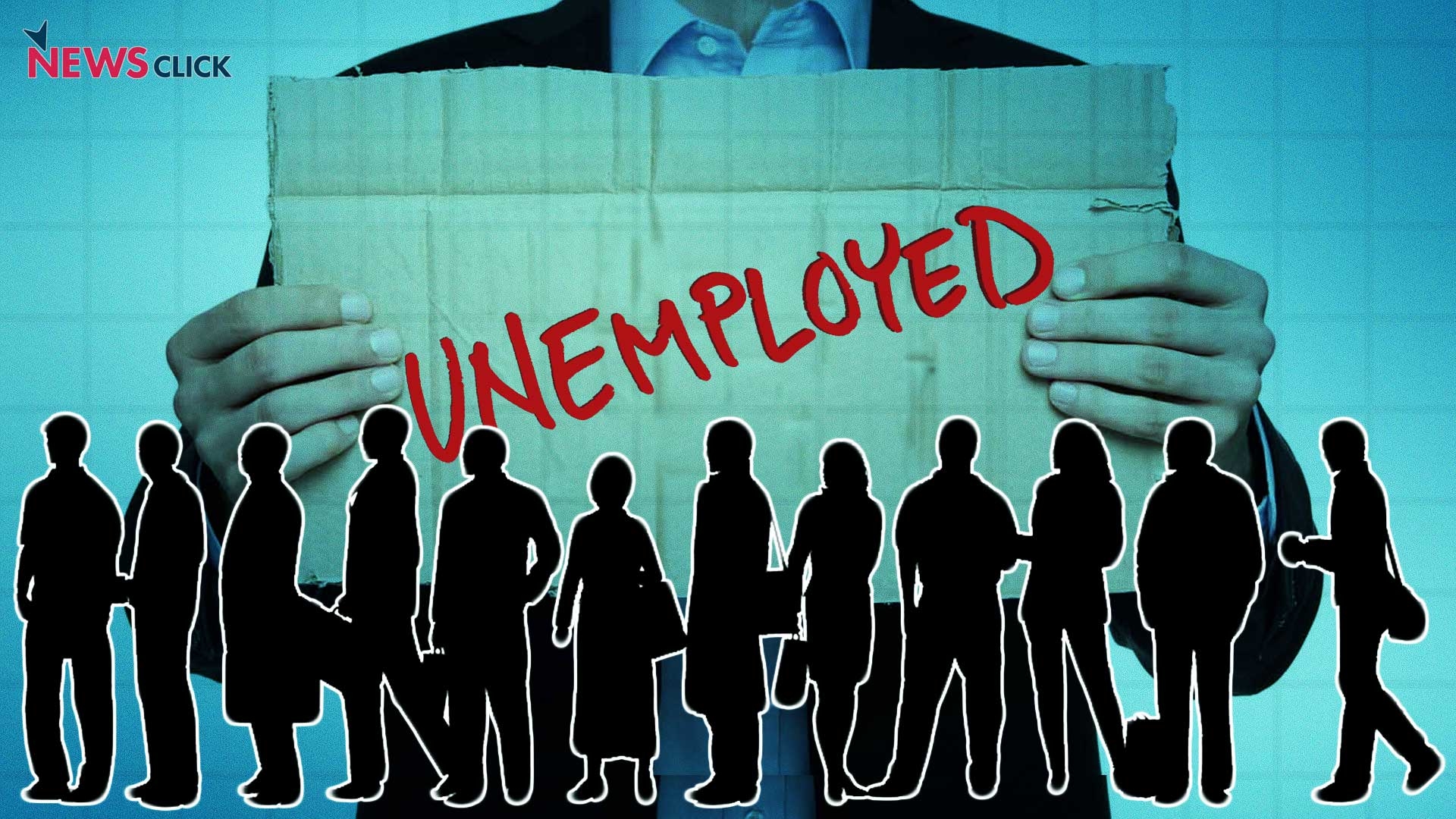 Short Essay on Unemployment In India 200 Words in English

Below we have given a short essay on Unemployment In India is for Classes 1, 2, 3, 4, 5, and 6. This short essay on the topic is suitable for students of class 6 and below.

The society has to change its outlook on white collar and blue collar jobs, along with a change in education system and needs to create more opportunities of self-employment. Stress on vocational training is needed urgently. Then only we can overcome the growing problem of unemployment in the country.

The Government of India has taken several steps to decrease the unemployment rate like launching Mahatma Gandhi National Rural Employment Guarantee Scheme which guarantees a 100 day employment to an unemployed person in a year. The scheme of unemployment allowance was launched by Samajwadi Party wherein Uttar Pradesh Chief Minister Akhilesh Yadav distributed allowance of ₹ 1000 per month to the unemployed youths in the age group of 25-40.

Drought Prone Area Programme proved fruitful particularly in removing seasonal unemployment in about 13 states. Self-employment training was also given to young men along with which financial assistance from the bank was also extended. Government also helps people to get employment abroad. With the recent development, wherein Prime Minister Narendra Modi is calling foreign investors to set up industries in India, soon the problem of unemployment would be seen as a thing of the past.