There are different types of nouns. Understanding the rules of other nouns will help you identify the type of noun you have to use in a particular sentence.

Let us discuss the types of nouns now.

Exceptional cases where ‘the’ is used before proper nouns:

You have to use “the” for the names that are made with “of”:

You have to use “the” for country names, which include “States,” “Republic,” “Kingdom,” etc.:

You have to use “the” for names of oceans, seas, rivers, and canals.

You have to use “the” for plural names of places and people.

Differences Between Proper And Common Nouns

Days of the week

Despicable Me, War and Peace

Common nouns start with a capital letter only when they are at the beginning of a sentence.

Common nouns are further classified into some types. They are:

Abstract nouns: Abstract nouns are those in the mind that cannot be touched, felt or seen, meaning they have no physical reality. They refer to states of being, conditions, theories, relationships, qualities, and ideas. Your five senses will not detect abstract nouns- you cannot touch, hear, taste, smell or see it.

Example: Fear can be called an abstract noun as it is a feeling; though you can see what you are scared of, you may not see or feel the feeling.

Concrete nouns: These nouns are opposite to abstract nouns. These nouns exist physically and can be tasted, heard, smelled, touched, or seen. You can touch or see concrete nouns.

Collective Nouns: As the name indicates, these nouns are used for a group of things or people. Collective nouns can be both plurals or single based on the sense of the sentences.

Example: a decision, an attack, by me, of men, drawing.

Other Types of Nouns

Now that you know different types of nouns let us see some techniques to identify a word as a noun.

Techniques of Recognizing a Noun

The techniques of recognizing a noun are:

By Identifying the Ending of a Word

Some common endings in a word will help you identify it as a noun, for example: 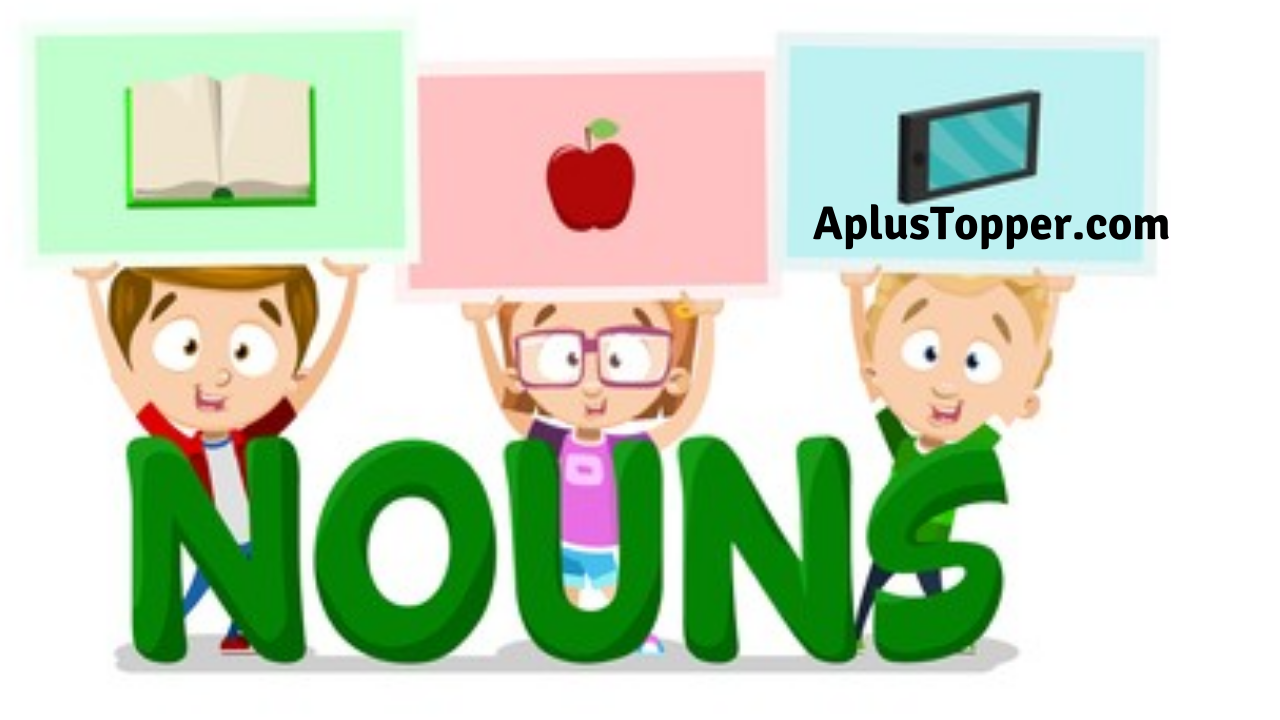 Position Of The Word In A Sentence

You can recognize a noun by the position it is in a sentence. Nouns mostly come after the determiners like such, my, this, the, an, a.

Nouns often come after one or more adjectives

The Function Of The Word In A Sentence

The nouns have some functions in a sentence.

But object or subject in a sentence is not always nouns. They can be a phrase or a pronoun. For example, in the My doctor works hard sentence, the doctor is the noun, but the subject is my doctor.

Now that we have seen types of nouns, let us know what nouns do in a sentence:

Example: The students have studied the grammar happily. – In this sentence, students act as subjects.

Example: The students have studied the grammar happily.- In this sentence, grammar act as a direct object.

Example: He taught his friends grammar. – In this sentence, friends serve as an indirect object.

Example: His friends smiled with glee. –In this sentence, glee serves as the object of the preposition.

Example: Those were grammar champions. In this sentence, champions serve as the predicate nouns.

Example: They have elected my aunt mayor Here, the mayor serves as an objective complement in the sentence.

Example: My sister Shelley likes candies.- In this sentence, Shelly is the appositive. Shelly renames the subject friend in the sentence.

Conclusion on Types of Nouns

Now that you have seen what nouns are, their type, easy identification, and functionality in a sentence, you might have understood that nouns are significant. Understanding nouns is essential because it refers to those words in a sentence giving a clear meaning. Nouns help in giving out good communication, and their absence will make sentences mostly meaningless. Make use of different types of nouns based on necessity in your sentences, and whenever you come across a sentence, try to identify the type of noun used in it.