Social Evils Essay: Social evils are the issues that directly or indirectly affect the members of a society and are considered a point of controversy or a problem in regards to moral values. Common social evils include: caste system, poverty, dowry system, gender inequality, illiteracy etc. The social evils and superstitions that dominated the society over the centuries made social reforms imperative for the development of the society and the , masses. In the 1 9th century, the newly educated increasingly revolted against the rigid social conventions and outdated customs. They could no longer tolerate irrational and dehumanising social practices. Moreover, the backward features of Indian society, such as the caste system or inequality of the sexes had religious sanctions in the past. Therefore, it was necessary to reform religious practices as well.

Below we have given a long essay on Social Evils of 500 words is helpful for classes 7, 8, 9 and 10 and Competitive Exam Aspirants. This long essay on the topic is suitable for students of class 7 to class 10, and also for competitive exam aspirants.

The condition of women was pathetic. The various religions practiced in India as well as the personal laws based on them consigned women to a status inferior to that of men. Polygamy, Purdah system, Sati, Ban on widow remarriage, No education for female child, Female infanticide and Child marriage were some of the evils that had a strong grip over the society. It, thus became necessary to take women out of this degraded position and help her to realise her true potential.

The problems of female foeticide, sexual harassment at work place and their lack of . education are still prevalent; these are mainly responsible for marginalised status of women in the society. Futile glorification of Sati practice and role of women confined S to the four walls of the house, should be checked to combat evils like dowry system, female foeticide, decline in sex ratio, harassment of women etc. This can be achieved by educating women and making them financially independent. Dowry in India, the practice of endowing gifts to the groom by the bride’s family, is a tradition which changed its meaning from willingly offering gifts to demanding astronomical amounts. It not only puts immense pressure on the parents, but also brings them under the burden of huge debt. The inhumane circumstances created by groom’s family push many girls to resort to suicide or murder. All these factors together, has only worsened the inequality between the sexes.

To overcome these, government had put forward a number of steps for women empowerment like the passing of Women Reservation Bill in Rajya Sabha, laws against female foeticide, Dowry Prohibition Act etc.

Our society is facing rapid criminalisation of the polity, which could also be termed as corruption. This could be the result of the fact that criminals have understood the mechanics of the electoral process and have themselves become contenders for power. Earlier, politicians patronised criminals and provided them protection from the law-enforcement agencies in exchange for the use of their muscle power during elections. And now it is the opposite, with the criminals themselves taking over the reigns of power to meet their selfish ends and patronising the politicians and their parties.

Our freedom fighters and national leaders had set high ethical and moral standards in public life and they scrupulously followed those principles. This tendency, it is painfully observed, is now on decline. There has been a wide and critical collapse of moral values in all walks of life which is adversely affecting our global, political and trade relations, and national economy. Barring this, the caste system, is another curse in society. Though not so rigidly in urban areas, it is still practiced in rural areas with the same degree of rigidness.

Caste decides man’s marriage, social circle and profession. The untouchables suffer from numerous disabilities and restrictions. Their dress, food, place of residence, all are in degraded state. Not only it is humiliating and inhuman, and against the democratic principle of equality by birth, it is also a cause of social disintegration. It is believed that the 16th century Babri Mosque was destroyed by the members of Hindu nationalist and Bajrang Dal in 1992, resulting in nationwide religious riots. Constitutionally, India is a secular state, but large scale violence have periodically occurred in India since Independence. In recent decades, communal tensions and religion based politics have become more prominent, coinciding with a rise in Islamic terrorism.

A large section of the Indian society is suffering from poverty. Poverty is a phenomenon which is objective as well as subjective. Objectively, poverty implies a dehumanising condition in which people are unable to look after their basic needs. Subjectively, poverty stands for perceived deprivation. Poor people lack the necessary resources and capacity to satisfy basic needs like food, shelter, health and education. Around 27 crore people live below the poverty line in India. Poor people live under difficult conditions which are not conducive to development of their human potential. Poverty interferes with development in many ways. For instance lack of or inadequate nutrition arrests mental development during early childhood. A large section of poor children do not go to school. Even if they go, they become drop outs and fail to complete their education.

Apparently, illiteracy is the root cause of all the social issues in our society. It is a hurdle to’the social, political and economic growth of the country which keeps people chained to ignorance. Illiteracy leads to over-population which is the basis of all the existing social problems. Firstly, the illiterate people do not know the value of family planning. They give birth to many children. In some Asian societies, it is very preferable to have a son in the family. They think that their son would be the lord of their property and family name. Secondly, poor people think that if they have a number of children they would earn a lot of money. Therefore, their big family would be beneficial for them. In addition to this, female literacy rate is very low. And when the female literacy rate is low in a country, then the growth of the country is sluggish because woman’s education impacts every member of the family.

Illiteracy and lack of education give birth to another social evil that is ‘superstition’, which is still prevalent in the Indian society, even in this modern era. Superstitions like, one should not leave home if anyone sneezes or if a cat crosses the path, seeing a one eyed person or a widow early in the morning is sure to bring a bad day, hooting of an owl and the howling of a dog are all signs of ill luck or even death are quite common in our society. Sacrificing animals in the name of ‘offerings to God’, treating natural calamities as ‘weapons of destruction’, the list of superstitions is endless.

Other social issues include lack of proper sanitation wherein statistics provided by UNICEF have shown that only 31 % of India’s population is able to use proper sanitation facilities as of 2008. Another being employment issue. In the rural economy, both unemployment and under-employment exist side by side. Increasing population in rural areas implies immense pressure on land. A general inelasticity of occupational structure prevents any large movement to the other occupations in period of slack demand. 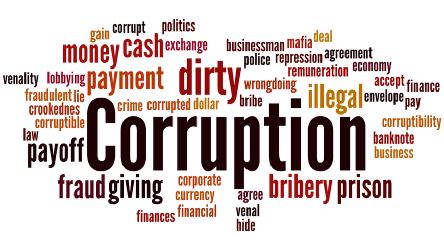 Below we have given a short essay on Social Evils is for Classes 1, 2, 3, 4, 5, and 6. This short essay on the topic is suitable for students of class 6 and below.

Other issues include female foeticide, female infanticide, drug abuse, prostitution, child labour and child abuse. Pandit Jawaharlal Nehru strongly believed, “It is science alone that can solve the problems of hunger and poverty, of insanitation and illiteracy, of superstition and deadening custom and tradition…”

To check all the issues, the first and the foremost step should be to educate people. Government too has taken constructive measures like making primary education free and compulsory for children from 6 – 14 years and child labour has been banned. ‘Sarva Shiksha Abhiyan’ is one such initiative. Government has also taken steps to reduce poverty by small farmer’s development programme, drought area development programme, minimum needs programme, assurance on employment and many other developmental schemes. A lot needs to be done to eradicate the shreds of a number of social evils still haunting our society. The citizens should strictly follow the rules as considered in the Constitution and should not perform the nefarious acts like female foeticide, bride burning, dowry, racism, gender discrimination etc. Youth, which is the strength of our nation, should strengthen the organisations having the agenda to eradicate these social problems in India by spreading awareness and by holding demonstrations. Nothing can be done sufficiently until many people understand the problem and take actions to bring a revolutionary change. Or in Albert Einstein’s words