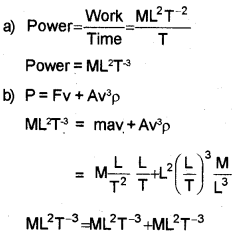 Question 6.
Significant figures determine the accuracy of the measurement of a physical quantity. (MAY – 2013)
a) The radius of a sphere is given by R = 1.03 m. How many significant figures are there in it?
b) If the percentage error in calculating the radius of the sphere is 2%, what will be the percentage error in calculating the volume?
Answer:
a) 3
b) Volume of sphere 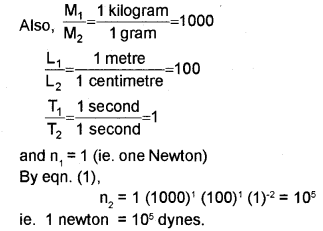 Question 10.
a) Suggest a method to measure the diameter of the Moon. (MARCH – 2015)
b) Length, breadth and thickness of a block is measured using vernier calipers. The percentage errors in the measurements are 2%, 1% and 3% respectively. Estimate the percentage error in its volume.
c) A physical quantity is given by h =\(\frac{\mathrm{Fv}^{2}}{\mathrm{~L}}\) F is the force, v is the velocity and L is the angular momentum. Find the dimensions of h.
Answer:
a) Parallax method
b) v = l b t
Percentage error in volume, 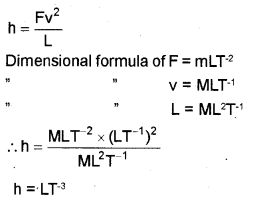 where m is the mass of the body, u is its velocity, g is the acceleration due to gravity and h is the height.
c) If percentage errors of measurement in velocity and mass are 2% and 4% respectively, what is the percentage error in kinetic energy?
Answer:
a) In an equation containing more than two terms, the dimensions of each term must be the same.
b) Dimension of (1/2 m v 2) = M x (LT– 1)2 = M L 2 T – 2
Dimension of (m g h) = M x (LT– 2) x L= M L 2 T – 2
The dimension is same on either side of the equation. Hence equation is dimensionally correct.
c) 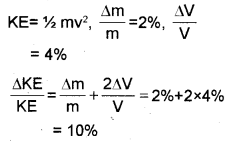 Question 12.
a) The error in the measurement of radius of a circle is 0.6%. Find the percentage error in the calculation of the area of the circle. (MARCH – 2016)
b) Name the principle used to check the correctness of an equation.
c) What is the number of significant figures in 0.00820 J?
Answer:
a)

b) The principle of homogeneity
c) 3 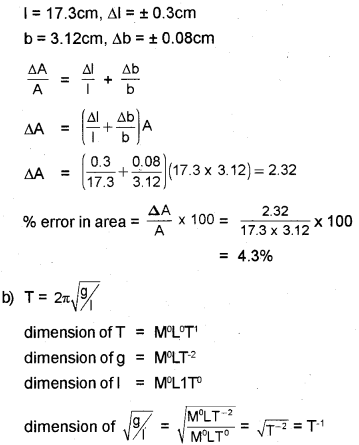 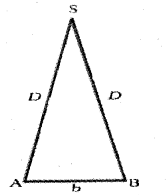 Mark the parallax angle θ in the figure. Explain how the distance ‘D’ can be measured.
b) Check whether the equation m v ² = m g h is
Answer:
a) Parallax method is used to find distance of planet or star from earth.
The distance between two points of observation (observatories) is called base. The angle between two directions of observation at the two points is called parallax angle or parallactic angle (θ).

The planet ‘s’ is at a distance ‘D’ from the surface of earth. To mea-sure D, the planet is observed from two observatories A and B (on earth). The distance between A and B is b and 0 be the parallax angle between direction of observation from A and B.

Question 15.
A company manufacturing PVC pipes claims in an advertisement that the volume of water flowing out through the pipe in a given time is as per the equation V = K A 2 u t where A is the area of cross section of the pipe, u is the speed of flow, t is the time and K is a dimensionless constant. (MAY – 2010)
a) Name the principle that can be used to check the dimensional correctness of this equation.
b) Check the equation and state whether the claim is correct.
Answer:
a) Principle of homogenity
b) V = K A 2 u t
L 3 = (L 2)2 x LT – 1 T
L 3 ≠ L 5
The claim is not correct.

Question 17.
To measure distance we use different units. Which of the following is the largest unit of length? (MAY – 2011)
a) Kilometer
b) Astronomical unit
c) Light year
d) Parsec
Answer:
d) Parsec

Taking dimensions on both sides,

So the equation is wrong.

Using dimensional method put the missing ‘C’ at proper place.
b) Name and state the principle used in solving the above problem.
Answer:
By the principle of homogenity of dimension [m] = [m0]
So \(\sqrt{1-v^{2}}\) must be dimensionless
for that \(\sqrt{1-v^{2} / c^{2}}\) is the correct form.
b) Principle of homogenity of dimension.
According to this principle, the dimensions of the fundamental quantities (mass, length and time) are same in each and every term on either side of the physical relation