Question 3.
Which of the following is a positional average?
(i) Mean
(ii) Median
(iii) Mode
(iv) All the above
Answer:
(ii) Median

Question 4.
Which of the following divides the data into four equal parts?
(i) decile
(ii) percentile
(iii) quartiles
(iv) none of the above
Answer:
(iii) quartiles

Question 7.
The most suitable average for qualitative measurement is
(i) Arithmetic mean
(ii) Median
(iii) Mode
(iv) Geometric mean
(v) None of the above
Answer:
(ii) Median

Question 10.
The average value of a given variable is known as ____
Answer:
A.M

Question 11.
Total of given variables can be depicted by _____
Answer:
Σx

Question 20.
Which average would be suitable in the following cases?

Question 3.
Give the special features of arithmetic mean.
Answer:
It is interesting to know and useful for checking your calculation that the sum of deviations of items about arithmetic mean is always equal to zero. Symbolically, S (X-X) = 0.However, arithmetic mean is affected by extreme values. Any large value, on either end, can push it up or down.

Question 6.
Give the formulae of median in all series
Answer:
Formulae of Median 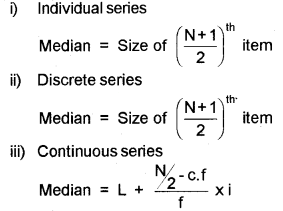 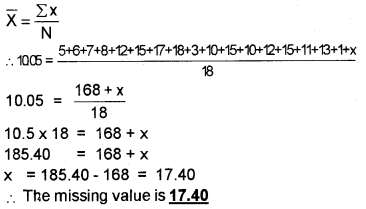 Question 2.
Write down the advantages of median.
Answer:
Merits of median:

Question 5.
The mean mark of 60 students in section A are 40 and mean mark if 40 student in section B is 35. Calculate the combined mean of all the students.
Answer: 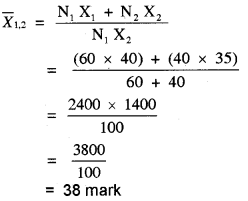 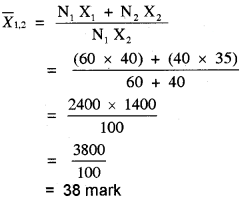 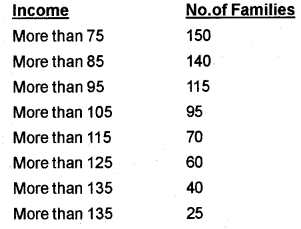 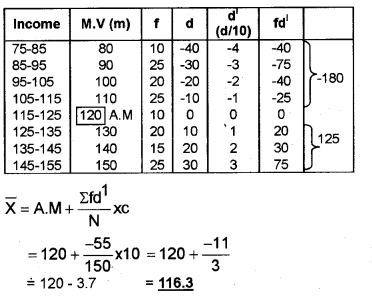 Question 3.
Calculate the median from the following data. 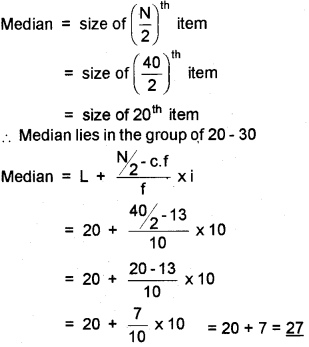 Question 1.
Comment whether the following statements are true or false.

Question 2.
There are three types of averages. Name them. Also, give appropriate definitions.
Answer:
There are several statistical measures of central tendency or “averages”. The three most commonly used averages are:

3. Mode:
The word mode has been derived from the French word “la Mode” which signifies the most fashionable values of distribution because it is repeated the highest number of times in the series. Mode is the most frequently observed data value. It is denoted by Mo.

Question 3.
What are the merits and demerits of arithmetic mean?
Answer:
1. Merits

Question 1.
Prepare a list of peculiarities of median, quartiles, and percentiles.
Answer:
1. Median

Question 2.
The daily sales of car of 20 distributing companies is given below. Calculate: 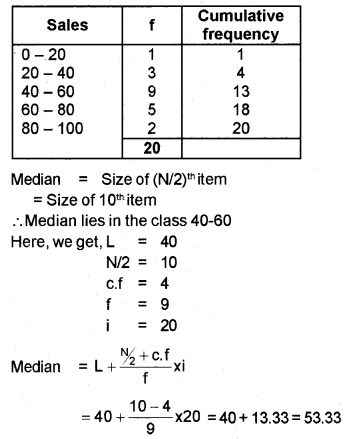 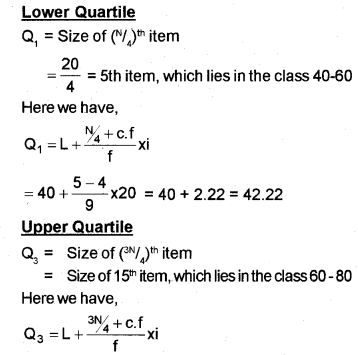 Plus One Economics Chapter Wise Questions and Answers