My Favourite Author Chetan Bhagat Essay: One doesn’t need to a be an outstanding English literate genius to be a writer; this statement is well proven by a modern day writer, Chetan Bhagat.Chetan Bhagat is one of the most popular authors in the fiction category. Known as a novelist, columnist, script writer, motivational speaker, and a youth icon, Bhagat’s work has seen treniendous popularity and success among Indian audiences. The strong contemporary topics of his novels have been transformed into movies too. In 2008, The New York Times called Bhagat “the biggest selling English language novelist in India’s history”.

Below we have given a long essay on My Favourite Author Chetan Bhagat of 500 words is helpful for classes 7, 8, 9 and 10 and Competitive Exam Aspirants. This long essay on the topic is suitable for students of class 7 to class 10, and also for competitive exam aspirants.

Bhagat, was born on 22 April, 1974 in Delhi. After completing his schooling, he got graduated from Indian Institute of Technology (IIT) Delhi and did his masters from IIM Ahmedabad. After working for eleven years in Hong Kong as an investment banker, he returned to Mumbai and began fulltime writing. He had started his novel about life on the campus of an IIT while at work only. After much struggle his first novel ‘Five Point Someone’ came in 2004 and this very first project led to immense rise in his fame. This book continues to be the most landmark book in his literary career, being the highest selling book of India till date. The book also won the Society Young Achiever’s Award and Publisher’s Recognition Award.

Bhagat had started with comedy based novel writing it in simple English. The author Samit Basu puts, “Chetan has shown how wrong Indian publishers are when they explain away their failures to sell Indian fiction to large numbers of Indians by saying there are no readers Chetan’s managed to tell them they exist.” His easy style of writing and the issues linking to everyday problems was well received by readers, particularly the youth. What is clearly evident from Bhagat’s first two books -five Point Someone and One Night at the Call Center is that Bhagat constructs his narratives around the lives of urbanised youngsters: the pressures to get into a top school, earn high grades, get a good job and find the right partner. In other words, much of his popularity can be attributed to his being able to have created a connection with Indian youth. Bhagat has written 7 books so far: Five Point Someone, One Night At the Call Center, The Three Mistakes of My Life, Two States, Revolution 2020, What Young India Wants and the latest being Half Girlfriend. Apart from writing novels, Bhagat also writes for the columns of The Times of India and Dainik Bhaskar among others. These columns have a focus on youth and national development issues.

Chetan’s columns are written in a way that directly points out the issues within our country and in many times it has even triggered discussions in the parliament. He is not only a good writer but also a motivational speaker and has given many motivational speeches at various occasions at various institutes. He has addressed issues like corruption by sending a letter to Sonia Gandhi and also has spoken about the political issues that revolved around Baba Ramdev.

Bhagat’s fame cannot be applauded for his writing only. Clearly, his success has been but a carefully calculated work, targeted to capture the mind-share of people from all across India. To cater to the mass market, the publisher had carefully played around with the price point. All of Bhagat’s novels have been priced at affordable prices, which make it possible for everybody especially students to buy and read. His other marketing strategies include the media buzz, he has his own website, his first books contains teasers of the upcoming books, he initiated the concept of selling signed copies at a premium price, and sensibly campaigns his book launches by inviting eminent personalities. Bhagat is often credited with revolutionizing the commercial fiction industry in India. Typical Indian ‘bestseller’ sold between 3,000 and 5,000 copies. But Bhagat’s novels, with sales of a staggering million copies a year, sparked off a trend itself.

Chetan Bhagat, irrespective of public opinion, continues to be a boon for the publishing industry for India has never been swept to read like this before; the sales have never been so amazing.His work struck a chord with young India, the India that never read Indian writing in fiction. Evidently, some of the readers who start with Bhagat’s fiction migrate to literary novels with time. New authors following his footsteps are only benefitting out of it, and same holds true for the old authors who could capitalise on the widening market. Even to this day, almost ten years since his first book appeared in the market, his book occupies prime space in all the bookstalls of even the smallest’railway stations.

People know that his work is nowhere close to the literary works of Shakespeare; instead he writes that appeals to the mass population. Critics argues that his novels lack substance, yet he ignores them citing he writes stories that people can relate to, and so goes on to come up with something new everytime. As a scriptwriter he has himself written the story of his books into movies which has proved to be the blockbuster hits. In 2010, Time magazine named him as ‘One of the 100 Most Influential People in the World’. He has renewed the definition of a talented IIT engineers who were thought to be the bookworms, lacking fun in life. Instead his educational background has boosted his portfolio. Many engineers themselves have turned to write just like him. 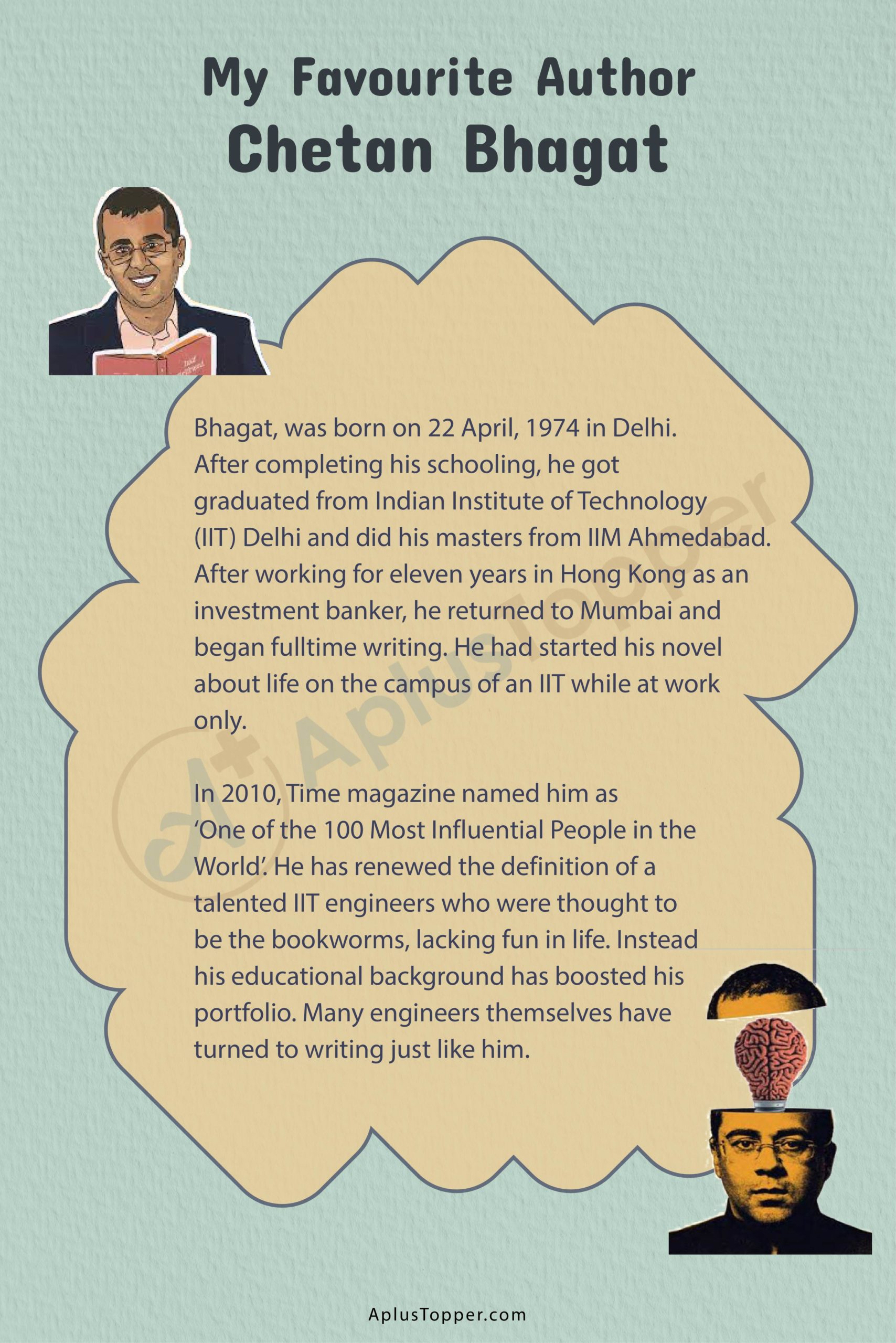