Indira Gandhi Essay: Indira Gandhi, the first and the only women Prime Minister of India till date, is also considered as one of the boldest and dynamic leaders in the world. Indira Gandhi fought all odds against her to fight terrorism and undemocratic values in the country. She sacrificed her own life for the sake of the nation.

In this Indira Gandhi Essay, we shall be talking about her personality and the landmark decisions she took as the topmost leader of the country which has an impact even in the 21st century. We shall also be talking about what her elevation to the prime Minster’s office to the women empowerment and the movement of feminism around the world means. 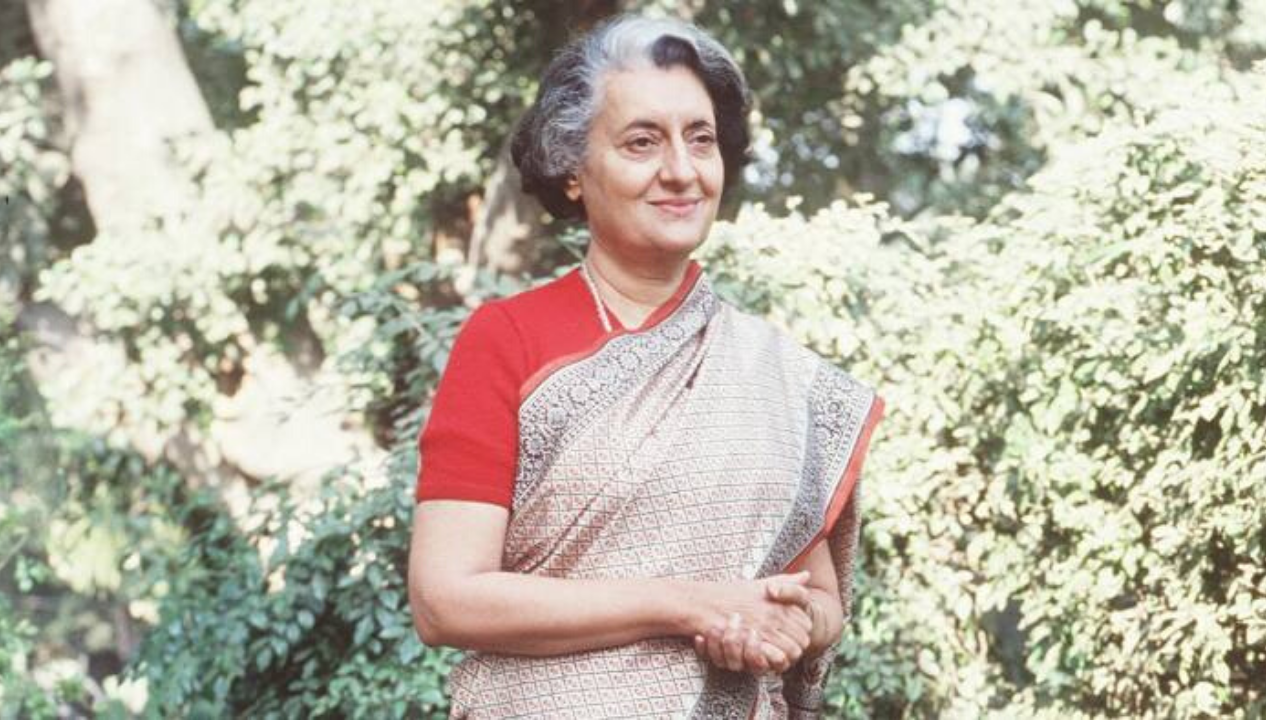 Indira Gandhi, born on 19th November 1917 in Uttar Pradesh, was the daughter of the former and the first Prime Minister of India, Pandit Jawaharlal Nehru. Indira Gandhi, during her childhood, was one of the brightest and most intelligent students in the school. She was considered to have taken up leadership roles right from school and college days. And the things she learnt as a kid helped grow as one of the greatest leaders the world has ever seen. After the untimely death of former Prime Minister of India, Lal Bahadhur Shastri, Indira Gandhi took the responsibility of running the country as the third Prime Minister of India on 24th January 1966. Having born in a family of freedom fighters and seasoned politicians, the political game of Mrs Indira Gandhi was strong as ever. Before becoming the Prime Minister, she was Information and Broadcasting minister as well.

Her tenure as Prime Minister of India was filled with ups and downs. It was under her visionary leadership that India won the war against Pakistan in 1970. She played a pivotal role in creating the country of Bangladesh and freed it from the control of Pakistan (formerly known as East Pakistan). In the year 1970, she nationalized all the banks in India. This move provided a strong economic forum for the country. The impact of the nationalization of banks is seen even in the 21st century.

For today’s youth, given the changing power dynamics in the country, know very less about the legend of Indira Gandhi. She is most popularly known in the country for imposing emergency upon the nation in the year 1977. While many people criticise her for this move because of the breakdown of law and order and creating a state of authoritarianism in a democratic country, Indira Gandhi imposed emergency to curtail the anti-democratic and anti-national elements. Even though she knew that it would affect her election prospects, she went ahead and imposed the National Emergency Act, because, for a leader like Indira Gandhi, the country is a higher priority than herself.

In this Indira Gandhi Essay, we shall also be talking about what her Prime Ministerialship represents for women in the world and not just talk about what she has done for the country. Being the first and the only women to hold the most powerful position in the country, former Prime Minister Indira Gandhi was the first to break the glass ceiling in a country where women are discriminated in all spheres of life. Till today, the United States of America could not break the glass ceiling and all the presidents of the USA are male till date. But Indians, long back in the 1970s, put their trust in a female leader and the results can be seen. India was among the fastest-growing economies in her regime. Her elevation to power pushed and gave confidence to hundreds and thousands of women around the world to break the stereotype and succeed in their lives.

The most tragic aspect of Mrs Indira Gandhi’s life was that she was assassinated by her own bodyguard while she was serving for the country selflessly. After the emergency was lifted, as expected, she lost elections. But in her second term of the office, she got back into the leadership role at a time when the Khalistan movement was at its peak. The demand for a separate sovereign country for Sikhs in Punjab was growing older and uglier by the day. There was intelligence information that terrorists were hiding in the golden temple at Amritsar with hoards of arms and ammunition.

To prevent violence and terror activities from being unleashed on the country, Indira Gandhi approved Operation Blue Star, to eliminate these terrorists from inside the temple. Ths decision was seen as anti-Sikh movement and turned into a religious fight against Indira Gandhi. Things took a tragic turn on 31st October 1984 when she was killed in cold blood. Indira Gandhi, from being one the most loved and respected leader in the world succumbed to hatred and politics of India.

Besides being someone who broke the gender stereotype and made it to the top echelons of our country, she is known for her bold and cold decisions that she took during her tenure that stabilised the democratic values of our country. She declared a national emergency to curtail the anti-national and anti-democratic activities from the opposition party. Many critics refer to the emergency as the black and dark days of our country. She lost the elections thereafter but soon in the 1980s, she gained back the popularity for the second term in office. As much as the first term was a roller coaster ride, the second term was filled with anger and hatred by the Khalistan movement.

Mrs Indira Gandhi was assassinated in cold blood on the 31st of October, 1984 due to anti-Sikh movements against her because the decisions she took to eliminated terrorist activities inside the golden temple in Amritsar through Operation Bluestar.

Question 1.
Who was Indira Gandhi?

Question 2.
How was Indira Gandhi killed?

Answer:
Indira Gandhi was shot dead by her Sikh bodyguards in the year 1984  after the completion of Operation Bluestar

Answer:
No, Indira Gandhi was not related to Mahatma Gandhi. Her husband Feroz Gandhi took the name of the father of the nation after being inspired by his freedom movement.

Question 4.
Why did Indira Gandhi declare an emergency?

Answer:
Indira Gandhi declared an emergency in 1977 to keep law and order in the country stable because of the massive protests and riots instigated by the opposition party