India Through My Eyes Essay: Beauty lies in the eyes of beholder and recognition of qualities lies in the mind of one who feels, understands and realizes. Really there is nothing like India. She stands apart. 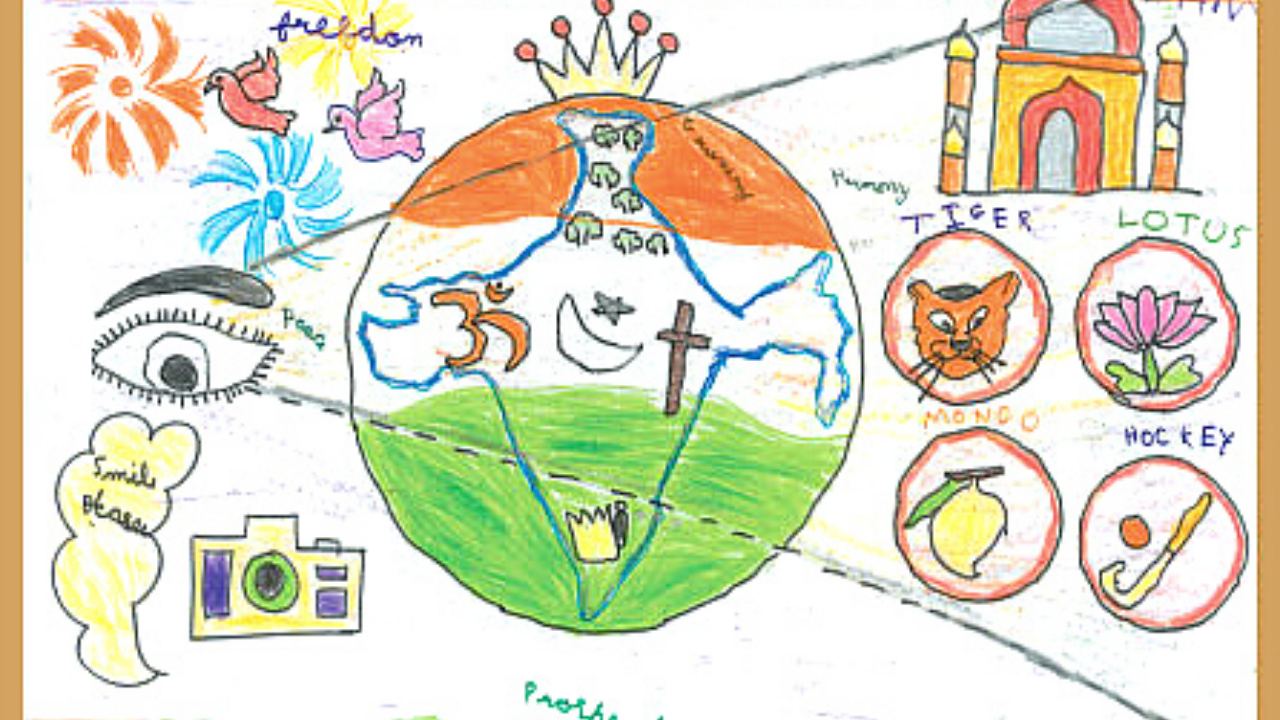 Long Essay on India Through My Eyes 500 Words in English

Below we have given a long essay on India Through My Eyes of 500 words is helpful for classes 7, 8, 9 and 10 and Competitive Exam Aspirants. This long essay on the topic is suitable for students of class 7 to class 10, and also for competitive exam aspirants.

The qualities that make India different from any other country are her rich culture, civilization, values, ethics, spiritual powers and her people. We feel proud of our rich heritage. When other countries were in their cradles. India was at the peak be it art, literature, medicine and science. Centuries before we had developed aircraft as is depicted in the great epic Ramayana.

Our Vedas were written when other nations were developing their alphabets. In architecture India has no equal. The palaces, the Mandapams and other world-famous buildings of Ancient India, middle ages and Monghul period are the proof of this fact.

In medicine the treatment of cancer, known as KarkatRoga was found very early and the physicians could treat it successfully. Vedas, Ramayan, Geeta are not only religious books but their literary qualities have no parallel,. In later age, Kalidas’ Abhigyan Shakuntalam, Van Bhatt’s Kadambari and others stand unique and unequalled.

In Mathematics, it is India who gifted the world the numeral zero (0). India has been the acclaimed Gum of Yoga and spiritual powers. In the account of Megasthense, the famous traveller who visited India during Chandra Gupta Maurya’s rule certifies it. We Indians never cared much for the pleasures of body, we never went much for the luxuries of life, although we had them in abundance. It does not mean that we were not human, or we did not enjoy them. These pleasures of body, these cravings for external joys made us study them like science. Kam Sutra explains our thought processes. We believed in such enjoyments as the way of life, but we were not their slaves. We believed in spirituality, powers of mind and inner strength.

It is the inner strength which bestows upon us the capacity to adopt to adjust and to absorb the changes of life and never be defeated. Since times immemorial, India has been following the maxims of universal brotherhood or Vasudhaiv Kutumbakam. Today, there is the talk of globalization and man being the citizen of the universe. We were that long ago.

India is the only country in the world where so many castes and cultures and religions are present, and we have enjoyed unity in diversity. We may be different from one another in everything but when there is the question of integrity and safety of our motherland, we stand as one.

Considering all those aspects, one troubling and terrifying question arises in the mind, why this golden bird of so many attributes was in captivity for more than hundred years. Why after the mutiny of 1857, we had to wait for 90 years to achieve freedom? The answer is very embarrassing and painful but simple. We became lazy, comfort loving and thus naive. We were easily befooled, divided and ruled. This golden bird was caged, and we had to suffer those hundred years of slavery, suffering pain and humiliation. Again, our indomitable spirit and undaunted courage came to our rescue. We got freedom with the help of a unique and unheard-of weapon ‘non-violence’.

Through my eyes, I see India’s 66 years of freedom and although her progress is no doubt commendable. I feel that the people have not learnt anything from their past experience. Errors are being repeated. I see disintegration also, corruption and excessive greed also, and I see my India suffering. Those five deadly sins described in Bible seem to be flourishing here and corroding her soul. Everyday newspapers are frightening with their daily news of scams, murders and rapes etc. It seems that this heaven of freedom is again going to become hell of slavery. But I believe this will not happen because public is waking up against these mal-factors and truth honesty sincerity are not totally wiped out. I hope that we will make her that golden bird again with hard and sincere work. India will revive. May God help us to save our beloved motherland. Amen.