Attempt all questions from this Part.

Question 1:
(a) How many members can the President nominate to the Lok Sabha and the Rajya Sabha ? [1]
(b) Explain the term quorum. [1]
(c) Mr. Konar was not found eligible for the election as the Vice President of India even though he had the qualifications of being a citizen of India and not being a member of the Parliament and the State legislature. On what grounds was he disqualified ? Give one reason. [1]
(d) When can ordinances be issued by the President ? [1]
(e) By whom and on whose advice is the State Council of Ministers appointed ? [1]
(f) Under what provision can a non-member of the State Legislature be appointed as a minister ? [1]
(g) What does the term ‘collective responsibility of the Council of Ministers’ imply ? [1]
(h) Who appoints the Chief Justice of the Supreme Court ? [1]
(i) What is understood by the Revisory Jurisdiction of the High Court ? [1]
(j) Which is the highest Court dealing with the criminal cases at the district level ? [1]

Answer:
(a) Two members of the anglo Indian community to the Lok Sabha and Twelve members to Rajya Sabha.

(b) Quorum: It means the minimum number of members required to be present in order to enable the house to conduct the session of the assembly. It is usually 1/10 of the total membership.

(c) Mr. Konar was disqualified on the basis of his disqualification for election as a member of Rajya Sabha.

(d) Ordinances can be issued by the President at a time when both Houses of Parliament are not in session.

(e) Answer has not given due to out of present syllabus.

(f) Answer has not given due to out of present syllabus.

(g) The term Collective Responsibility means that all the members of the Council of Ministers are collectively responsible for the decisions taken by them pertaining to the Government of the State.
(1) Supreme Court
(2) High Court

(h) The President appoints the Chief Justice of the Supreme Court.

(i) If the High court feels that the Subordinate court has exercised a jurisdiction not vested in it or has acted with gross irregularity, it may make such order in the case as it seems fit. This is the revisory jurisdiction of the High Court.

(j) The highest criminal court of the district is the court of session judge.

Question 2:
(a) Mention any two social reforms advocated by the British which affected the religious traditions of the Indian people. [2]
(b) When and by whom was the Indian National Congress founded ? [2]
(c) What were Curzon’s two real motives behind the Partition of Bengal ? [2]
(d) Mention two reasons why the Lucknow pact is considered important in the history of the Indian National Congress. [2]
(e) State two methods of political struggle evolved by Mahatma Gandhi as part of the national movement. [2]
(f) Mention any two policies of Gorbachev that brought democracy to the USSR. [2]
(g) Mention any two important consequences of the First World War. [2]
(h) Where are the headquarters of the WHO located ? Mention any one function of the Security Council. [2]
(i) Name two organizations which fight for Human Rights. [2]
(j) Explain the meaning of Cold War. What was the objective of the Truman Doctrine? [2]

Answer:
(a) (i) Widow Remarriage Act. (ii) Abolition of Sati.

(b) Indian National Congress was founded by A.O. Hume in December, 1885.

(c) Curzon’s real motives behind the partition of Bengal were:

(d) (a) It brought an unity between the aggressive nationalists and moderates.
(b) It was a step towards Hindu-Muslim unity.

(e) Two methods of political struggle evolved by Mahatma Gandhi as part of the National Movement are :

(f) Answer has not given due to out of present syllabus.

(g) The consequences of the First World War are:

(j) Cold War: A deep mutual rivalry and hostility grew between the Soviet bloc , and the American bloc. There was no armed conflict and the hostility was non-cooperation, such attitude of the two blocs came to be called the Cold War. It was also a war of words, of ideologies and of nerves. It created a communication barrier between peoples and governments.
The main objective of Truman Doctrine is to keep Russia’s Power or area of control within acceptable limits or boundaries.

Attempt any two questions from this Section.

Answer:
(a) Lok Sabha is considered to be more powerful than the Rajya Sabha because :

(b) Three Functions of the speaker:

(c) The process of passing a Money Bill is:

Question 4:
With reference to the powers of the President and the Governor, write on:
(a) The reasons for adopting the indirect method of election for the presidential election. [3]
(b) The options open to the Governor when an ordinary Bill is sent to him for his assent. [3]
(c) Any two judicial and two discretionary powers of the Governor. [4]

Answer:
(a) If the President was to be elected by the people, he could become a rival centre power to council of ministers. This would be against the parliamentary system with ministerial responsibility. Since the membership in the two houses of Parliament was likely to be dominated by one party, election of the President merely by a majority of members of the union Parliament could not represent the constituent states of the Union.

Answer:
(a) Function of the Prime Minister in relation to the President:

(b) Parliament exercises an effective control over the Council of Ministers by:

Attempt any three questions from this Section.

Question 6:
Describe the results of the First War of Independence, with reference to the following:
(a) Policy towards the Indian princes. [3]
(b) Rise of nationalism in India. [3]
(c) Changes in the administrative set-up of the British territories in India. [4]

Answer:
(a) (i) Queen Victoria Proclamation declared that the British Government would not annex the Indian states.
(ii) The rights of the princes and rulers were reduced and their military forces were limited, their continual existence was guaranteed.
(iii) Doctrine of Lapse was abolished and right to adoption was recognized.

(c) Due to First War of Independence the following changes in the administrative set up of the British territories were introduced: 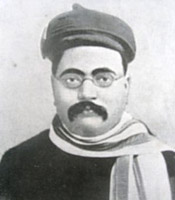 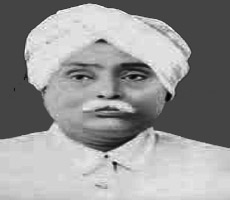 Answer:
(a) A : Gopal Krishan Gokhale – He belonged to the moderate section of the congress.
B : Lala Lajpat Rai – He belonged to the extremist section of the congress.
Objectives: The ultimate objective of the Moderates was to bring constitutional and other reforms in India by presenting their demands before the British in peaceful way.
On the other hand, the Extremists believed in the ultimate objective of Swaraj Or self-rule. They wanted to put pressure on England through revolutionary methods, and political agitation.

(b) Methods adopted by:
Moderates: The Moderates had full faith in British sense of Justice and fairplay and believed that Indians needed a balanced presentation of its demands before the British rulers. Therefore they did not follow a policy of confrontation but highlighted their problems in the following manner:

(c) The notable contributions of Lala Lajpat Rai in the freedom struggle were :

Question 8:
In 1919 Gandhiji plunged into India’s struggle for freedom. He guided the affairs of the Indian National Congress with new techniques. Through various national movements he got the public support to win freedom for India.
In this context explain :
(a) The reasons leading to the Non-Cooperation movement. [3]
(b) Which resolution was passed on 8th August, 1942 leading to a mass struggle on non-violent lines ? State any two reasons behind the launching of this movement. [3]
(c) The impact of the non-cooperation movement in India’s struggle for freedom. [4]

Answer:
(a) Reasons Leading to the Non-cooperation Movement are:

(b) Two reasons behind the launching of Quit India Movement are:

(c) Impact of the Non-cooperation movement on the National Movement:

Question 9:
It was the hope of the Founding Fathers of the United Nations that with the goodwill and cooperation of all member-states, it would be able to function effectively. With reference to this:
(a) Explain the composition of the Security Council. [3]
(b) Mention any three objectives of the United Nations. [3]
(c) Write the expanded form of the UNICEF and state three functions of this agency. [4]

Answer:
(a) The Security Council is the executive body of the UN. It is composed of fifteen member nations. The USA, Russia, England, France and China are its permanent members. The other ten non-permanent members are elected by General Assembly for two years term. Each member of the Council has one vote.

(b) Three objectives of the United Nations:

Answer:
(a) President Sukarno of Indonesia, President Tito of Yugoslavia, President Nasser of Egypt and Prime Minister Jawahar lal Nehru of India.
Non-Alignment: Non-alignment is an independent movement that enables each nation to follow its own policies without joining any super power blocs nor coming under their influence. A non-aligned nation judges an issue on its merit. It upholds the rights of all people for freedom and allows them to have a choice of action on international issues. An important aspect of non-alignment is its antipathy to military alliance and its opposition to any form of imperialism. The Non-Aligned Movement has become one of the biggest peace movements in the world. The members of NAM are increasing steadily. At present, there are 108 members. President Tito defined NAM in the first summit at Belgrade, “This group of non- aligned countries is not a bloc, but a group of like-minded nations.” Though sometimes it is referred to as the Third Bloc NAM is exactly what its name implies, a movement rather than an organisation.

(b) Factors that led to the formation of Non-Aligned Movement (NAM):

(c) Role of Nehru in the Non-Aligned Movement: