Graphs of the Inverse Trig Functions

Look at the sine function (in red) at the right. If we reflect this function over the identity line, we will create the inverse graph (in blue). Unfortunately, this newly formed inverse graph is not a function. Notice how the green vertical line intersects the new inverse graph in more than one location, telling us it is not a function. (Vertical Line Test).
By limiting the range to see all of the y-values without repetition, we can define inverse functions of the trigonometric functions. It is possible to form inverse functions at many different locations along the graph. The functions shown here are what are referred to as the “principal” functions. 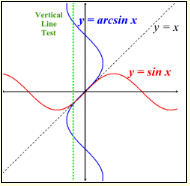 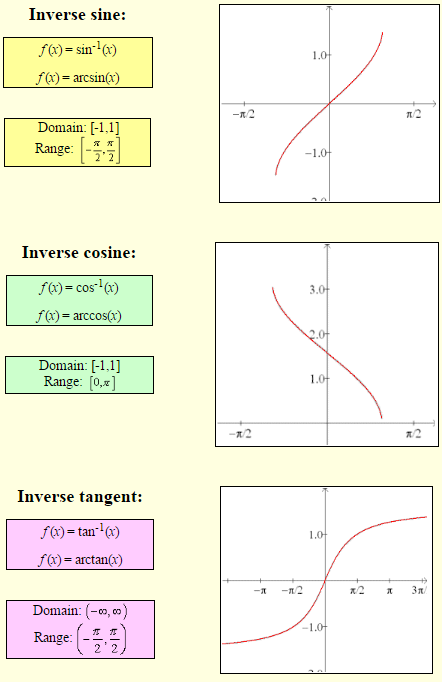