Excuse Letter: What is a Letter of Excuse? An excuse letter or a letter of excuse is a written explanation to an employer, or other concerned authority (such as a principal or teacher) stating that you are unable to attend work, school or any other assigned task for a given period of time. The reason for your absence must be clearly stated in your excuse letter as this acts as a written record of your absence from your responsibilities.

Why Should You Write an Excuse Letter?

Excuse letters are often seen as documentary evidence and are requested by the employers as such.

Moreover, since excuse letters are formal letters, all conventions of formal letter writing must be followed. This ensures that the letter appears professional. In this article, we shall explore how to write excuse letters for various scenarios, as well as their respective guidelines.

Following are a few tips and guidelines to be followed when writing an excuse letter:

Following is a commonly used template for an excuse letter:

Following is a sample of an excuse letter. You can adopt the same format and modify the content according to your preferences.

Sample 1 – Absence from Work Due to Personal Reasons 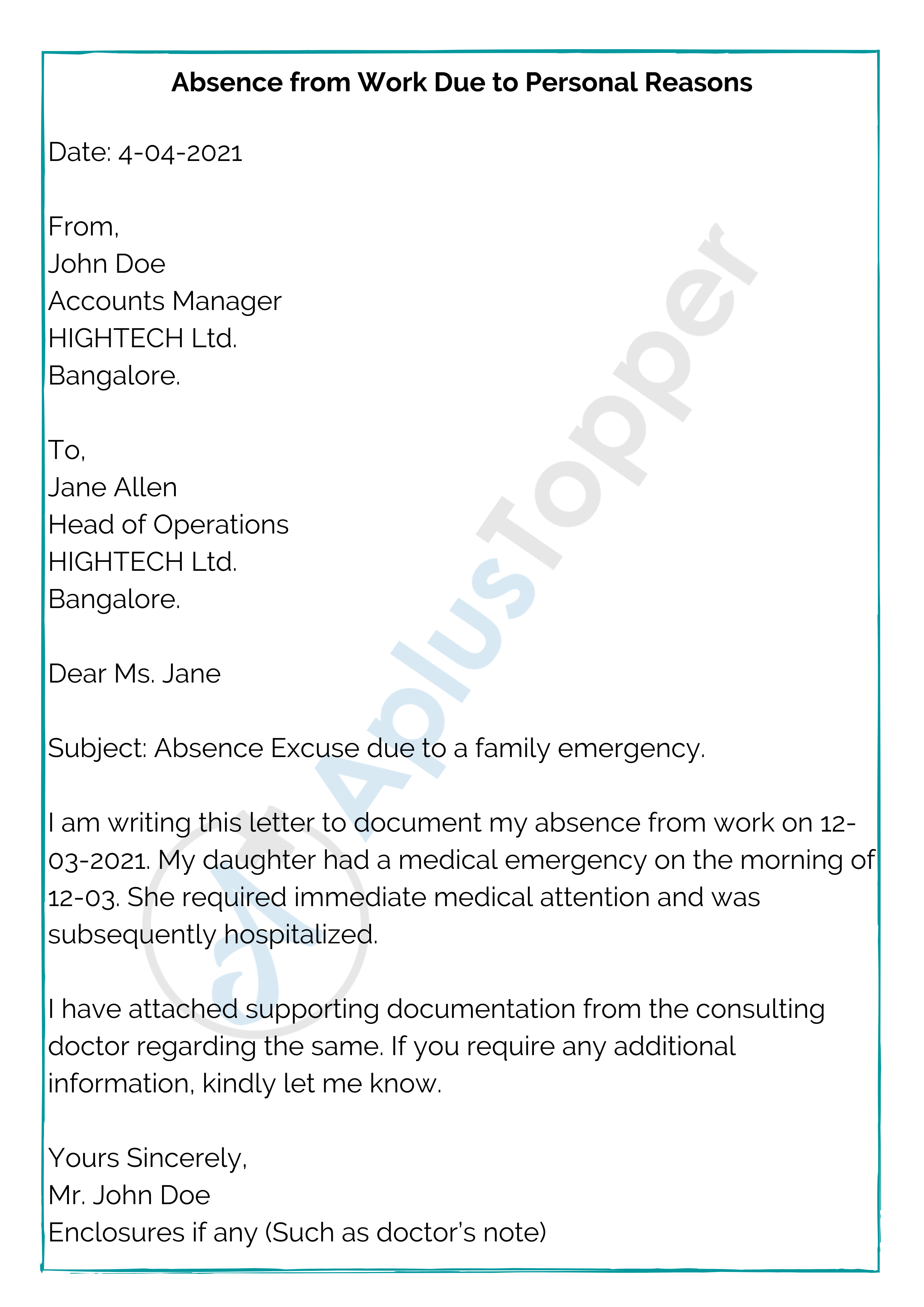 Sample 2 – Absence from School Due to Medical Reasons

Question 1.
How do I write an Excuse Letter?

Answer:
An excuse letter must be addressed to the employer, or other concerned authority (such as a principal or teacher). Also state the reason why you are unable to attend work, school or any other assigned task. Attach supporting documents if required. And lastly, ensure that professional language is used and all conventions of formal letter writing is used.

Question 2.
Why Should You Write an Excuse Letter?

Answer:
Excuse letters are documentary evidence that are requested by employers, principals or other competent authority. It also serves as a record of your absence and can help resolve disputes about your absences if such a situation ever arises.

Question 3.
What does an Excuse Letter Contain?

Answer:
An excuse letter contains the name and address of the recipient, the reason for your absence and supporting documentation.