Essay on Stephen Hawking: Stephen Hawking is a physicist, author and Director of Research at Centre for Theoretical Cosmology. He worked with another scientist, Penrose on gravitational theorems. He predicted that black holes emitted radiations. He also authored a book— ‘A Brief History of Time’, which was on British Sunday Times best sellers list for 237 weeks, making a record. – Defeating the Odds

And he achieved all this and more, notwithstanding that he is almost fully paralysed and communicates through a speech generating device. 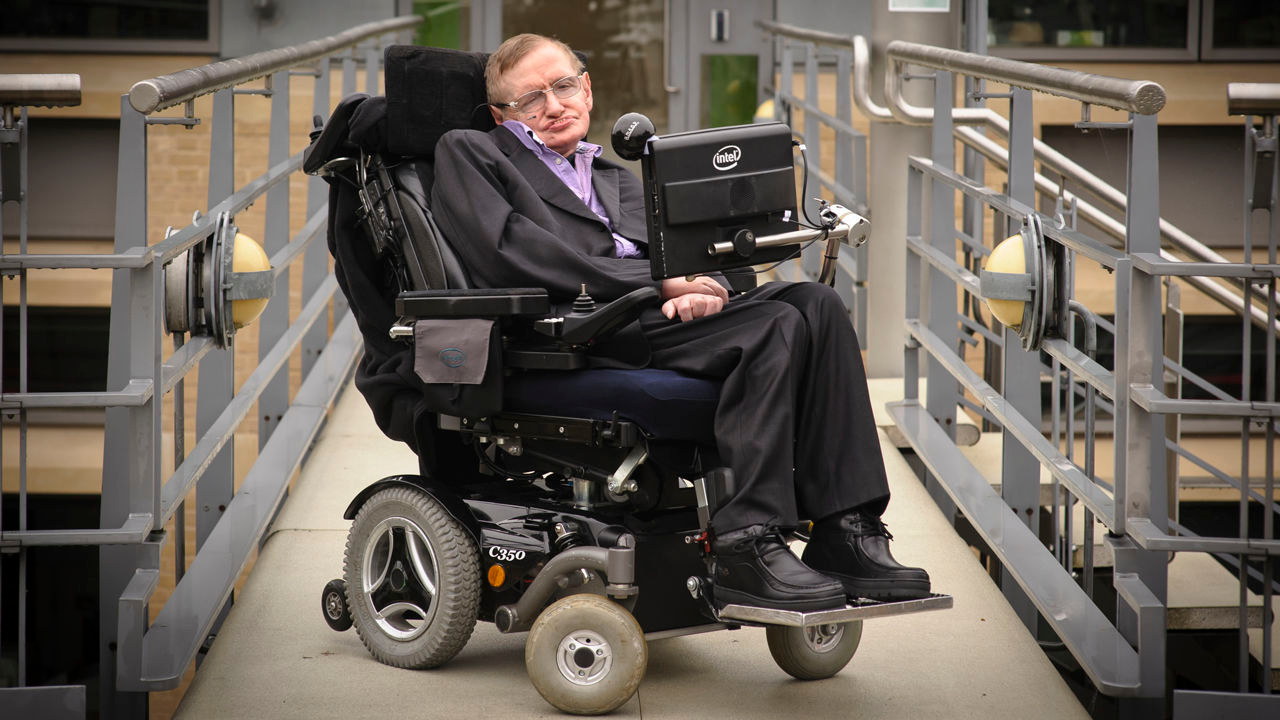 Below we have given a long essay on Stephen Hawking of 500 words is helpful for classes 7, 8, 9 and 10 and Competitive Exam Aspirants. This long essay on the topic is suitable for students of class 7 to class 10, and also for competitive exam aspirants.

He was born on 8th January, 1942 to Frank and Isobel Hawking in England. They lived in High Gate, but as London was underseige those days, his mother went to Oxford to give birth to him. He has two younger sisters, Philippa and Mary and an adopted brother, Edward. His father wanted him to attend West Minster School, but Hawking was ill on the day of scholarship exam. His family couldn’t afford that school without scholarship, so he had to remain at St Albans School.

He did his BA from University of Oxford and doctorate from Cambridge. At the age of 21 years, his motor neuron disease was diagnosed. Doctors told him that he would live for only two years. He became depressed. He got engaged to Jane Wilde and returned to his work with renewed energy.

He obtained his Ph.D Degree in 1966. His essay, ‘Singularities and the Geometry of Space-Time’ and the one by Penrose, won Adams Prize that year. Their joint essay was the runner-up in the 1968 Gravity Research Foundation. In the late 1960s, he started using crutches. He lost the ability to write and visualised equations in the form of geometry. However, he was independent and refused to accept any relaxations for his disability.

Soon after 1970, Hawking, Bardeen and Carter proposed the four laws of black hole mechanics. In 1974, he showed that black holes emit radiation, now known as Hawking radiations. The same year, he was inducted as fellow of the Royal Society, one of the youngest to be honoured.

He got a job in Cambridge as a reader in 1975. Don page, a graduate student came to live with the Hawking family to assist Hawking. The latter and Jane campaigned for improved facilities for disabled in the campus. In 1977, he was appointed as a professor in gravitational physics.

During a visit to CERN, Geneva in 1985, he got afflicted with pneumonia. Nurses were hired and he started using a computer programme to generate speech. Hawking brought science to the masses. After the release of his book, A Brief History of Time’, the same was adapted as a film in 1992.

Inspite of his debilitating disease, Hawkings is mentally strong. He is not afraid of voicing his opinions, be it science or politics. In 2002, he was included in the list of 100 Greatest Britons. He was awarded Presidential Medal of Freedom in 2009 and Russian Fundamental Physics Prize in 2012.

Several buildings are named after him. He has successfully guided 39 Ph.D students. He is a living example of sheer grit and courage to beat one’s physical illness. He showed us that inner motivation and the zeal to excel can make the impossible possible. He rightly says :

“We are all different, but we share the same human spirit.
Perhaps it’s human nature that we adapt — and survive.”