Essay on Inflation: A sustained rise in the prices of commodities that leads to a fall in the purchasing power of a nation is called Inflation. Although inflation is a part of the normal economic phenomena of any country, any increase in inflation above a pre-determined level is a cause of concern. The causes of inflation are many. While it is -often cited that a drop in India’s agricultural output lead to the decline in supply, figures tell a different story.

Below we have given a long essay on Inflation of 500 words is helpful for classes 7, 8, 9 and 10 and Competitive Exam Aspirants. This long essay on the topic is suitable for students of class 7 to class 10, and also for competitive exam aspirants.

India’s food production crossed 235 million tonnes during years 2010-11 as per the latest estimates and this is the highest since Independence. The previous highest production, at nearly 233 million tonnes, was achieved in years 2008-09. Agriculture recorded a 5.4% growth in years 2010-11 compared to the 4% growth achieved all these years, according to S Ayyappan, Director-General of the Indian Council of Agricultural Research.

However, inflation reflects overheating: the supply capacity of the economy is simply unable to match the demands on that capacity. Moreover, purchasing power of consumers is increasing and hence demand is accelerating. Minimum Support Prices (MSPs) for agriculture have also been increasing. The MSPs for various varieties of paddy during the years 2009-10 was between ₹ 950-980 per quintal and during the years 2010-11, it increased to ₹ 1000 to 1030 per quintal.

Moreover, for pulses such as Arhar and Moong the MSPs in years 2009-10 was ₹ 2300 and ₹ 2760 respectively, while in years 2010-11, it increased to ₹ 3000 and 3170 respectively. Another major cause of inflation is the increase in the prices of fuel internationally, which is contributing to the overall price inflation. There has been a steady increase in the international prices, with the Indian crude basket priced at $11 3.09 per barrel, as on May 2011. Any change in price of diesel immediately impacts price of food items, since most of them are dependent on transport through several 100 km. Inflation, in short, is “too much money chasing too few goods”. According to analysts, corruption, mafia operations, greed for money by politicians and industrialists, counterfeiting of currency notes etc., also contribute to corruption as they add to the availability of liquidity in different forms, which in turn adds to inflation.

High level of inflation distorts economic performance. It has added pressure on the Central Bank to raise rates despite signs of slow growth in the Indian economy. Thus, high inflation and rising interest rates are crimping domestic demand and slowing down the economy. Inflation also affects investment as higher long-term inflation adversely affects growth and investment. High inflation is pushing up the cost of credit for firms as well as escalating their input costs by inflating their spending on raw materials and wages. Corporate investment is affected by cost escalation of inputs, and inflation is waning the confidence in the economic growth. 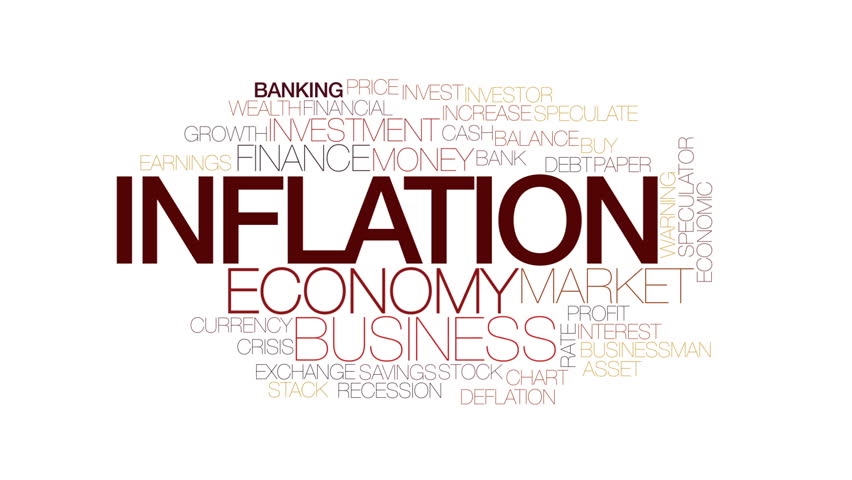 Below we have given a short essay on Inflation is for Classes 1, 2, 3, 4, 5, and 6. This short essay on the topic is suitable for students of class 6 and below.

Food inflation adversely affected the country in 2013 and 2014 consecutively. Curbing the prices of goods is essential in order to attain revival from the slowdown in economic growth. Food bills already consume 35% of household incomes.

Inflation, as pointed, out by economists, occurred due to weak monsoon needed for the cultivation of summer crops. Despite being the second largest producer of fruits and vegetables after China, India suffers from shortages, owing to the lack of efficient cold storage and transport facilities. RBI Governor though, has promised to cut down inflation to 8% by 2015. All measures to curb inflation would be successful only if the middle men in the supply chain are barred from carrying out their nefarious activities. Only can then we not lose out on onions and tomatoes on our dinner plates.