Essay on Drought: India is situated in the Northern Hemisphere extending from 8° 4′ N to 37° 17′ N latitude. The Tropic of Cancer passes through the middle of the country, thus the country falls into tropical as well as sub-tropical zones. The country gets two complete showers of seasonal rain, one during summer season called South-West monsoon and one in winters called the North-East monsoons.

The rest of the year is practically dry. The rain bearing winds are called monsoon winds which persistently flow in the same direction and get reversed only with the change of seasons.

Below we have given a long essay on Drought of 500 words is helpful for classes 7, 8, 9 and 10 and Competitive Exam Aspirants. This long essay on the topic is suitable for students of class 7 to class 10, and also for competitive exam aspirants.

The agriculture in India is largely dependent upon the monsoon rain shower during the months of June to the middle of September and a few parts of the country gets rains during the retreating monsoon from October to December. Tamil Nadu, South of Andhra Pradesh, South-East of Karnataka and Kerala get the maximum showers during the time, about 75 cm.

The occurrence and quality of monsoons depends upon the intensity of winds blowing over the Arabian Sea, the Indian Ocean and the Bay of Bengal. Sometimes, the country receives intense rainfall and there are times when the monsoon gets weak and there are scanty rains here and there.

Moreover, there is the problem of unequal distribution of rainfall over the country where the monsoon is extremely active whereas the same monsoon is barely active in other parts of the country. In other words, by the time it reaches the higher regions, the winds have shed most of their moisture already or they weaken so much that nothing is left in them in terms of momentum and so they shed their moisture on the way.

This uncertain and uncontrolled character of monsoons in India causes the problem of droughts at some places. Droughts occur when rainfall during a particular year fails to reach even the average or normal level expected of the place at that time of the year. Droughts usually occur in places which have a high variability between low and heavy amount of rainfall.

The greater the difference, more are the chances of droughts. Thus droughts in India occur mainly when South-West monsoon is weak and ineffective. A weak monsoon results in scanty or no rainfall; hence leading to droughts. Many a times droughts occur due to untimely arrival of monsoon-either it is too late or too early. In either case, agriculture is most severely affected. Prolonged breaks between consecutive spells of rain, too, aggravates the problem.

In India, on an average, a drought affects about 16% of the total agricultural land and about 50 million population. The areas that are regularly affected by droughts are those which receive an annual rainfall below 75 cm or have a high variability of 40 cm or more. There are about 99 districts which receive annual rains below 75 cm. A total of 68% of sown area is subject to drought in varying degrees.

But surprisingly the severest droughts have occurred in comparatively humid and wet areas such as West Bengal, Bihar and Odisha. These regions usually get high rainfall but a slight failure of rainfall can cause severe droughts here simply because of high intensity of population and the near total dependence of agriculture on monsoon rains in these regions. A normal drought affects a huge part of the country’s population, hence making the drought into a severe one.

This leads to a vicious circle of misery, especially for that part of the population, which is practically hand to mouth. Even among these, the landless labourers are the ones who suffer the most because they are the first ones to lose their jobs due to
failure of rains.

Less people are thus required to till the land and so they are the first ones to be pushed over the crevices of hunger, poverty, starvation and destitution. Lack of irrigation facilities and total dependence on monsoon rains leads to even more severe droughts in the remote parts of the country. Moreover, due to the ecological imbalance, the frequency of droughts is likely to increase.

The failure of rains in 2014, has led to the possibility of it being declared as a ‘drought year’. Till August, 2014, 36% of the nation’s meteorological regions faced moderate to severe drought. Punjab, Haryana and Uttar Pradesh, India’s ‘grain’ bearer belt, is reeling under severe drought. As a result, farmers are paying sky-high prices to protect their paddy crop.

Hopefully, due to great technological advances, irrigation facilities and developments in the transport system, with even the remotest villages getting connected to nearby towns and cities, the intensity with which the droughts can affect human population, agriculture and cattle can be reduced to some extent. The governments now prefers to keep surplus stocks of food grains as well as fodder to combat such recurrent crisis with the support of voluntary organisations, NGOs etc.

NASA scientists, including one scientist of Indian origin have developed a new satellite to predict the severity of droughts and help farmers maximise crop yield. At present, there is no ground or satellite-based global network for monitoring soil moisture at a local scale. It would be of great help to developing countries like India, if this technology gets introduced soon. 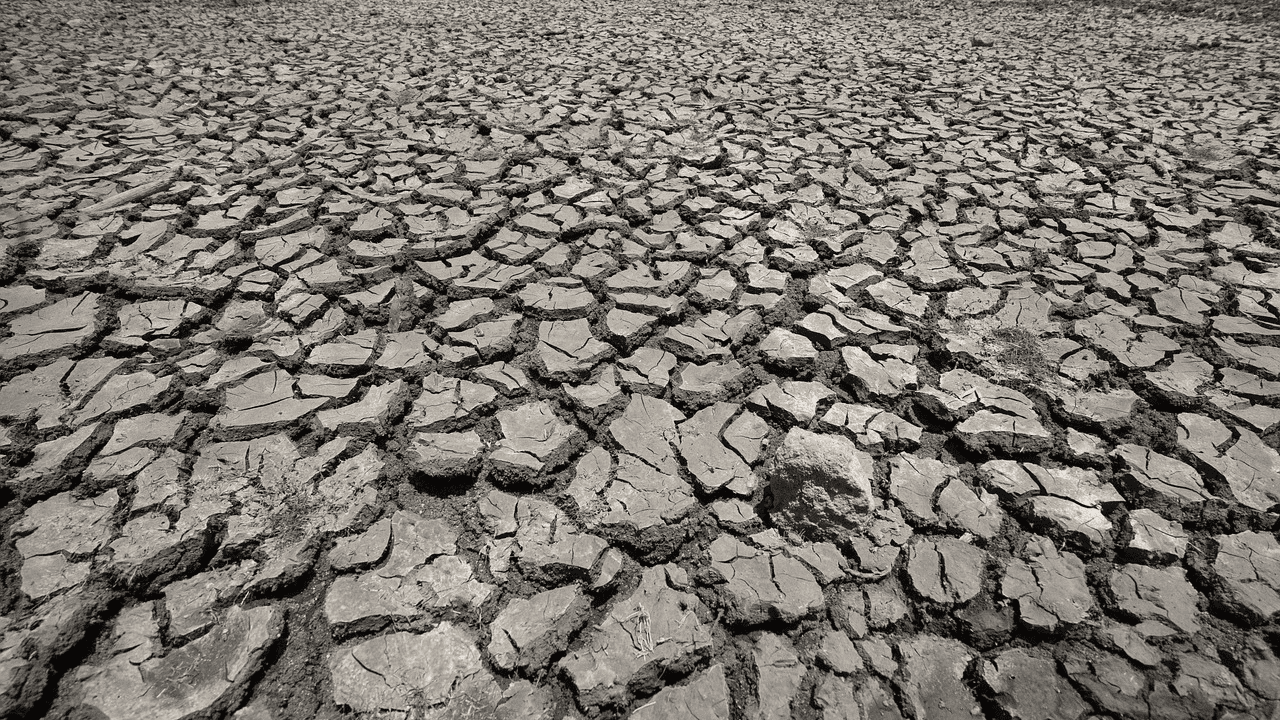 Below we have given a short essay on Drought is for Classes 1, 2, 3, 4, 5 and 6. This short essay on the topic is suitable for students of class 6 and below.

The Government of India through Crisis Management Framework 2011, aims at identification of fundamental aspects of drought prone areas, phases of crisis, magnitude, outcome of crisis to trigger mechanism and strategic response matrix. The Central Research Institute for Dryland Agriculture (CRIDA), under ICAR has been assigned the task to prepare district-wise contingency plans in collaboration with State Agricultural Universities, Indian Council of Agricultural Research (ICAR) institutes and Krishi Vigyan Kendras (KVKs).

The programme also works toward long-term goals such as maintenance of ecological balance by developing, conserving and even harvesting all kinds of resources including land, water, livestock and human resources. It also aims at minimising the adverse effects of droughts on crops and livestock through use of appropriate technology and the naturally available resources.

The recent initiatives by Government were special assistance package and higher seed subsidy. It is also planning to extend subsidy on diesel to areas where there has been less than 50% rainfall. In case, drought is declared by any state, the government has proposed a ₹ 700 crore scheme for cultivation of horticultural crops and ₹ 100 crore for fodder production. Agricultural crop insurance scheme is also in the pipeline. It’s high time that India implements robust drought mitigation measures. The entire burden or blame shouldn’t be put on the farmers. They must be protected and fully prepared for natural calamities. Their prosperity is nation’s progress.