Essay on Dr APJ Abdul Kalam: Reverberated was a jam-packed hall in Kolkata on 21 st January, 2003, when the 11th President of India inspired thousands of school children to dream, to dream big and let those dreams culminate into thoughts and actions.

Below we have given a long essay on Dr APJ Abdul Kalam of 500 words is helpful for classes 7, 8, 9 and 10 and Competitive Exam Aspirants. This long essay on the topic is suitable for students of class 7 to class 10, and also for competitive exam aspirants.

One of India’s most adored Presidents, APJ Abdul Kalam, worked as an aerospace engineer with the Defence Research and Development Organisation (DRDO) and Indian Space Research Organisation (ISRO) before his presidential term. He is known as the ‘Missile man’ for his work on the development of ballistic missiles and launch vehicles. Dr Avul Pakir Jainulabdeen Abdul Kalam, was born on 15 October, 1931 at Rameshwaram, Tamil Nadu.

He is the son of a humble fisherman who owned a boat. In order to supplement his father’s income, he used to distribute newspapers after attending school. In school, he was an average student, but hardworking and with a keen desire to learn.

He studied at Schwartz High School in Ramanathapuram where he found an ideal teacher in Iyadurai Solomon. From him, Kalam learnt the key to success in life.

“To succeed in life and achieve results, you must understand and master three mighty forces—desire, belief and expectation.” He did his BSc from St Joseph College, Tiruchirapalli oblivious even to the option for higher education.

He did a course in Aeronautical Engineering from Madras Engineering College in 1954-1957. Here, he was fascinated by the sight of two decommissioned aircrafts displayed for demonstration. Fascinated by the desire to fly, when he had to opt for a specific branch, aeronautical engineering became a natural choice. Once, his Dean gave him a deadline of three days to finish a project, owing to his lack of progress. But unexpectedly, he finished it on time by working sincerely day and night.

He missed becoming a fighter pilot, as there were only eight seats available and he stood ninth. He started his career with DRDO in 1958. Here, he designed a small helicopter for the Indian Army. He also became a part of the INCOSPAR Committee under Vikram Sarabhai.

He went ahead to join ISRO five years later where he was the project director of SLV III. It was due to the team effort under his leadership that ‘Rohini’ was successfully launched in 1980. This was the beginning of India’s aerospace programme. Kalam initiated an independent work on an expandable rocket project in 1965. In 1969, he received government’s nod to incorporate more engineers in the project.

During 1963-64, he visited NASA’s Langley Research Centre in Hampton. Between 1970s and 1990s, he worked relentlessly to develop Polar SLV and SLV-III, both of which garnered success. He was invited by Dr Raja Ramanna to preside over the nation’s first nuclear test, Smiling Buddha. In the 1970s, he supervised two projects, Project Devil and Project Valiant, for the development of ballistic missiles. Despite disapproval of Cabinet, Prime Minister Indira Gandhi allocated him funds for these projects. Due to his success, the government decided to initiate advanced missile programme under his leadership.

In 1982, he was entrusted with the development of Integrated Guided Missile Development Programme. Dr Kalam henceforth plunged into developing ‘Prithvi’, the surface to surface weapon system Agni’, Akash’ and ‘Nag’. He is also responsible for the completion of the long delayed ‘Arjun’ anti-tank project and also worked upon an indigenous aircraft engine ‘Kaveri’.

‘Akash’ too was test-fired successfully. In 1998, nuclear tests were conducted and thereafter he was appointed the principal Scientific Advisor to the Government of India with the rank of a Union Cabinet Minister in November 1999, a position in which he continued to be until November 2001. 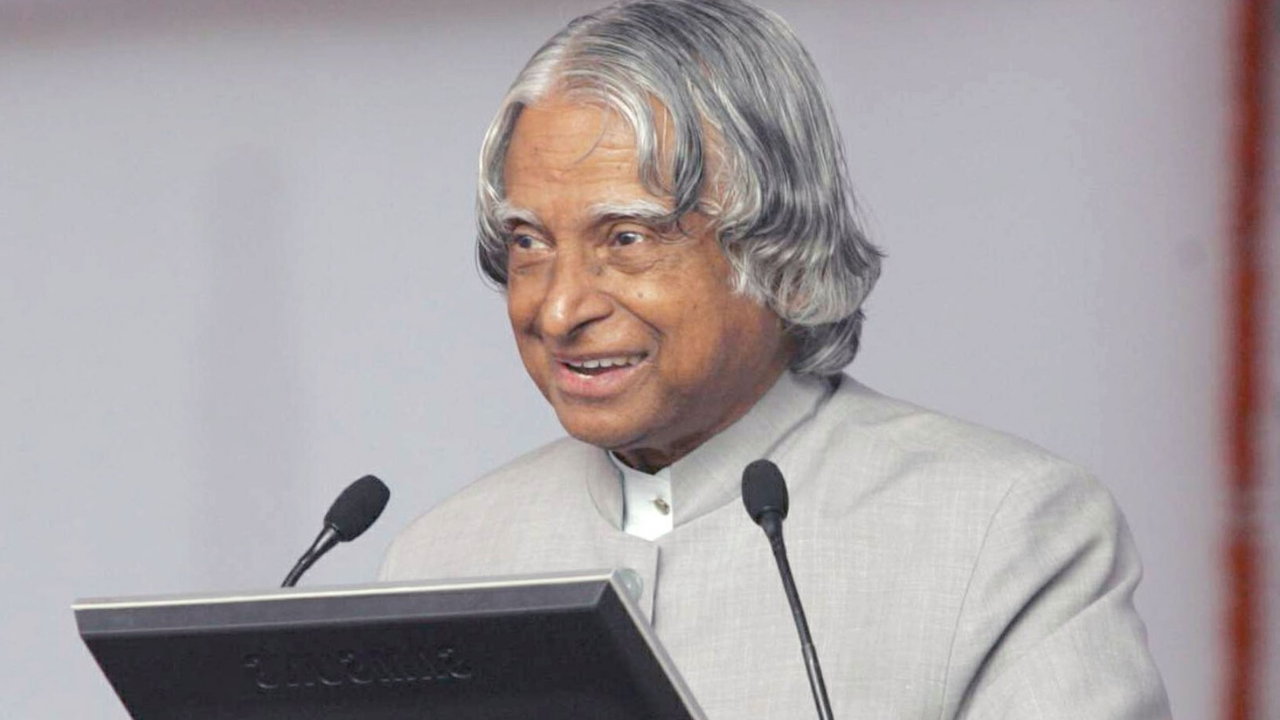 Below we have given a short essay on Dr APJ Abdul Kalam is for Classes 1, 2, 3, 4, 5 and 6. This short essay on the topic is suitable for students of class 6 and below.

In 1998, Kalam developed an inexpensive coronary stent, along with Dr Soma Raju. It was called ‘Kalam-Raju Stent.’ In 2012, both of them again came up with an innovation, a tablet PC for healthcare in rural areas. This was known as ‘Kalam-Raju Tablet’. On 25th July, 2002, he took the oath as the 11 th President of India. Kalam had won the elections by a huge margin against Lakshmi Sehgal. He was the first scientist and the first bachelor to occupy Rashtrapati Bhawan.

At the end of his term in 2007, he wished for a second term. However, he declined to contest citing lack of support of the left parties, Shiv Sena and UPA constituents. In 2012 also, he denied to contest.

Dr Kalam has a literary bent of mind as well. ‘Wings of Fire’ is his autobiography wherein he describes his humble journey, shares his life experiences and aspirations with the people. As he shares his life’s experiences in this book, we weep with him and we celebrate with him. Every Indian should read his autobiography in today’s time. He has also written ‘Ignited Minds’ and ‘India 2020- A vision of the New Millennium’. India 2020 is his pathway of developing India into a Developed Nation by 2020. ‘Ignited Minds-Unleashing the power within India’ is dedicated to Snehal Thakkar who had questioned Kalam on 12th April, 2002 ‘Who is our enemy?’. The book is a must-read for every citizen especially children and the youth of the country. Dr Kalam is a poet too and enjoys music.

He is also fond of playing veena. Despite being a great and honoured man, he is simplicity personified, extremely down to Earth, kind and gentle. His love for children is revealed in the fact that even after holding the highest constitutional title he has been touring the entire nation, meeting school students, talking to them, lecturing them, interacting with them and inspiring them. All he wants to do is to open a small school in Rameshwaram and teach the children there, once he retires.

In 2012, he launched a mission for youth against corruption, titled ‘What Can I Give Movement.’ Kalam’s 79th birthday was honoured as World Student’s Day by the United Nations. He has bagged honorary doctorates from 40 universities across the world. In 1997, he received the Bharat Ratna. In December 2000, the Deputy Chairman of the Planning Commisson, KC pant conferred the ‘Lifetime Contribution Award’ to Dr Kalam. To mark Kalam’s visit, Switzerland declared 26th May as Science Day, in 2005.

All Indians are proud of his great achievements and humble persona. He observes strict discipline, practices vegetarianism, teetotalism and celibacy. He reads both the Quran and the Bhagwad Gita and his book ‘Guiding Souls’: Dialogues on the purpose of life’ reveals his spiritual facets too. Due to his open, approachable nature, he was referred to as ‘People’s President’. He showed that money can’t be a barrier to dreams, as he himself was from a poor family. He will continue to be a source of inspiration to one and all.