Advantages and Disadvantages of Media: Media refers to a means of communication such as broadcasting, publishing, or anything or communication involving the use of the internet or other sources that uses different branches to facilitate global communication for individuals situated across the world.

Media is a means of communication system that carries any message to a targeted audience. Media can be of diverse types, such as radio, print media, outdoor media, internet, TV, and other vehicles or instruments used to convey a particular message.

The main objective of Media is to select the most suitable content that can affect the mass and appetizing it to a larger audience to a choir merit energy with their goal. Media is the largest source that acts as the primary source of information for many individuals

Media planners have to constantly follow the new media trends and technological development that has taken place over the years.

To produce a solid and influential message for their audience, they need to determine the short and long-term effects of various media worldwide that suit their objective and analyze their strengths and weak points.

What is Meant by Media?

Media is the plural version of the term medium that describes any course of communication. Media includes everything from printed papers to virtually represented data, encompassing art, education, news, and various other forms of information.

Anything that can stretch into the sphere of communication that influences people, including items like television, phones, and the internet, can be regarded as media.

In modern times, media are further drifting towards the digital aspect of this domain.

Modern digital media consists of all sorts of communication broadcasted electronically via computer networks and other such fiber optic cables. Some modern forms of media, such as the internet media or social media (like Facebook, Instagram, Twitter, WhatsApp, etc.), have totally transformed our world over time. 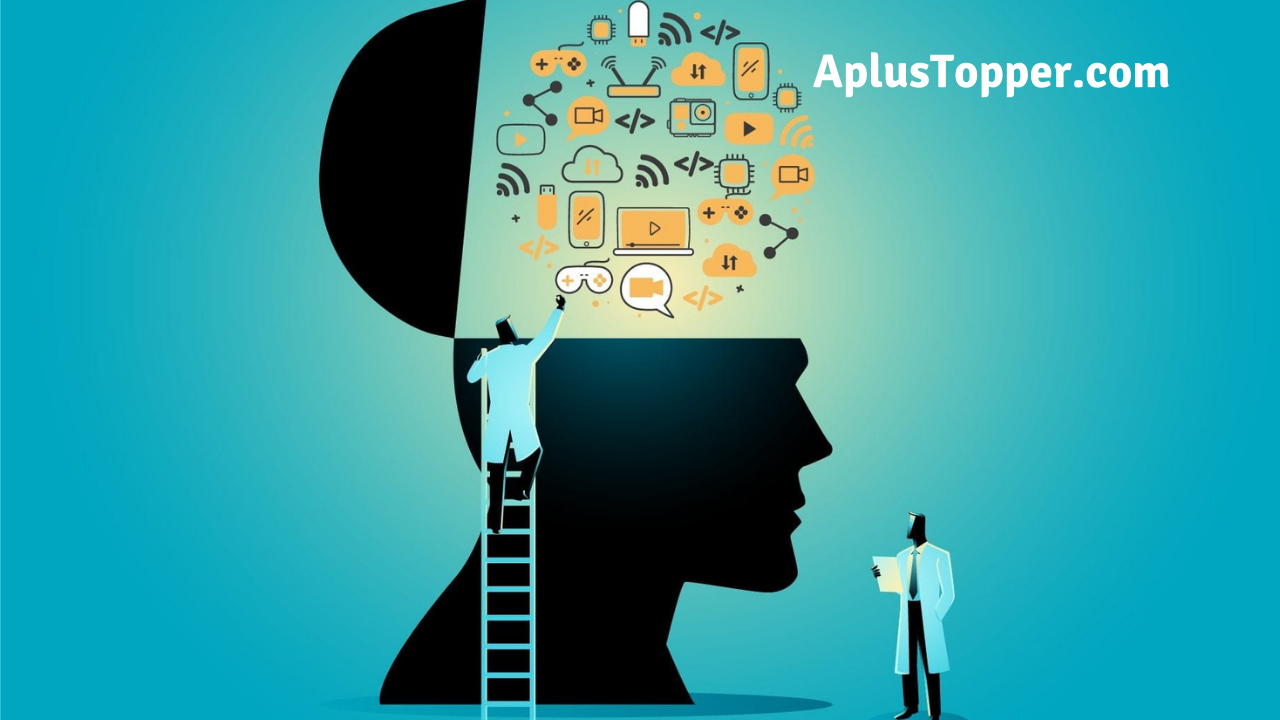 Comparison Table for Advantages and Disadvantages of Media 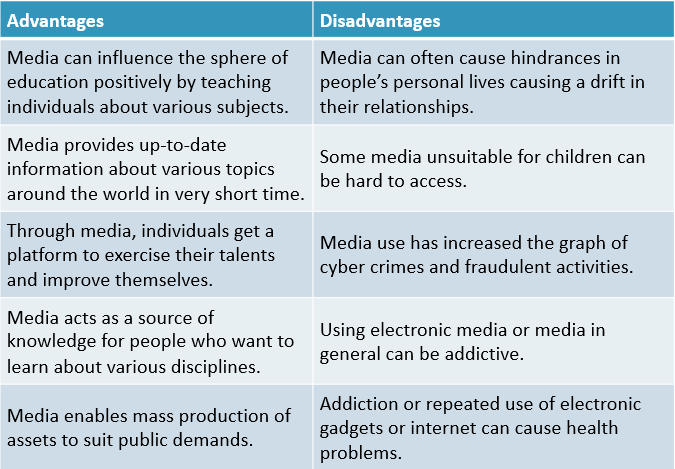 FAQ’s Pros and Cons of Media

Answer:
The media content plays a pivotal role in achieving social media and business-related objectives. It allows your customers to gain interest in your work and therefore reach out to you.

Question 2.
What is the importance of Media in Democracy?

Answer:
The media has supplied political parties with the necessary tools to grasp large audiences. Media should be viewed as the pathway for democracy, with better-educated citizens who help form a more legitimate government.

Question 3.
Why is media vital for Globalisation?