10 Lines on World Tsunami Awareness Day: Tsunamis are one of the rarest and deadliest natural hazards that havoc and leave behind massive wrecks. In India, the Indian Ocean Tsunami occurred on 26th December 2004, leaving the highest number of dead people. Fourteen countries suffered from the hazard, including India, Thailand, and Indonesia, leaving around 227,000 fatalities in a total and a higher number of casualties.

Tsunamis do not have any borders, and thus in such cases, international cooperation becomes a key for better public and political understanding of undertaking measures to prevent risk. Japan came up with the idea of this day first. Because of the severity and repeated hazards that it creates, the area is globally known with many other factors related to Tsunamis, like public actions, warnings, and ways to build back after the disaster.

The day of 5th November is chosen for honouring a real story of Japan. In 1854, an earthquake occurred, in that, a farmer witnessed some receding tides, that is an early sign of looming Tsunami. He set fire to his harvested rice for warning all the villagers, and that spread across a higher area. Further, he helped his community build back in a better way for withstanding any future shocks by constructing some embankments and planting more trees.

The UN General Assembly also appointed UNISDR (UN Office for Disaster Risk Reduction) to observe World Tsunami Awareness Day and the other bodies of the United Nations. This is to ensure that awareness about the issue spreads in every corner of the World.

Here is a list of 10 best lines on World Tsunami Day for the kids, children, and other higher classes students. These lines can help these children formulating an essay, debate, article, or other assignments on the topic of World tsunami day.

Here are ten lines on World tsunami day for the students of classes 1st to 5th: 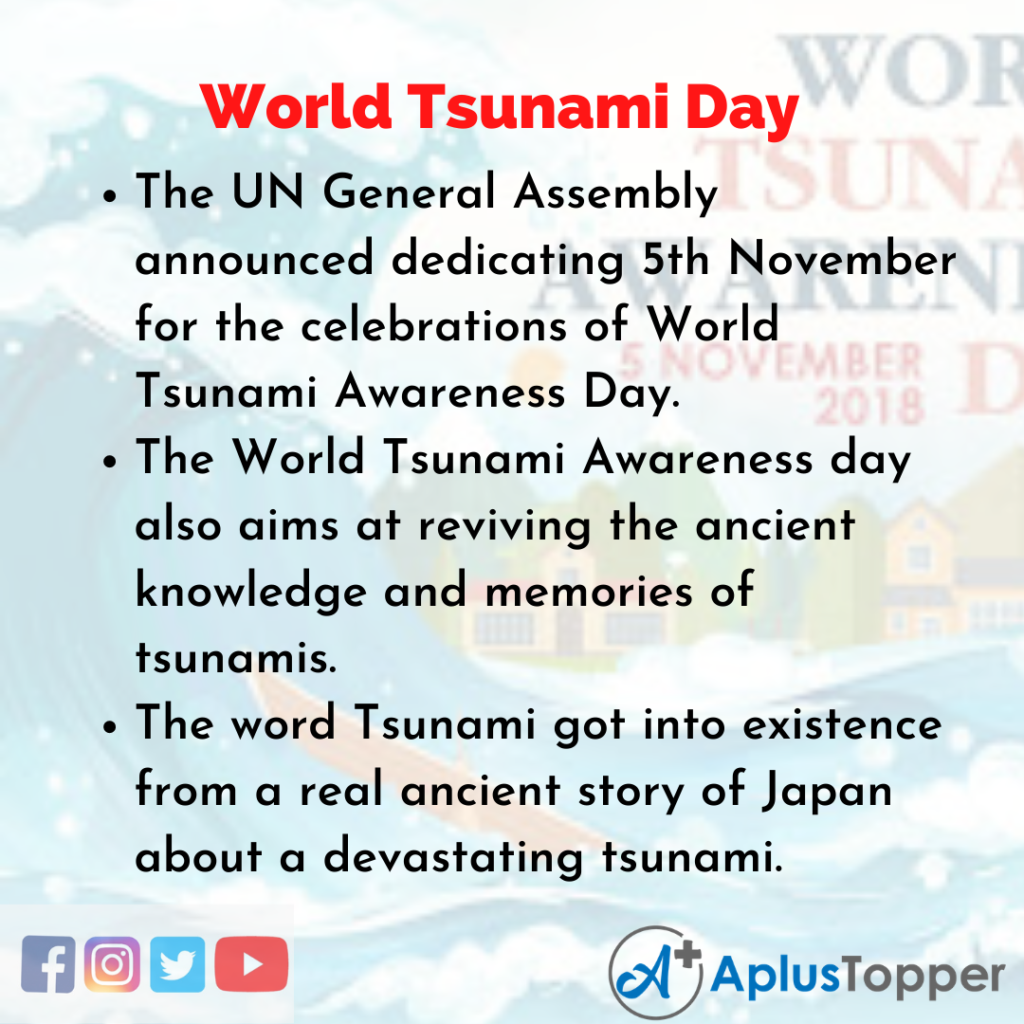 Here is a list of ten lines on World Tsunami Awareness Day for the students of classes 6th to 8th:

Below is the list of best ten lines on World Tsunami Day for the students of classes 9th to 12th: 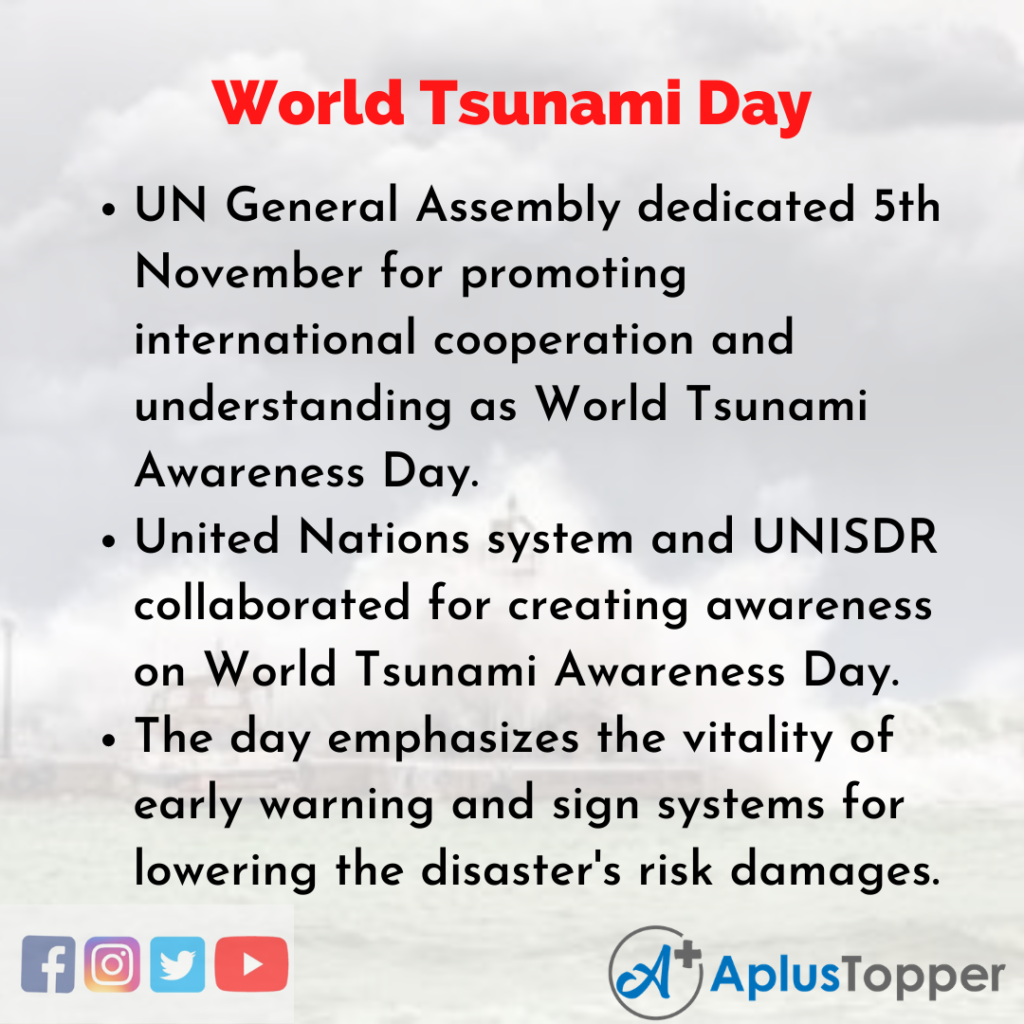 Answer:
The day aims to promote local and national risk reduction plans for the future disaster. In the current year, the day encourages community level and national level risk reduction strategies for the disasters for saving more lives against them. The observance of 2020 also promotes the target campaign: “Sendai Seven Campaign.”

Question 2.
Write the five events that are more prone to causing Tsunami.

Answer:
Tsunami waves originates due to sudden disturbances caused in the oceanic surface or under the sea due to the occurrence of any underwater disaster like earthquakes, landslides, a land slump in the oceans, volcanic eruptions, or any meteorite impact on sea or oceans.

Question 3.
What should be done after a Tsunami?

Answer:
The three main steps that one must follow after a tsunami are as follows: