10 Lines on Save Water: Water is the most precious element in the nature that God has gifted us. It is one of the few elements in the nature that makes Earth the only planet in the solar system to sustain life. Without water, there would be no life on earth. But man has not been able to realise the importance of water and has been exploiting this natural resource to feed his ever-increasing need and greed.

It is said that the next World War will take place between countries for freshwater because of the fact that only 3% of the entire water body on earth that is actually portable and consumable. 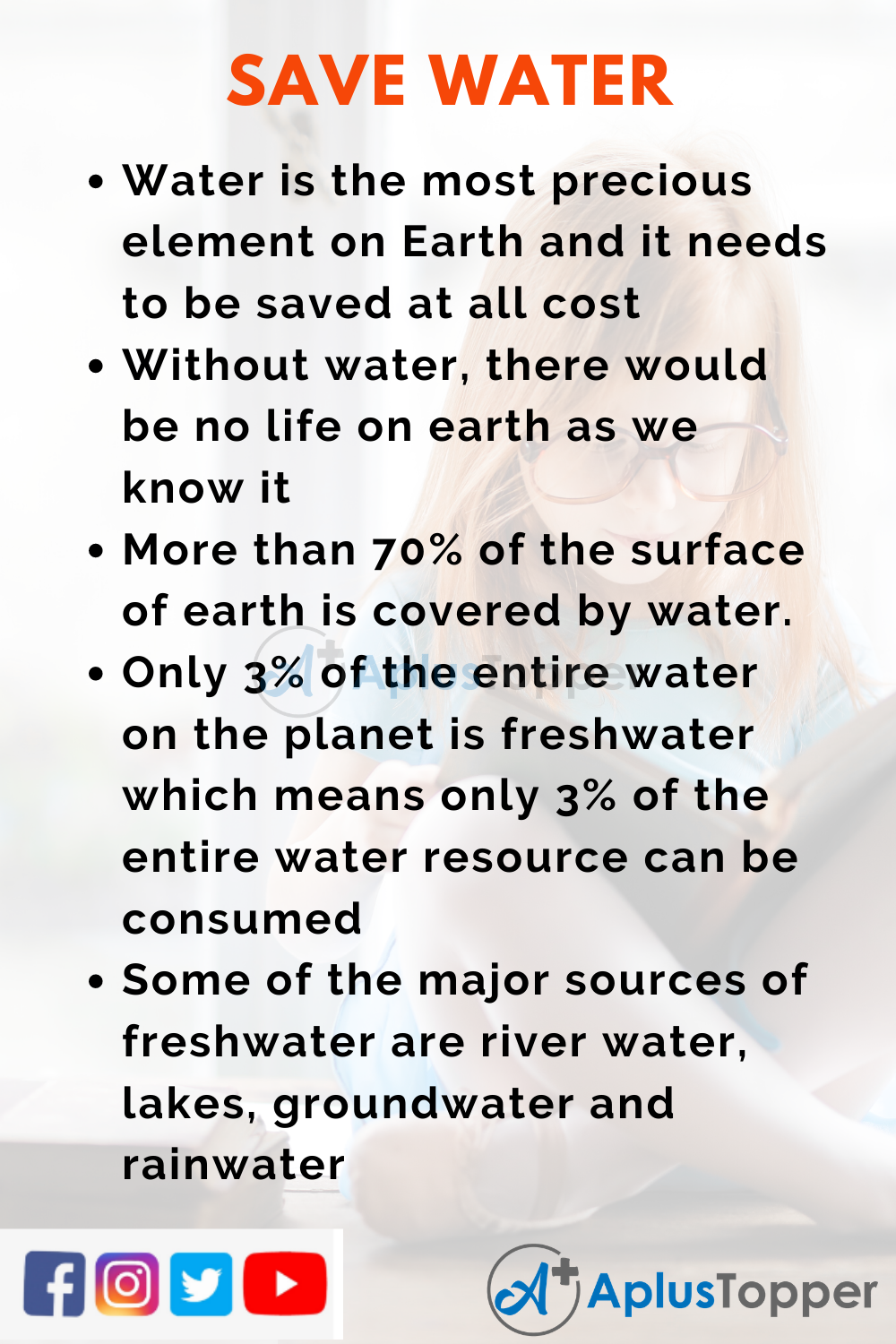 Set 2 – 10 Lines on Save Water for School Students

Set 3 – 10 Lines on Save Water for Higher Class Students 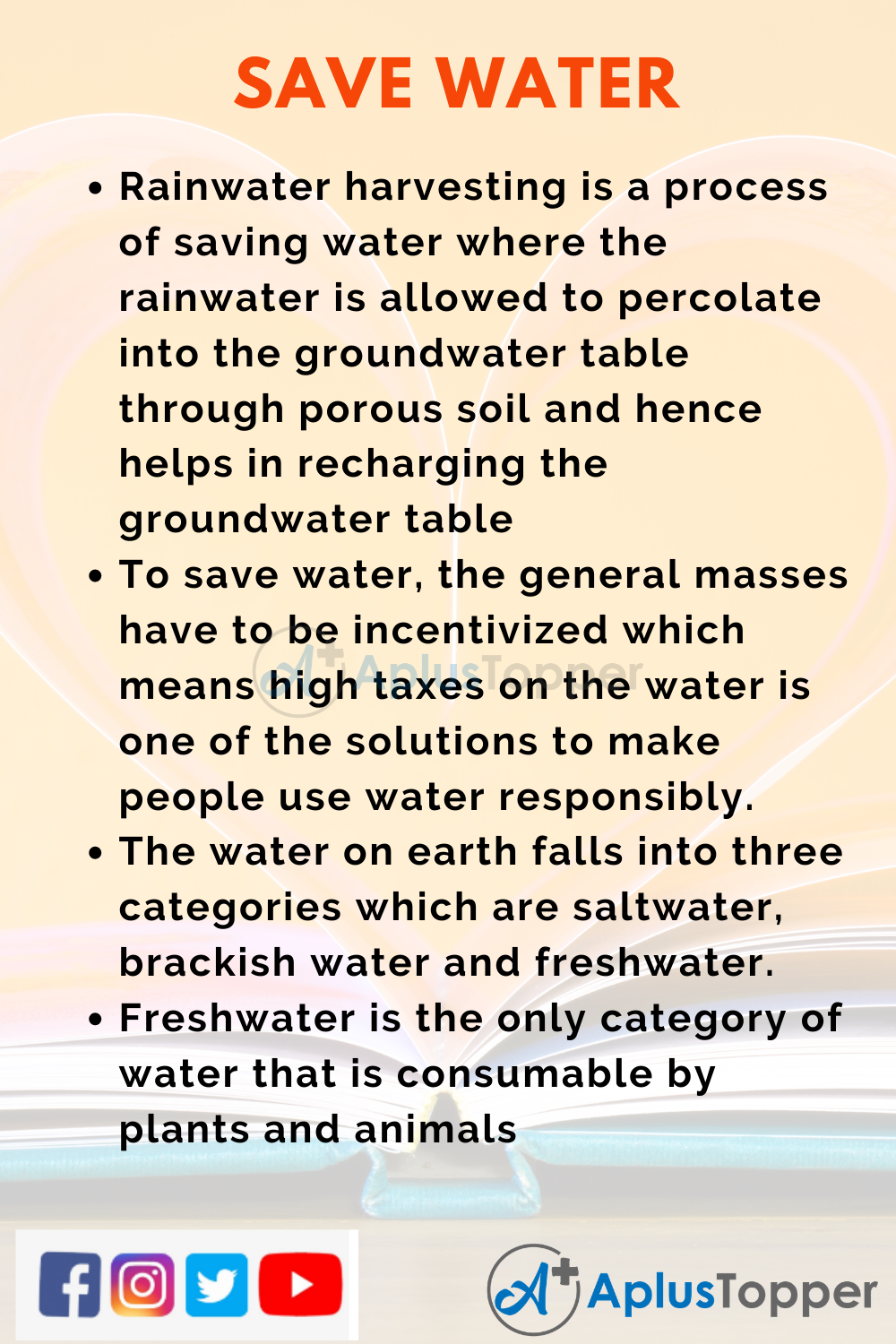 FAQ’s on 10 Lines on Save Water

Question 1.
Mention a few methods to save water

Answer:
Rainwater harvesting and recycling of water through treatment plants are few ways to save water

Question 2.
Why is water bodies getting polluted?

Answer:
Dumping of toxic wastes, both industrial and domestic is one of the reasons for water pollution

Question 3.
Can saltwater be converted to fresh after?

Answer:
Scientists are still working on mass-scale production of freshwater from saltwater, but as of now, the technology is redundant

Question 4.
How to save water at home?

Answer:
Turning off the water tap when not in use, using a bucket to take bath instead of a shower, gardening water using sprinkler methods are few ways to save water at our homes