10 Lines On SAARC Charter Day: On December 8th, every year, we observe Saarc Charter Day. In 1985, the Saarc Charter was signed by the leaders of the Saarc countries. The first summit was held at Dhaka, Bangladesh. The full form of Saarc is South Asian Association of Regional Cooperation. Cooperation helps the south Asian countries progress and develop in the future.

The Secretariat of Saarc was established in Kathmandu in 1987, and King Birendra Bir Bikram Shah of Nepal inaugurated it. The main objectives of Saarc are to promote cultural, educational, technical knowledge in the concerned countries through assisting each other and maintaining peace with each other. 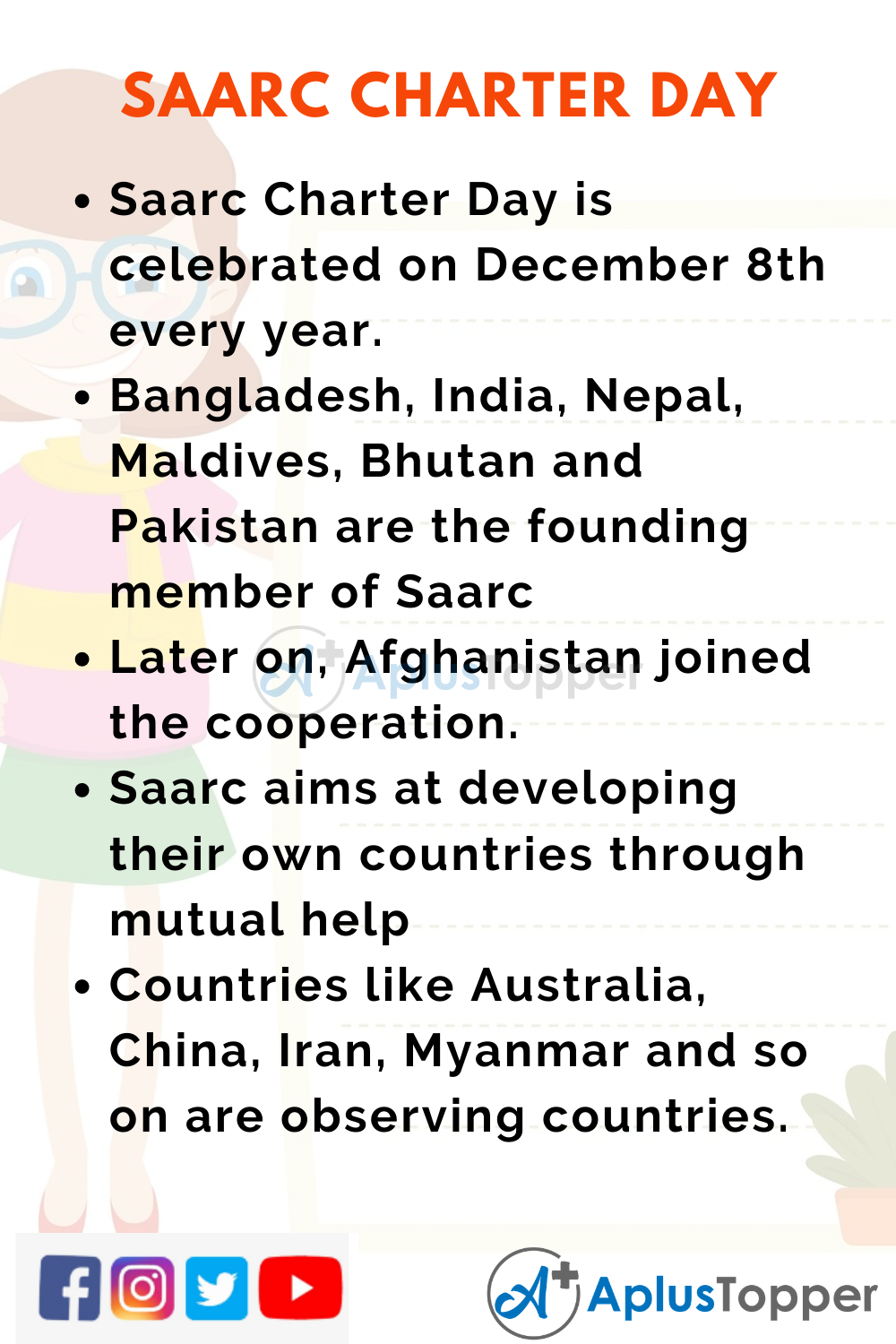 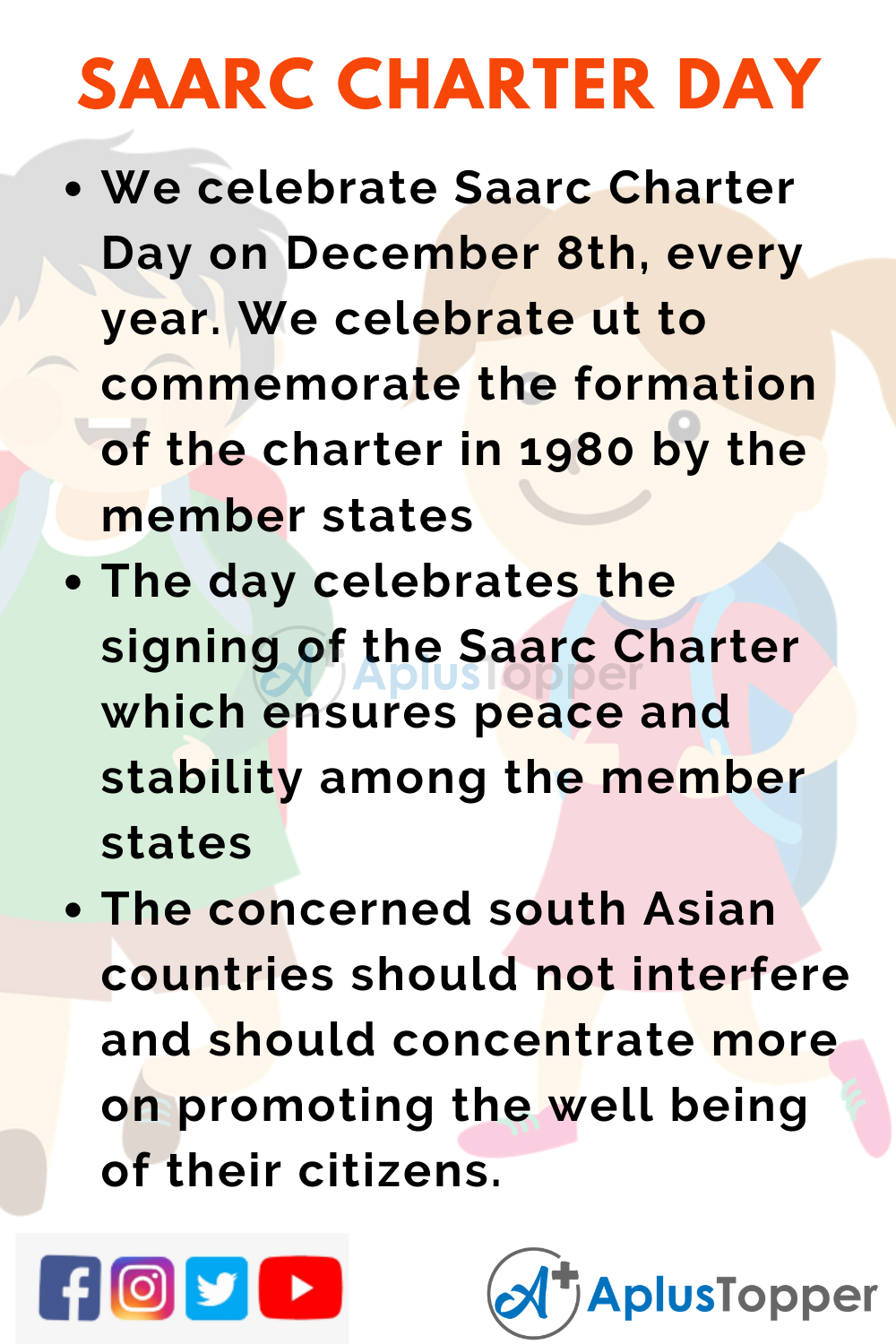 Question 1.
Who is the current president of Saarc?

Answer:
Amjad Hussain B Sial, from Pakistan, is the current president of Saarc.

Question 2.
Where is the Secretariate of Saarc?

Answer:
The secretariate of Saarc is in Kathmandu, Nepal. It coordinates the activities and meetings, etc. between the member countries. It also serves as a channel of communication between the association and its member states.

Question 3.
Who is the first woman president of Saarc?

Answer:
The First woman president of Saarc is Fathimath Dhiyana Saeed, who is also a Maldivian diplomat. She was the first woman to hold this post since the organizations inception in 1985.

Question 4.
What are the main organs of Saarc?

Answer:
The four organs of Saarc are Meeting of the Head of state or Government, Council of Minister, Standing Committee, Technical Committee, Secretariat.