10 Lines on Rainy Season: A monsoon is a seasonal reversal from the summer to the winters. This season is accompanied by a sudden onset of the rains that are generally begun as the north-westerlies come over to the Subcontinent of India. This Monsoon enters the country from the Kerala coast. The season sees it’s the first welcome at Kerala. It is erratic over the Indian Subcontinent and is accompanied by rains and precipitation.

Monsoon refers to the change from the parching summers of the Subcontinent to the wet spells. There are dry spells too across various parts of the country, but we do not focus on that in our essay. Monsoons are mostly the beginning of a seasonal change. It marks the end of the parching summers. It also marks the beginning of the winters over the Indian Subcontinent. There are various types of monsoons that can take over a certain geographical area. For example, the winds originating off the Nordic Coasts bring scanty to the heavy rainfall experienced by the Northerners. 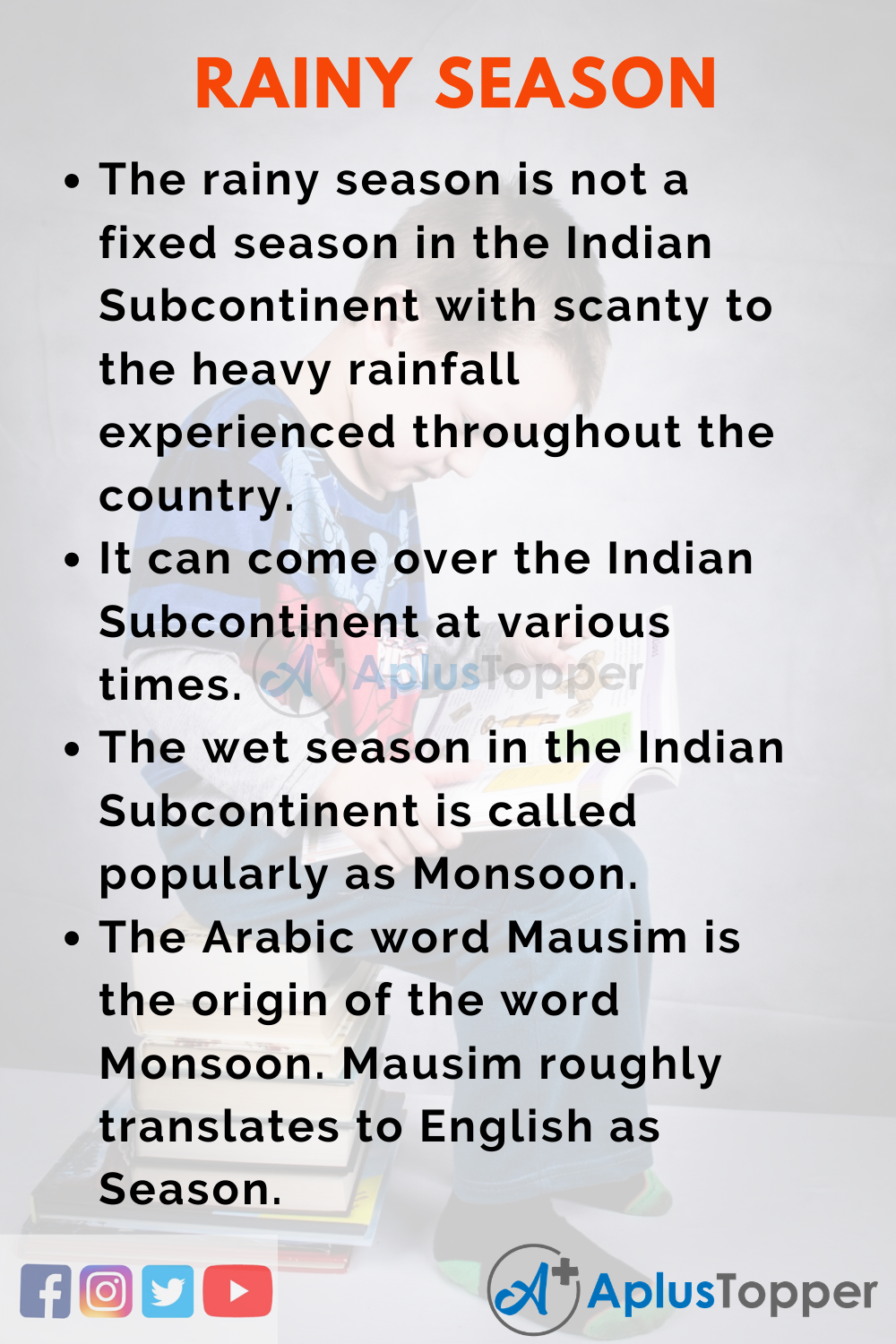 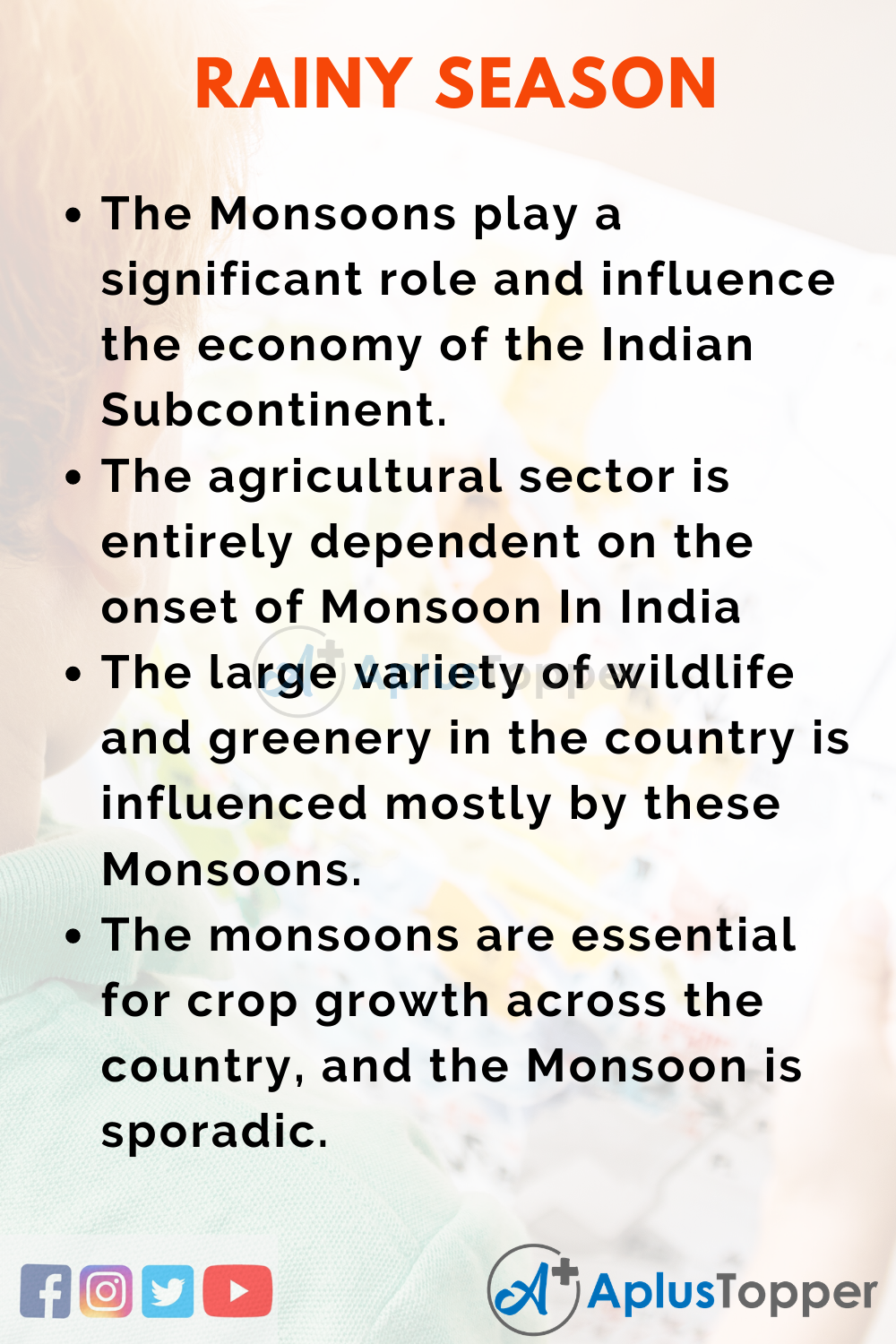 FAQ’s on 10 Lines on Rainy Reason

Question 1.
Are Monsoons erratic over the Subcontinent?

Answer:
Yes. They come in the month of June for most years. However, on certain occasions, the monsoons can be pushed back to almost August.

Question 2.
Are Monsoons helpful in bringing in changes in the agricultural setup?

Answer:
Yes. The agriculture in the Indian Subcontinent is heavily reliant on the Monsoon. In fact, the places receiving scanty rainfall have laterite or red soil that requires a lot of maintenance and irrigation.

Question 3.
Are the Monsoons sporadic?

Answer:
The monsoons are erratic and are uncertain over most parts of the country. In most cases, the monsoons hit the Indian Subcontinent in the Month of June, but many times the monsoons can also come over the country in the month of July or August.

Question 4.
Is the Monsoon one of the notable seasons of the country?

Answer:
Yes, Monsoons are prominent and very much felt across the country.