10 Lines on Rainwater Harvesting: Rainwater harvesting is the process of storing and collecting the rain that we get due to precipitation for future use. This water is stored in a tank, a cistern, or even a pit. The water can either be taken out of the system using a pump, or it can be hand-drawn in case of a shaft. The pit is generally in the form of a well or a deep shaft. It is helpful in the places where irrigation is necessary to grow crops, and rainfall is scanty. It can also be used for the household purpose of cleaning and cooking. Most of the time rainwater is very safe to use directly. But it is very much recommended to boil or filter water before consuming it. 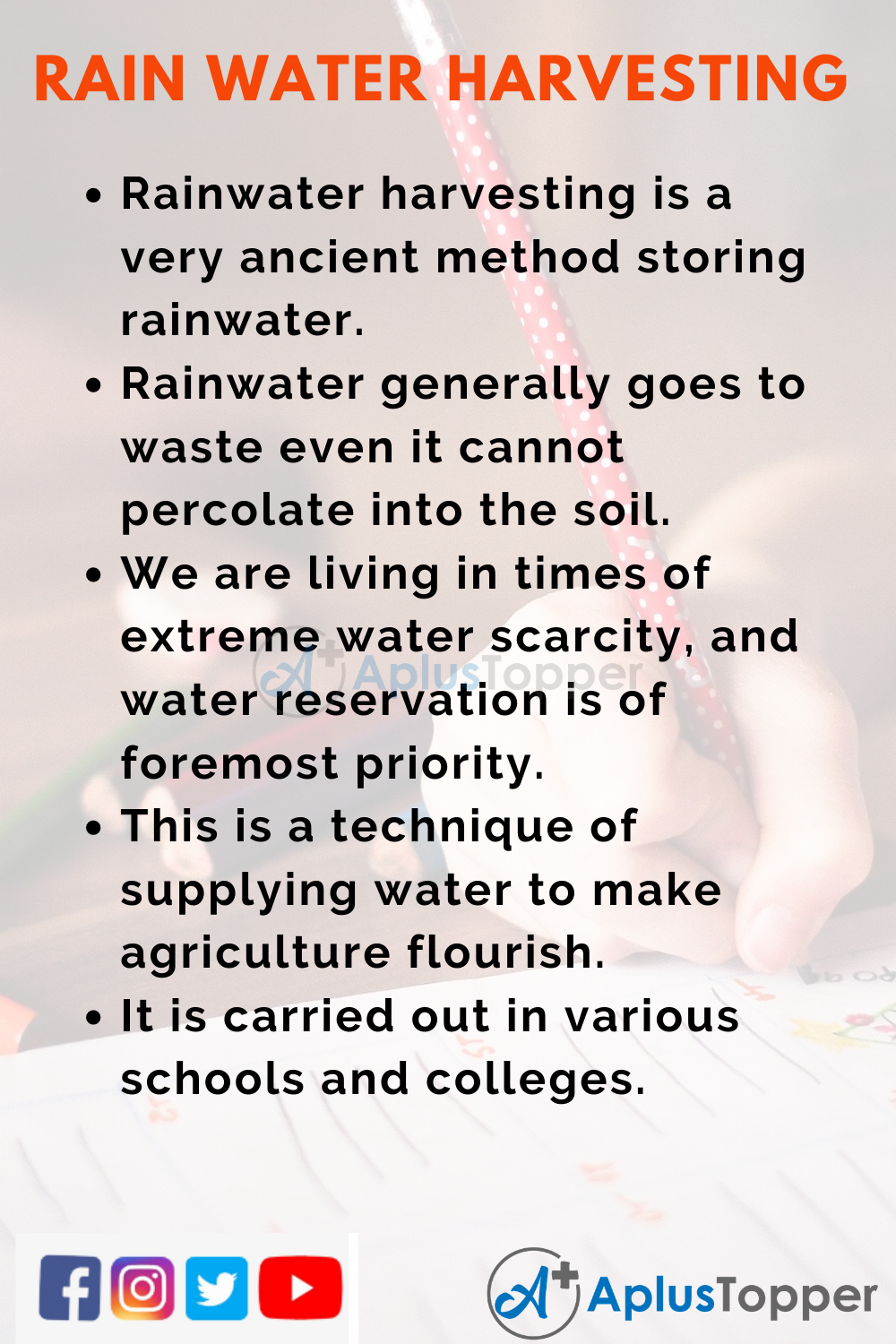 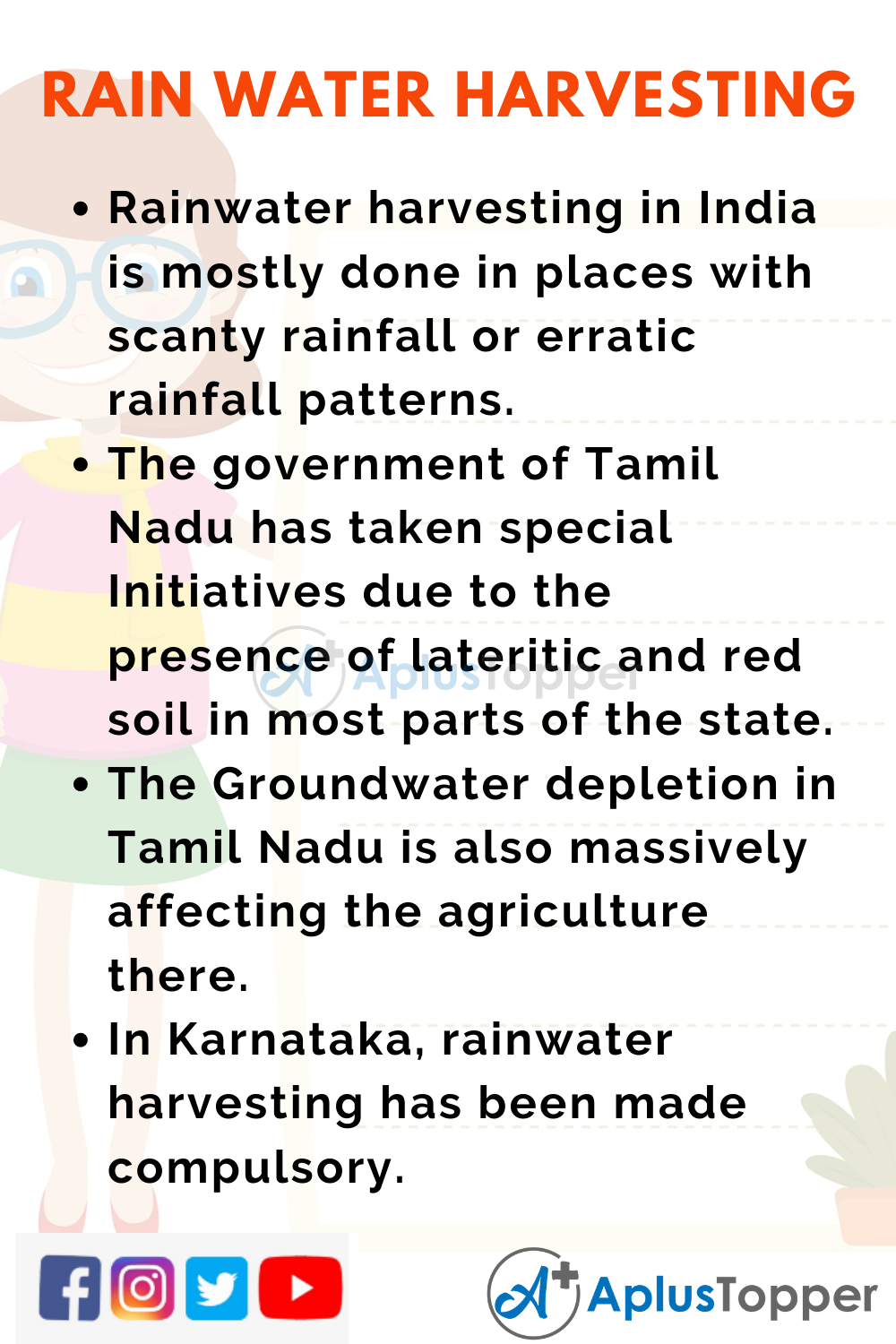 FAQ’s on 10 Lines on Rainwater Harvesting

Question 1.
What are some of the new methods of rainwater harvesting?

Answer:
The method of Roof hatchments and Groaisis boxes are being used in several countries now.

Question 2.
Why does the Indian soil need rainwater harvesting?

Answer:
The rainfall patterns in India are pretty erratic; storing water in the form of rain is a necessity.

Question 3.
What is the reason behind rainwater harvesting?

Answer:
Rainwater harvesting is the method of storing rainwater. Water from rainfall is stored in dams, wells, and shafts. This stored water is later on used for the purposes of irrigation in an area where rainfall is uncertain. It is also used by the household for purposes of cooking and other household activities. Many states and countries all over the world have made it compulsory to store rainwater. It helps in reducing the wastage of water. Water scarcity is a massive and not so trivial problem.

Question 4.
What chemicals can be found in the rainwater?

Answer:
Sodium, magnesium, potassium bicarbonate etc. can be found in the rainwater.