10 Lines on Newspaper: In every household, a newspaper is an essential thing which is circulated. In every morning, the hawker throws newspaper in our home when we open the door. The significance of the newspaper is not from recent times but from the time of the British period when India was not even a free country.

When the freedom fighters were struggling and criticizing against the British government and helped people to encourage and participate in the freedom movements, the newspaper played a vital role in that time. The fourth pillar of democracy is media, and for nation-building, newspaper plays a significant role among the people by spreading different awareness. 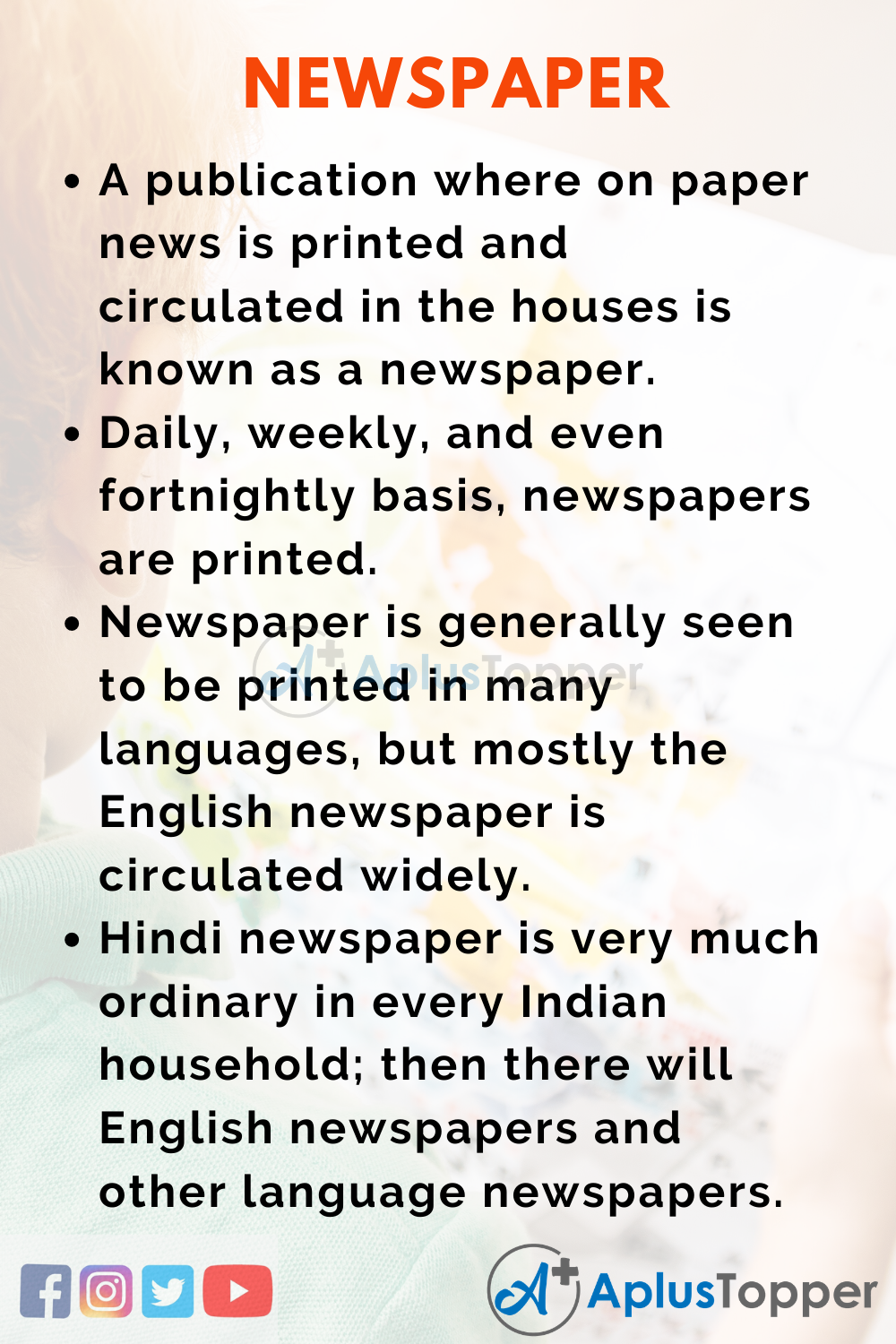 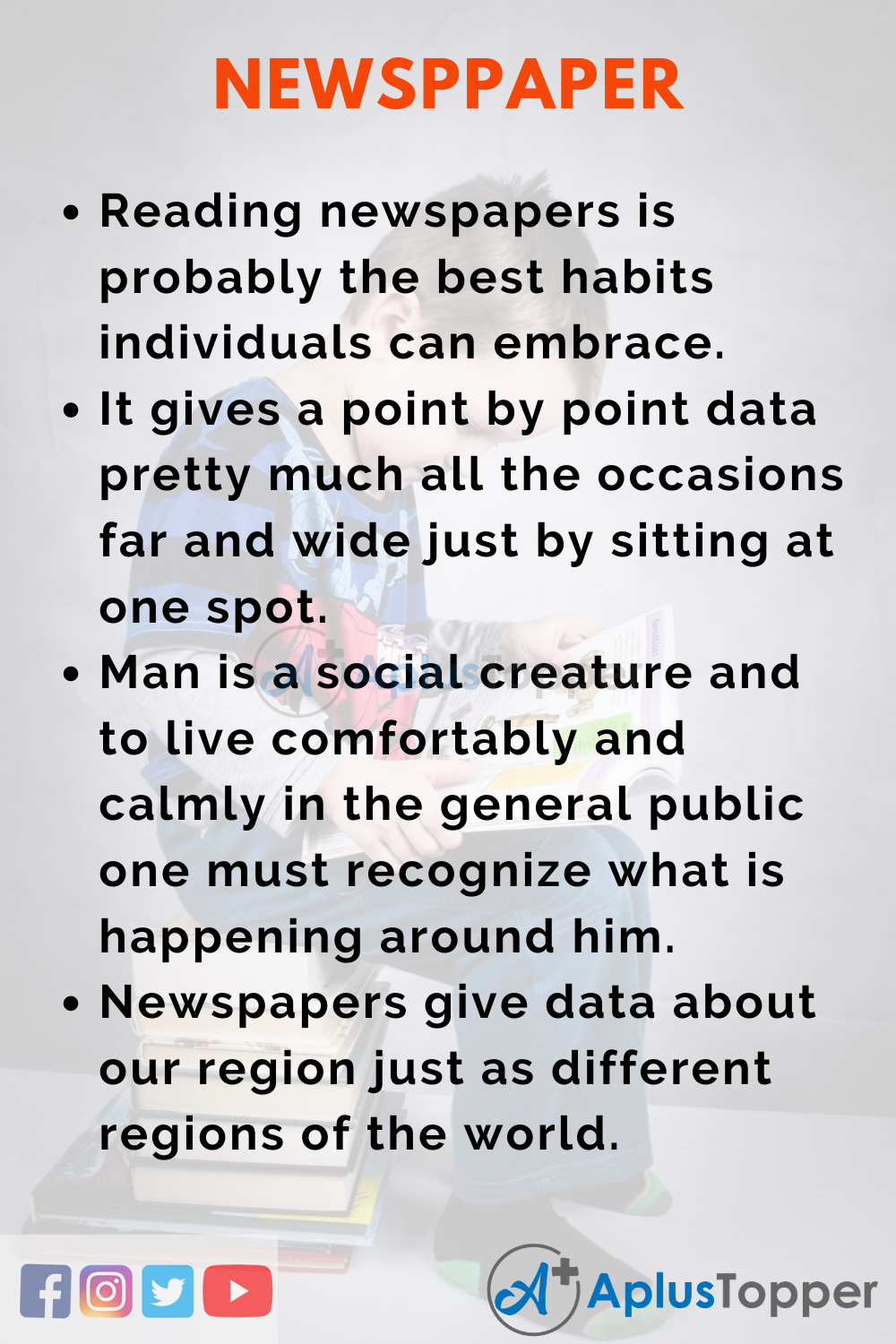 FAQ’s on 10 Lines on Newspaper

Question 1.
Who is known as the father of the newspaper?

Answer:
James Augustus Hickey is the father of the newspaper. The phrase “national pastime” was used in his first newspaper.

Answer:
The first newspaper in the world is the Relation aller Furnermmen und gedenckwurdigen Historien newspaper which is a Greman- language paper which was printed from 1605 onwards in Strasbourg by Johann Carolus.

Question 3.
A newspaper in India was introduced by whom?

Question 4.
Which newspaper is known as the oldest daily in India?

Answer:
The Mumbai Samachar in 1822 is the oldest daily started by Fardoonji Murzban in India.