22nd December of every year is celebrated as the National Mathematics Day, on the birth anniversary of Srinivasa Ramanujan. S. Ramanujan was an Indian mathematician during the British Rule. He had never been formally trained in the subject, yet he became one of the greatest mathematicians of all time.

The day is recognized to commemorate his greatness and contributions in the field of mathematics like infinite series, number theory, mathematical analysis, etc. Ramanujan gave solutions to mathematical problems that were considered unsolvable during the time. 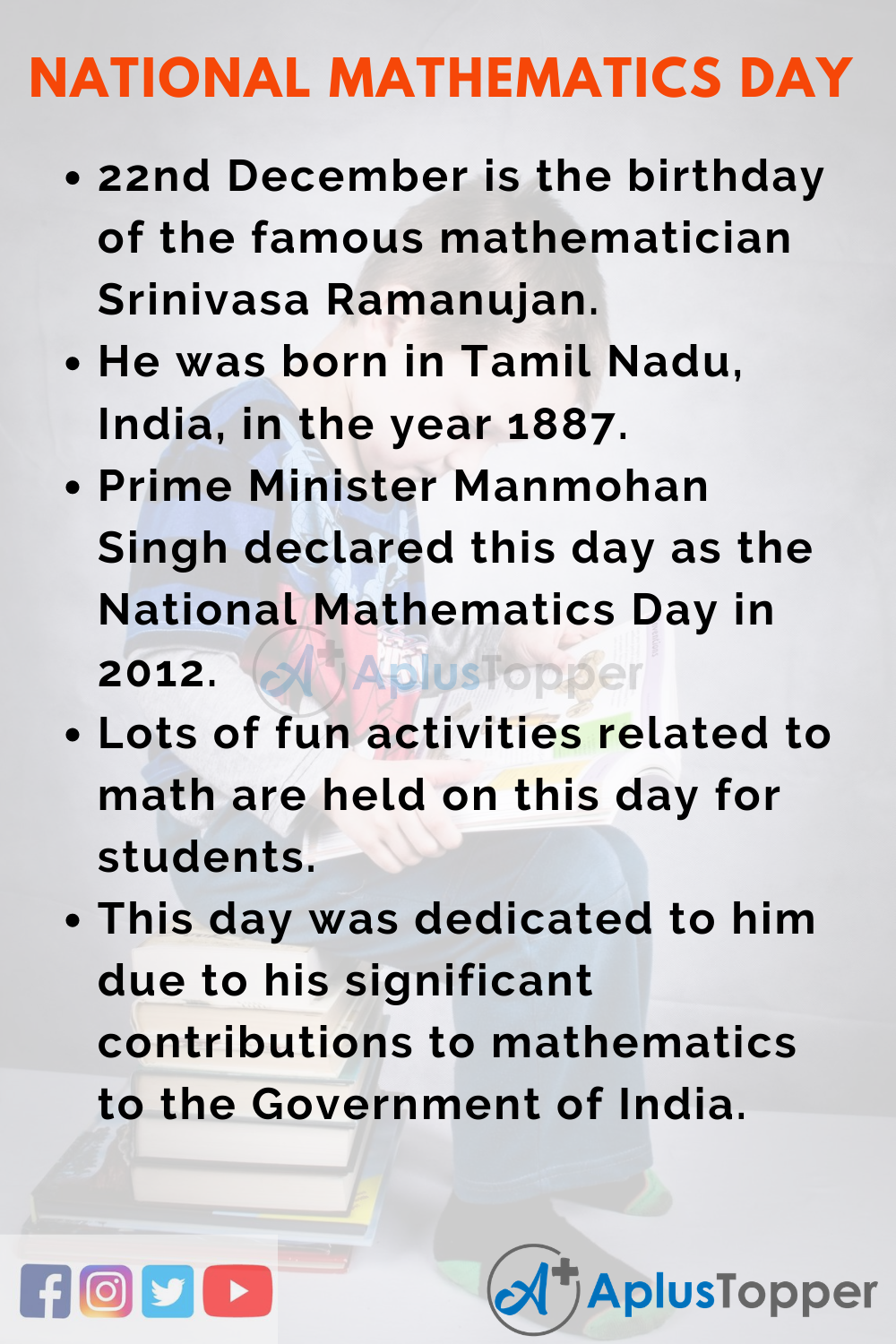 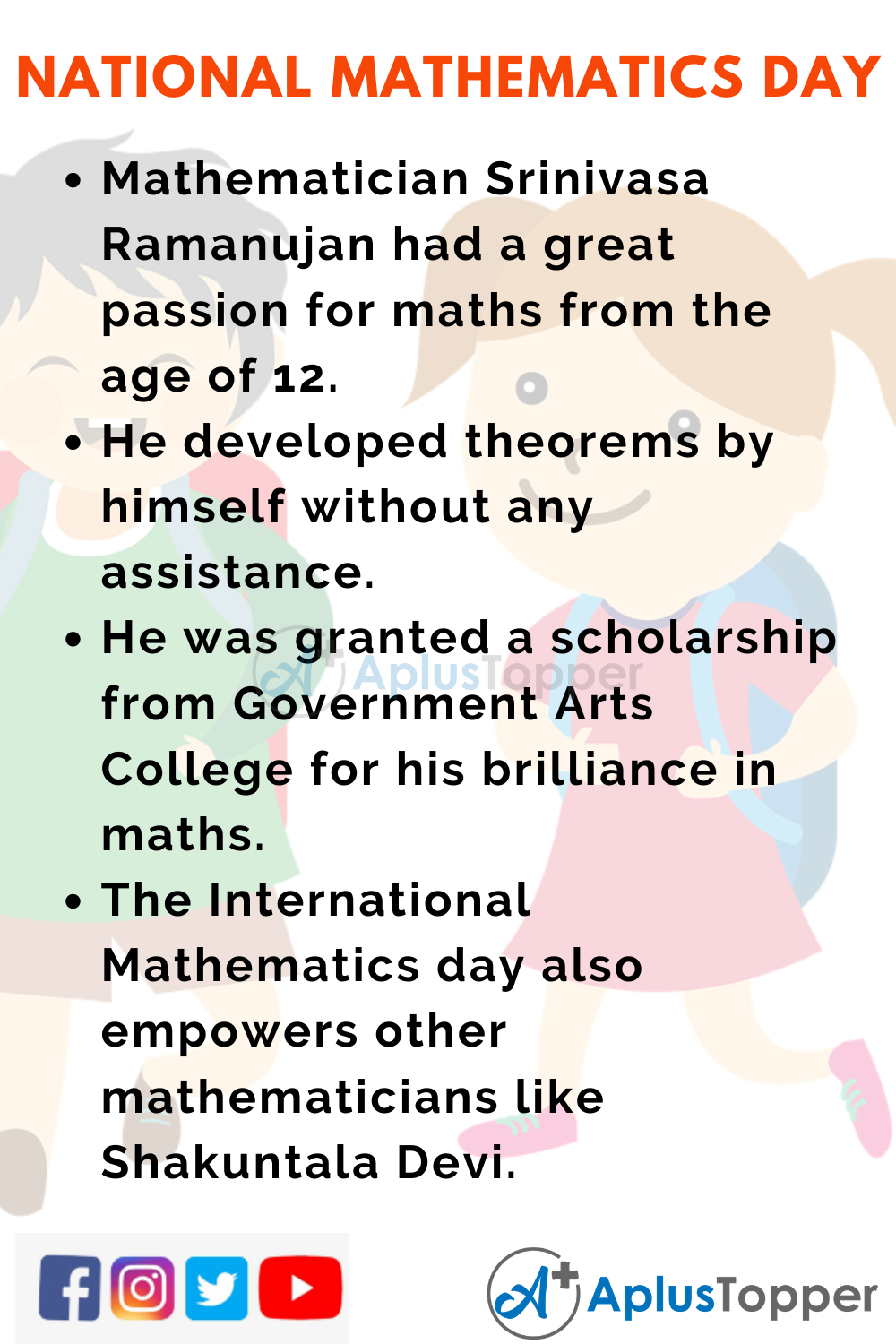 Answer:
The number 1729, also known as Hardy Ramanujan number, is unique because it is the smallest number expressed as the sum of two different cubes in two alternate ways. It is the sum of the cubes of 12 and 1.

Question 2.
What is the importance of Math Day?

Answer:
World math day is celebrated all across the globe every year to make students aware and encourage them to sharpen their arithmetic skills. In India, National Mathematics Day is recognized in this regard.

Question 3.
Who invented the 0?

Answer:
The history of first recorded 0 dates back to the Mesopotamian civilization around 3 B.C. The Mayans invented the 0 according to many. Later it was devised in India by the great mathematician Aryabhatta, and from there, it went to Cambodia, China, and several other countries.

Question 4.
What are Ramanujan’s contributions to mathematics?