10 Lines on National Anthem: A national anthem is the feeling of pride for every citizen. It is generally a musical composition that shows the history, tradition, and struggle of its people. Every nation in the entire world has its national anthem concerning their language and culture. Some of the countries also share their national anthem. And it shows how much they are interacting with each other. They share their respective cultural values.

Little-known or unknown composers wrote most of the best-known national anthems. The author of “God Save the Queen”, one of the oldest and most famous tunes in the world, is unknown and disputed. 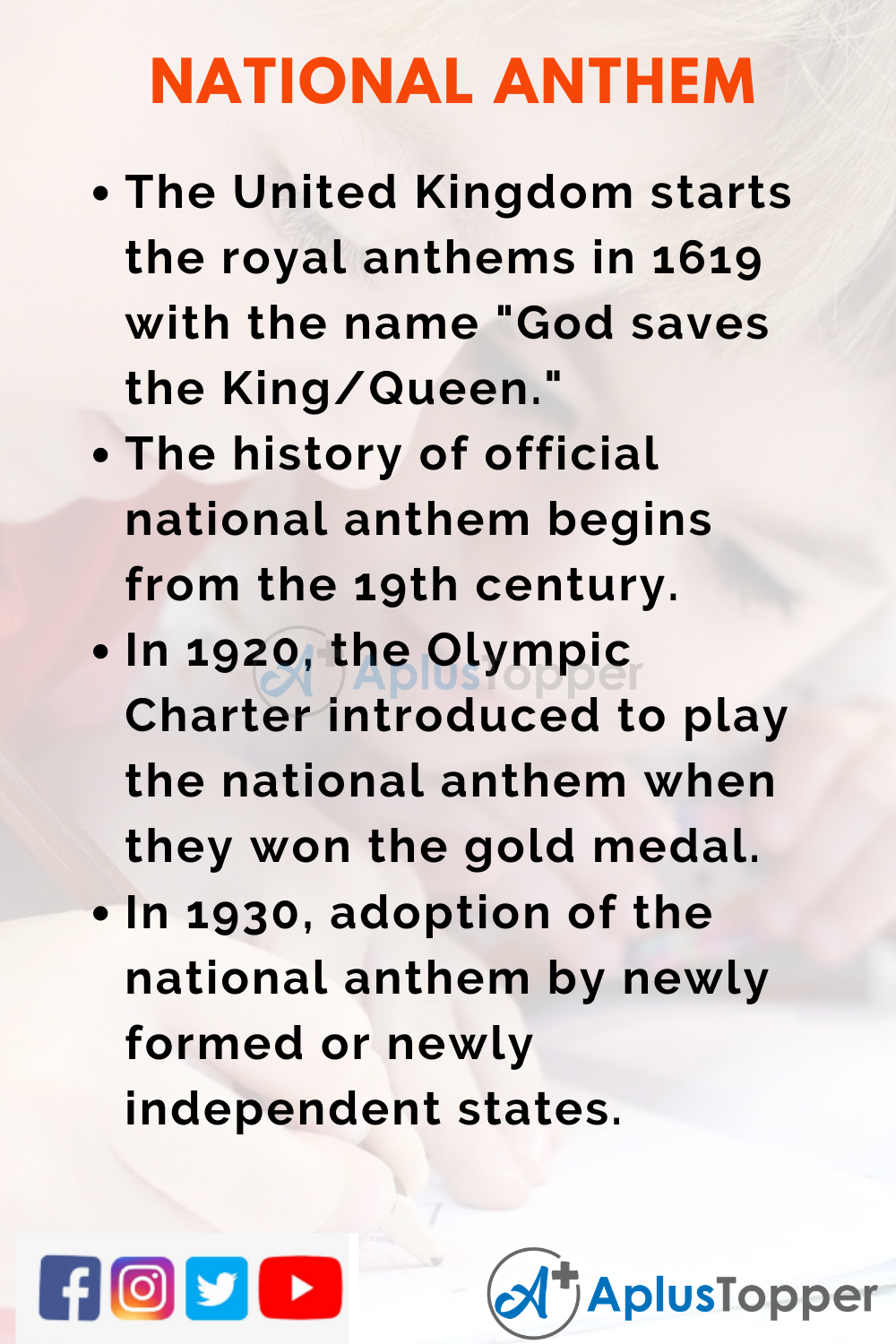 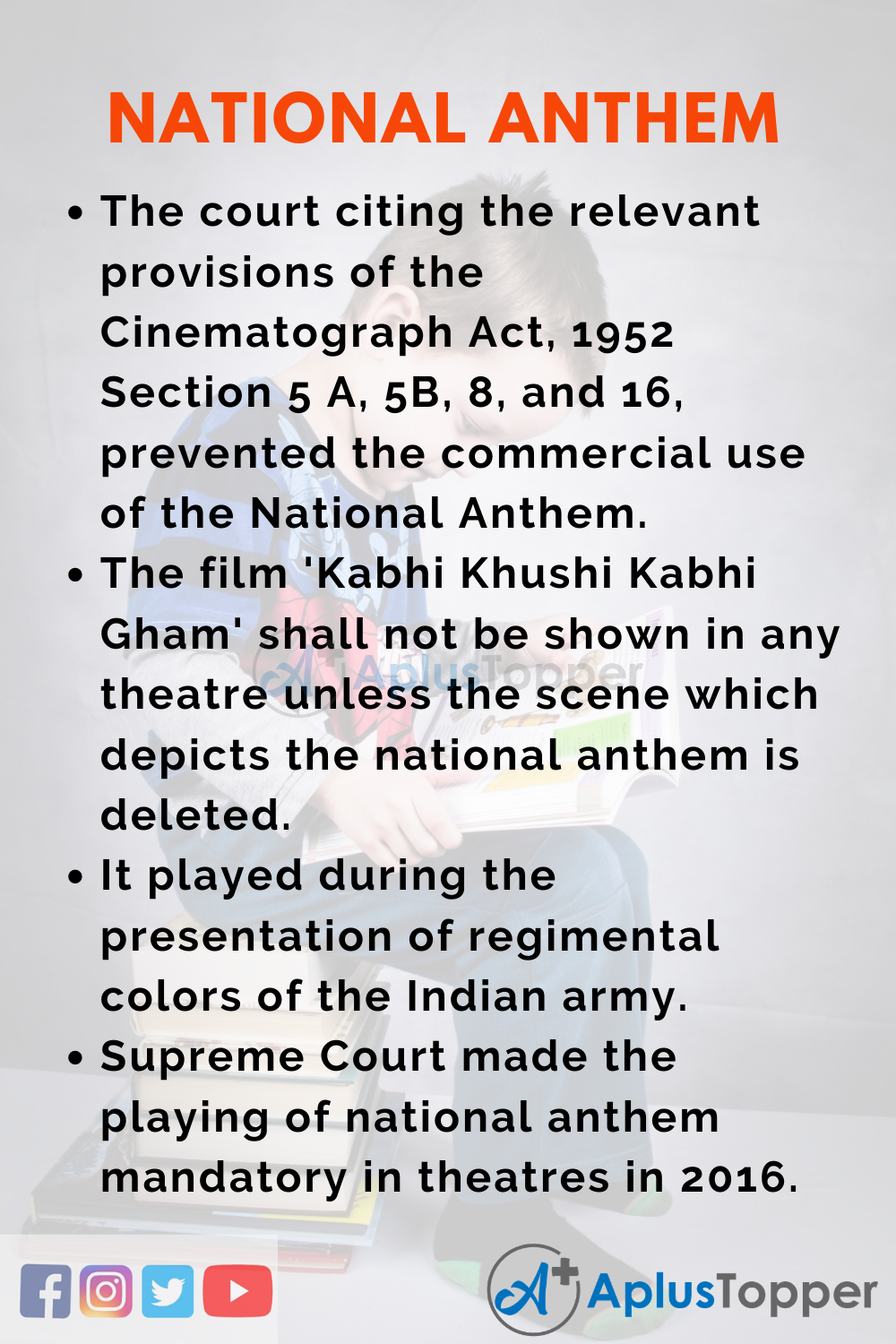 FAQ’s on 10 Lines on National Anthem

Question 1.
What should our draft say over national anthem?

Answer:
Our draft Constitution is silent about our National Anthem. On many occasions, our Prime Minister Pandit Jawaharlal Nehru has stated that the Constituent Assembly would take the final decision on the question of National Anthem.

Answer:
Yes, through various Judicial Pronouncements in the last three decades by High Courts and Supreme Court of India, the following points have emerged— Right of Silence at the time of the singing of the Indian National Anthem.

Question 3.
Is anyone have right to stay silent during the national anthem?

Answer:
Yes, there is Right of Silence at the time of the singing of the Indian National Anthem.