10 Lines on Minorities Rights Day in India: India is vastly inhabited by people of various ethnicities, linguistic, and religious beliefs. And for in a secular country as India, as per the nation’s Constitution, all citizens should have equal rights.

But many times, the experience of the people belonging to minority begs to differ with the equal rights scenario. Minorities Rights Day is designated to make people aware of the minorities in India and engage organizations to empower those groups. 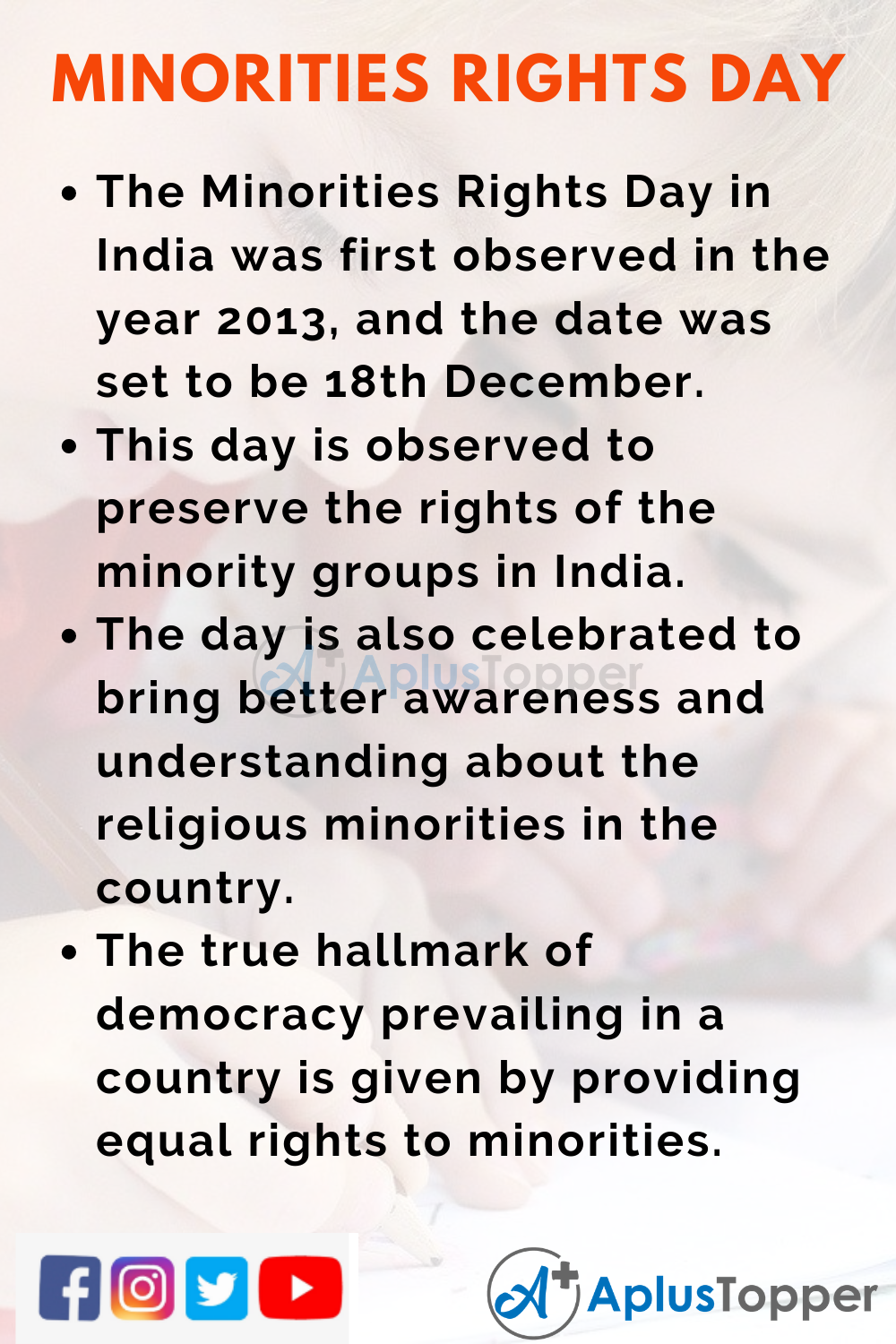 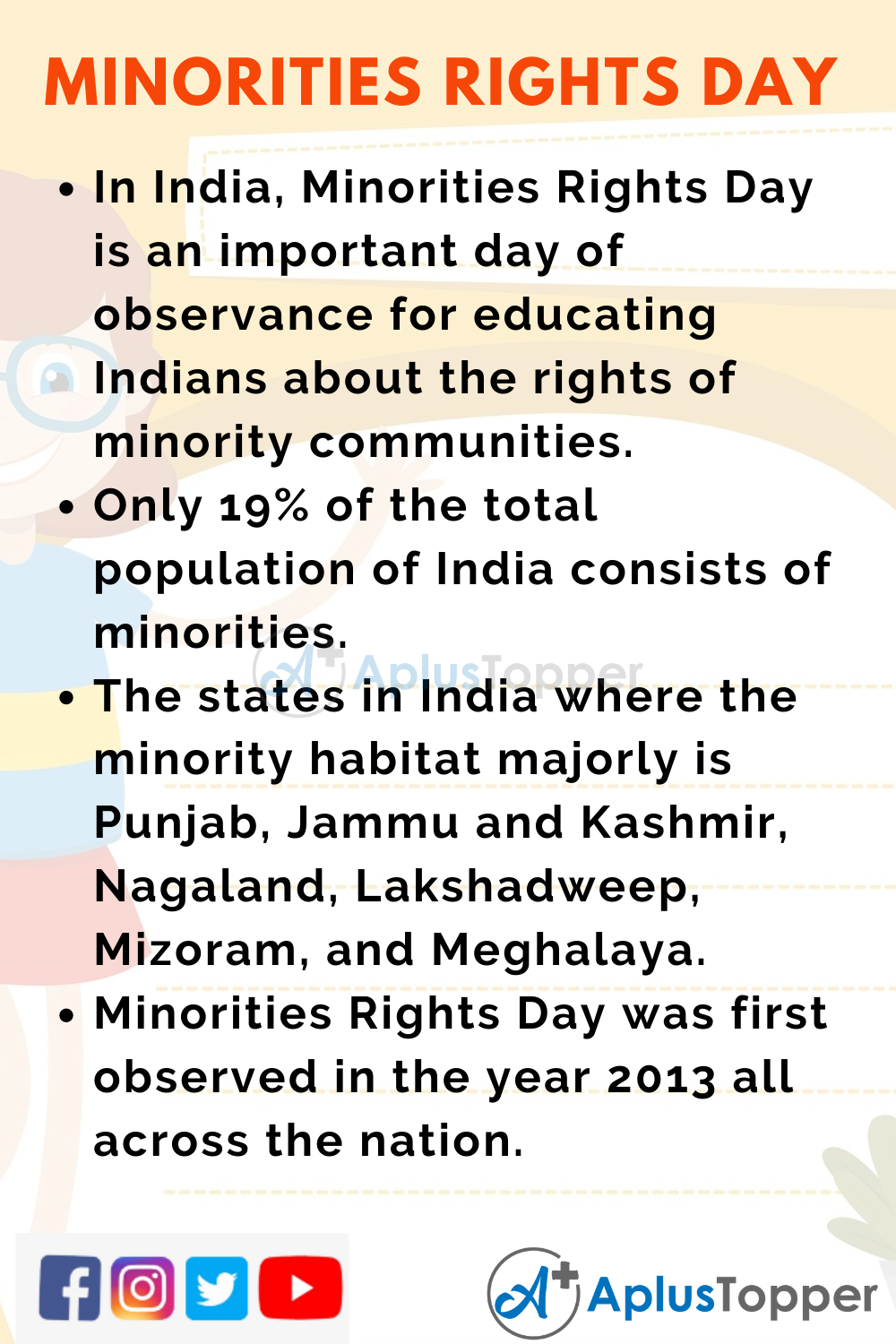 Question 1.
State the importance of the 1992 declaration adopted by the UN.

Answer:
It was a huge step towards protecting and preserving minority groups present worldwide.

Question 2.
How has the establishment of the National Commission for Minorities benefited India?

Answer:
The establishment of the NMC has helped in protecting the rights of minorities in India.

Question 3.
State an appreciation worthy aspect of secularism in India.

Answer:
The credit of the Indian nation’s secular fabric is that religious communities live in peace without causing conflicts with minorities.

Question 4.
How many religious communities are considered minorities in India?