10 Lines on Manika Batra: Manika Batra is famous not only in India but in foreign as well as abroad.  She was affectionate of Table Tennis from a very early age. She claims that her father is the actual motivation behind her success. Apart from her playing skills, Manika has received several modeling offers. However, she rejected all those offers as she was highly devoted to her goal towards table tennis. Her dedication and passion for Table Tennis helped her in making dreams into reality. Currently, she is 24 years old, and there is much more to achieve. She is the most successful player and plays a crucial role in India’s Table Tennis revolt. 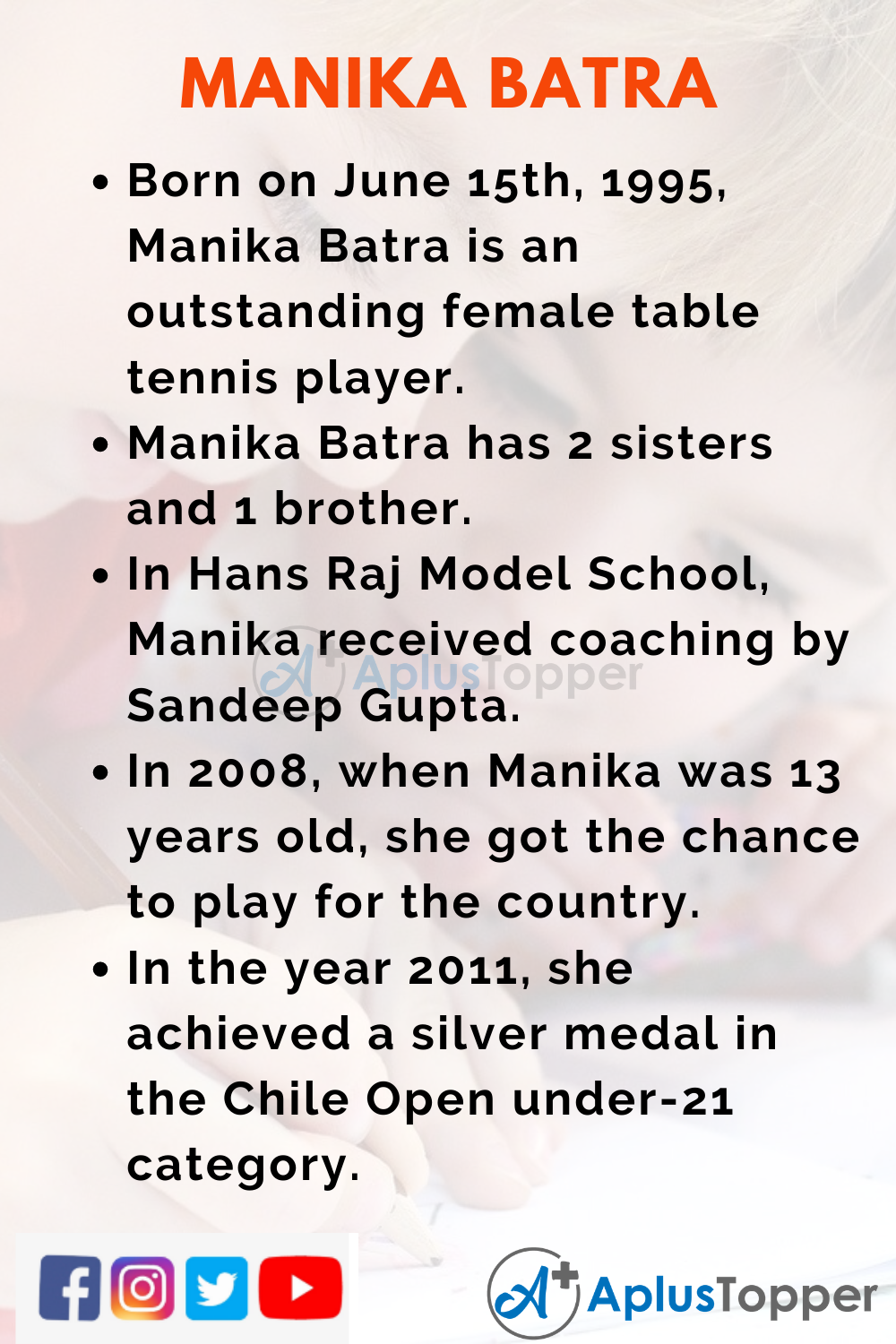 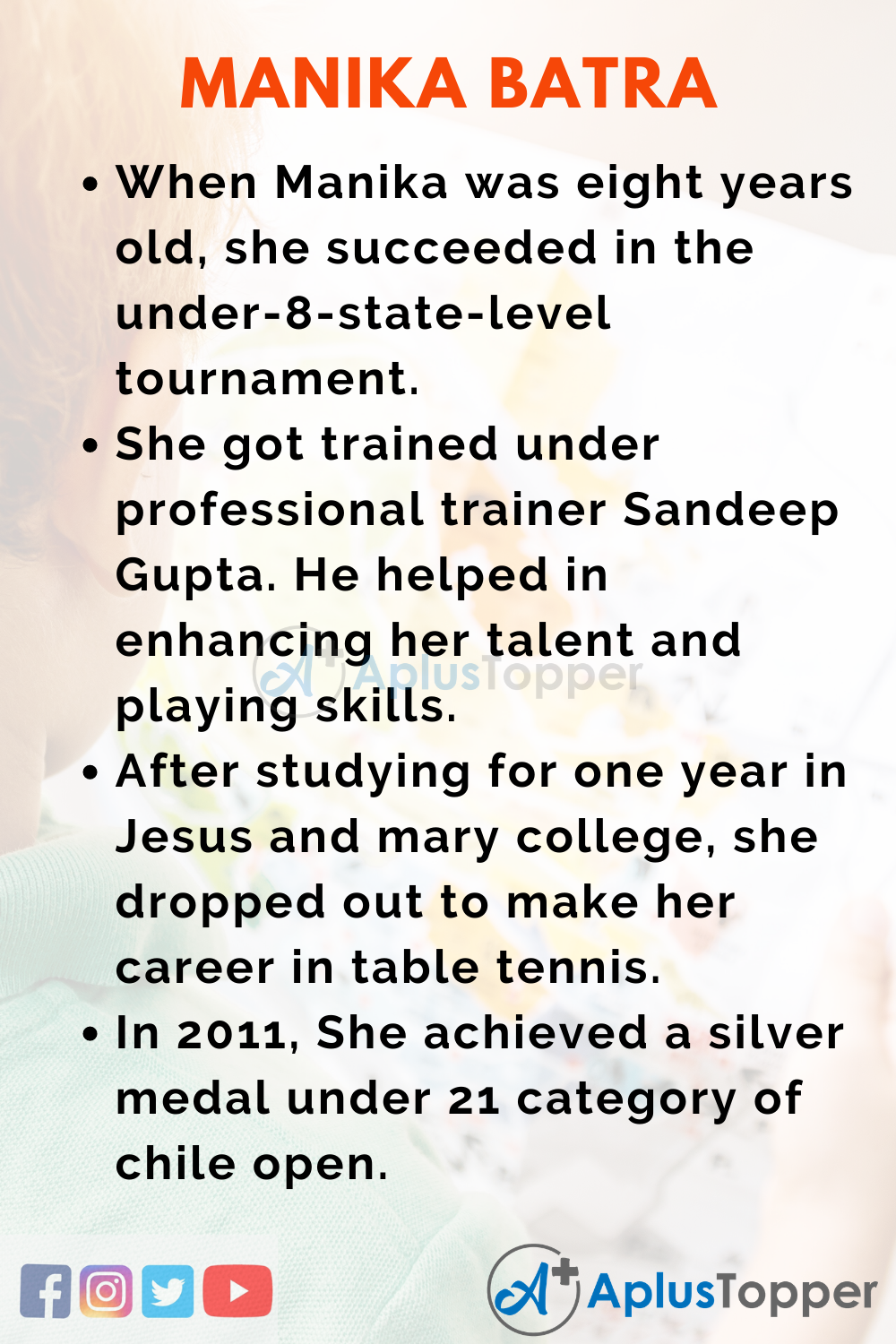 FAQ’s on 10 Lines on Manika Batra

Answer:
At the age of four, Manika Batra started playing table tennis. She won her first match in a state-level tournament under-8 category.

Question 2.
In which magazine Manika Batra was featured?

Answer:
In 2018, Manika Batra was presented on the cover of ‘Femina’ and ‘Vogue’ magazine.

Question 3.
Which does an Indian, Manika Batra, receive the only award?

Answer:
In 2018, Manika Batra became the first Indian to get honored with ‘The Breakthrough Star Award.’

Question 4.
From whom Manika Batra has got Table Tennis training?