10 Lines on Malgudi Days:  Mr. R. K. Narayan was a famous cartoonist, and in 1943 he also wrote a famous storybook, “MALGUDI DAYS.” This book was the collection of short stories based on an imaginary village known as Malgudi. The book is based on day-to-day life experiences of life, with a mixture of good, bad, and hilarious moments. Which cater to each age group and is a complete entertainment package. Due to its huge success and popularity among all the sections of society, director ‘Shankar Nag’ and ‘Kavitha Lankesh’ made a television serial based on this famous book. They also named this serial “Malgudi Days.”

This book was first published in1943 by Indian Thought Publications. The book was republished outside India in 1982 by Penguin Classics. The book includes 32 stories, in the fictional town of Malgudi, located in South India. The New York Times describes as “everyone in the book’s virtue seems to have a capacity of his particular hour.

“YOU BECOME WRITER BY WRITING. IT IS A YOGA” (R. K. Narayan) 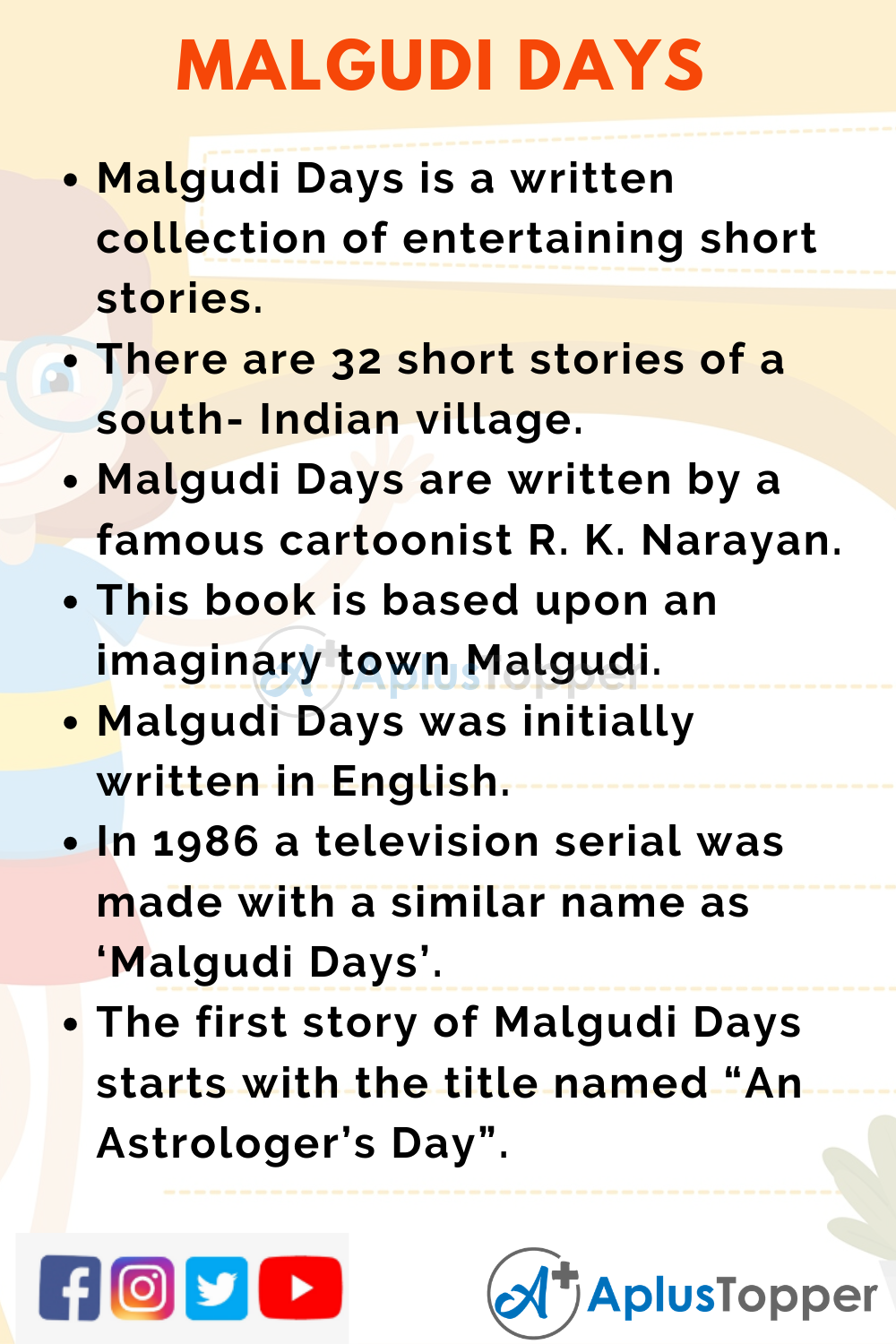 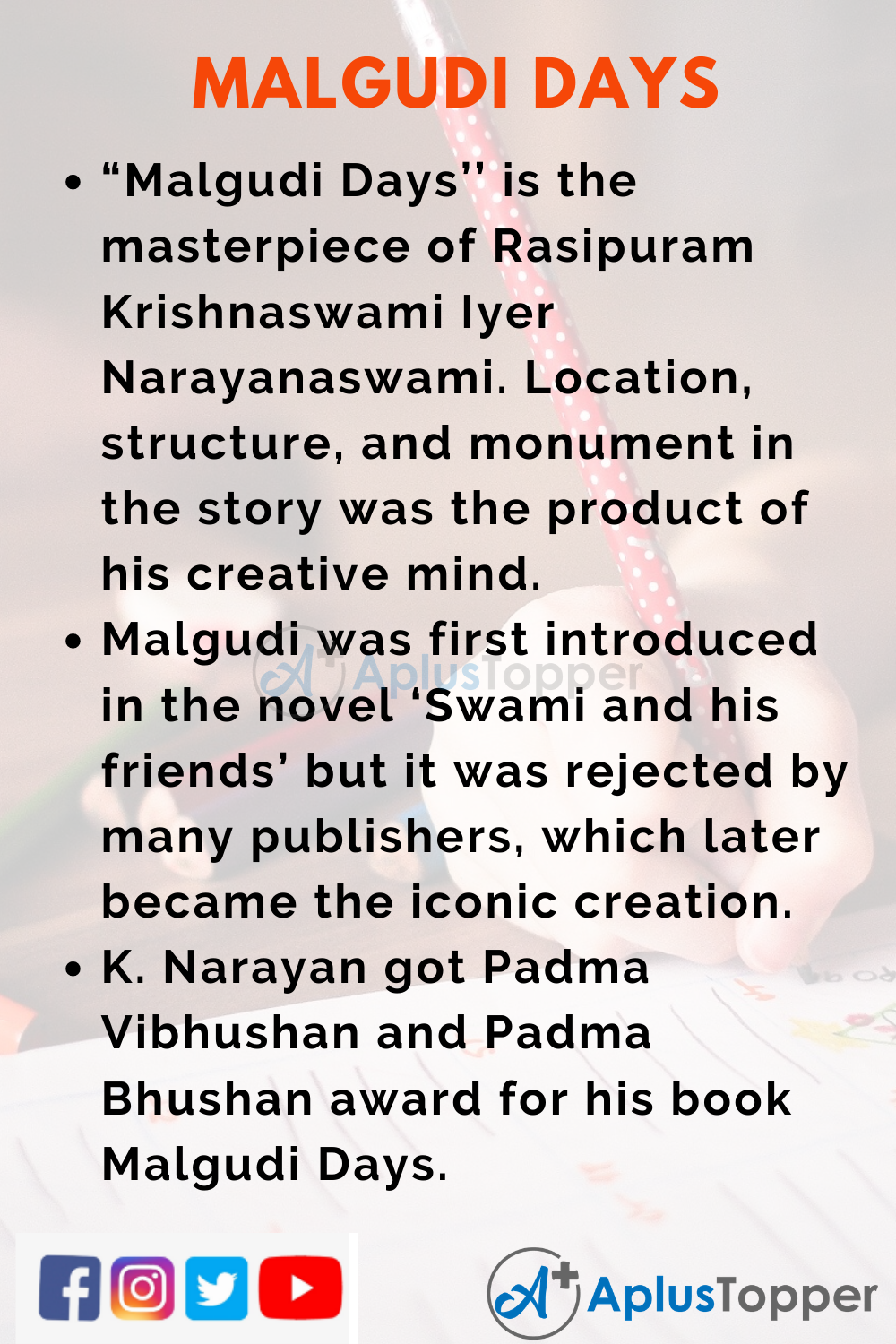 FAQ’s on 10 Lines on Malgudi Days

Question 1.
What do you know about ‘Malgudi Days’?

Answer:
‘Malgudi days’ is a collection of short stories by R. K. Narayan published in 1943 by Indian Thought Publication. All stories set in the fictional town of Malgudi, located in South India. The people living in this town of Malgudi lead simple lives and face several trials and tribulations.

Question 2.
How many stories are there in Malgudi Days?

Answer:
There are 32 stories in the book Malgudi Days, all set in the fictional town of Malgudi, located in South India.

Question 3.
What is the full name of R. K. Narayan?

Question 4.
Why did Shankar Nag make Malgudi Days in Hindi and not in Kannad?

Answer:
The Malgudi Days was originally written in English and popular all across the world.