10 Lines on Mahatma Gandhi’s Educational Philosophy: It is needless to mention the achievement and the sacrifices of the ‘Father of the Nation,’ Mahatma Gandhi. His freedom struggle was not only inspiring for the nation, but it has also set an extraordinary example worldwide. His non-cooperation movement was one of a kind that proved that independence could be attained peacefully. His conviction and determination was influential and led people to join his movement. Mahatma Gandhi had faith in Satya (truth) and Ahimsa (non-violence). He not only preached but also practiced certain philosophies with great conviction.

Apart from the freedom movement, he advocated the necessity of education for one and all. He suggested that education should be an integral part of every country. Read on to find more about some lines on Mahatma Gandhi.

Set 1 Mahatma Gandhi Philosophy of Education is helpful for students of Classes 1, 2, 3, 4 and 5. 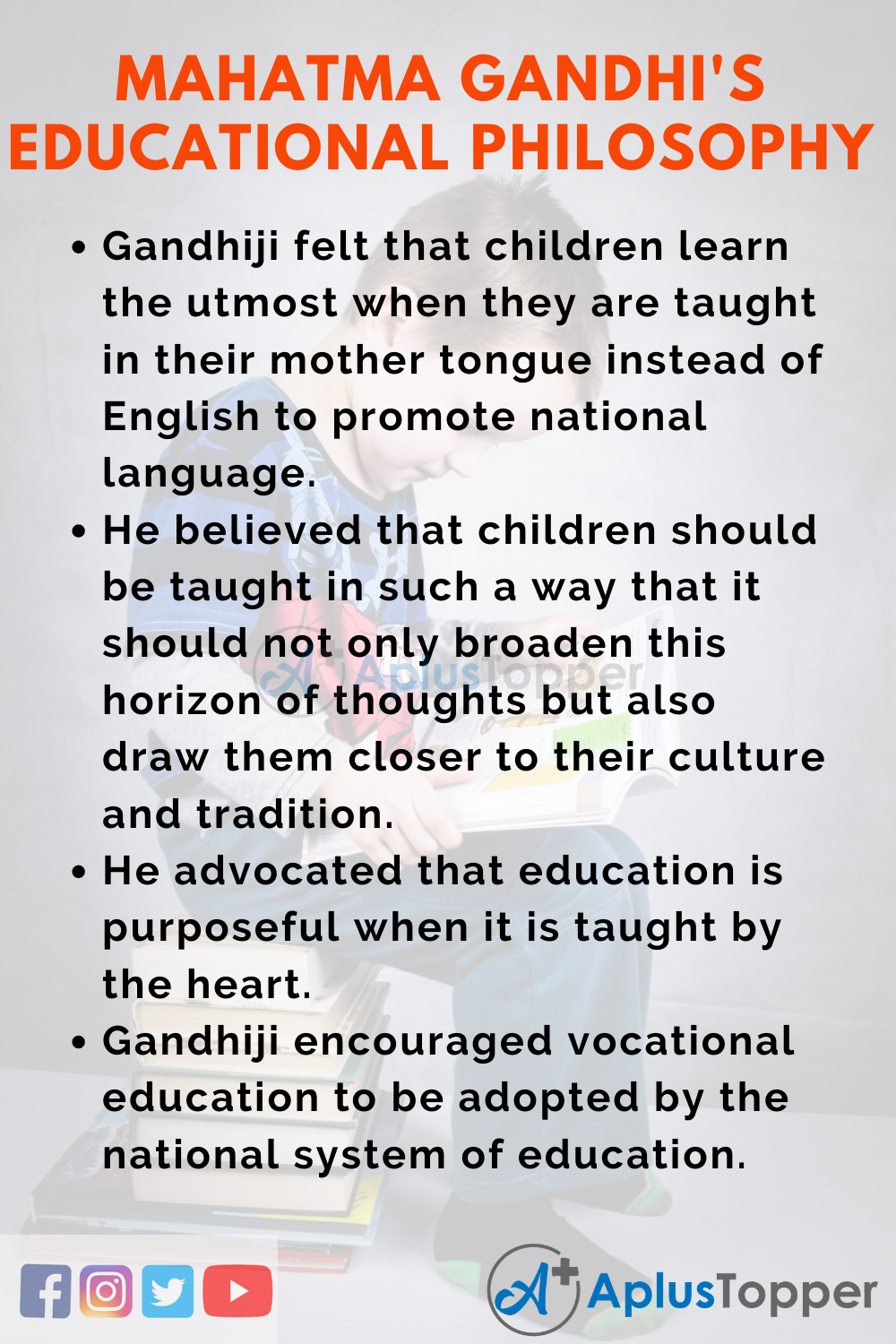 Question 1.
What is the essence of Mahatma Gandhi’s educational philosophy?

Answer:
Gandhiji believed that education is a wondrous path. It opens the door of prosperity, not only for an individual but also for the nation.

Question 2.
What was the most vital teaching of Mahatma Gandhi?

Answer:
Truth, perseverance, and hard work is the core teaching of Mahatma Gandhi.

Question 3.
What is the motive of Gandhiji’s preaching for education?

Answer:
Gandhiji preached for basic education for every fellow countryman to bring an end to discrimination, and disparities that arise due to the caste system and religious differences.

Question 4.
According to Gandhiji, how should children be taught?

Answer:
According to Gandhiji, education should not be restricted to bookish lessons.  It should cleanse the body, mind, and soul. Children should be taught in such a manner that it draws out their inner potentials.