10 Lines on Koshi River: A 720-kilometer long river that starts flowing from Tibet and drains in the Ganges of Katihar district is the Koshi River. The Koshi River covers a total area of 74500 square kilometers in China, Nepal, and India. Koshi River flows in both the lands of Nepal and India. The second-largest tributary of Ganga River is Koshi, and the first largest is the Yamuna. The Koshi River is also popularly named Saptakoshi because of its seven upper tributaries. Koshi is a volatile river because of its flood-prone nature during the monsoon season. Koshi River is an essential source for fishery activities, which highly contributes to peoples’ life and the country’s economy. 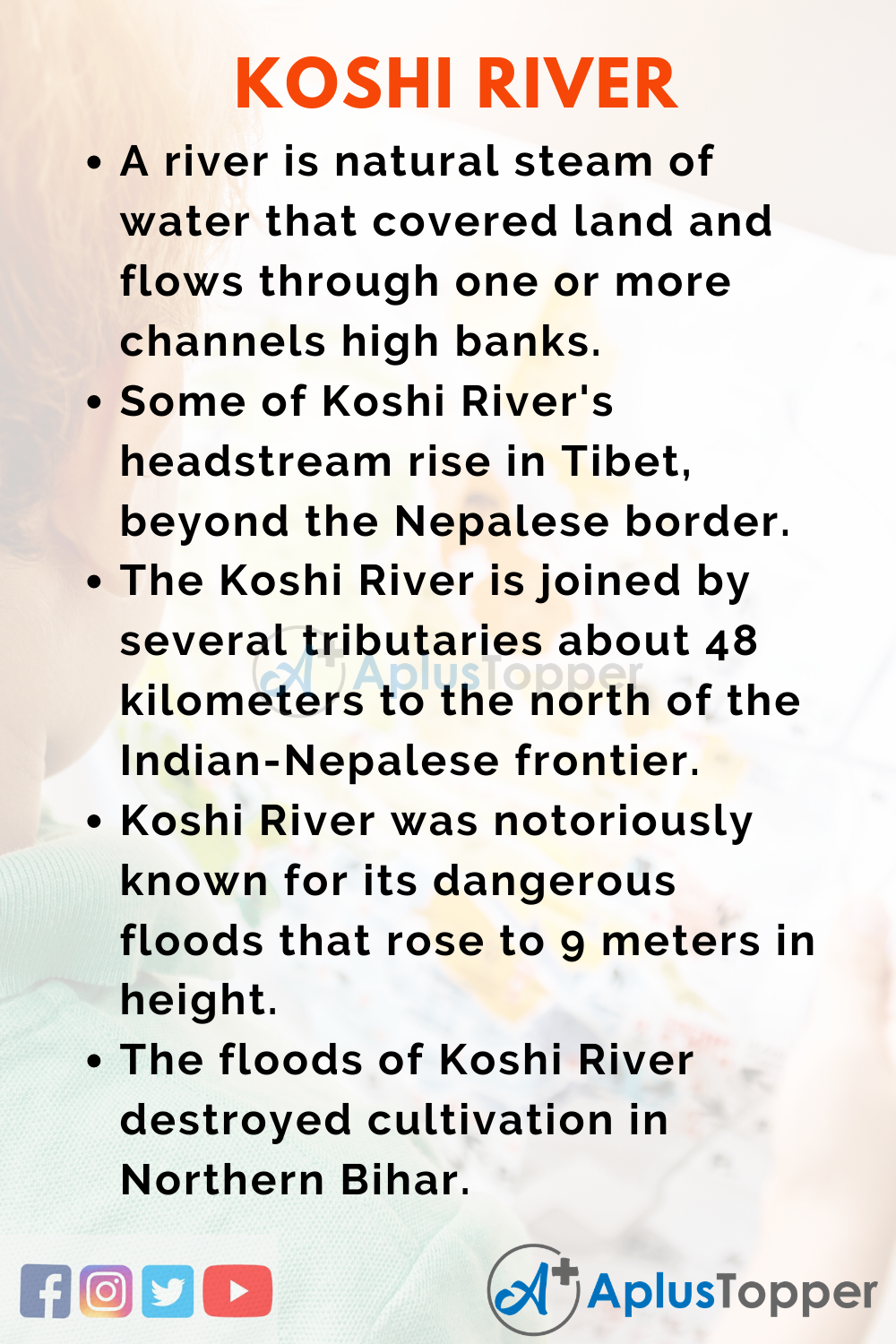 FAQ’s on 10 Lines on Koshi River

Question 1.
What is the Koshi River surrounded by?

Question 2.
Why the Koshi River does not have any permanent channel in the Northern Indian Plain?

Answer:
The course of Koshi River does not have any permanent channels in the Great Northern Indian Plain because of out flushing of debris.

Question 3.
What amount of electricity can be generated by the Koshi Project?

Answer:
The Koshi Project can generate 5.8 lakh kilo-watt of electricity and irrigate around 8.5 lakh hectares of land.

Question 4.
How does the Koshi River influence the lives of other people?

Answer:
Koshi River is one of the major irrigation sources for fields in the northern plains of India; therefore, it is significant for agriculture. Also, the fishery had prospered because of the Koshi River. Koshi River also contributes a generous amount for electricity generation by hydropower.