10 Lines on International Day of the World’s Indigenous People: International Day celebration for the World’s Indigenous People is commemorated on the 9th of August every year. It is a day that makes people worldwide aware of the rights of the world’s indigenous population. The celebration of this day is to recognize the various contributions and achievements that the native people have made for the sake of the world.

This day was first pronounced in early December 1994 by the general assembly of the United Nations; since then, we have recognized this day as one of the critical days around the world.

This day honors the forgone past, present, and the coming future of the native people throughout the US. The holiday recognizes the legacy of the native communities and celebrates the culture and resilience of the contemporary natives. 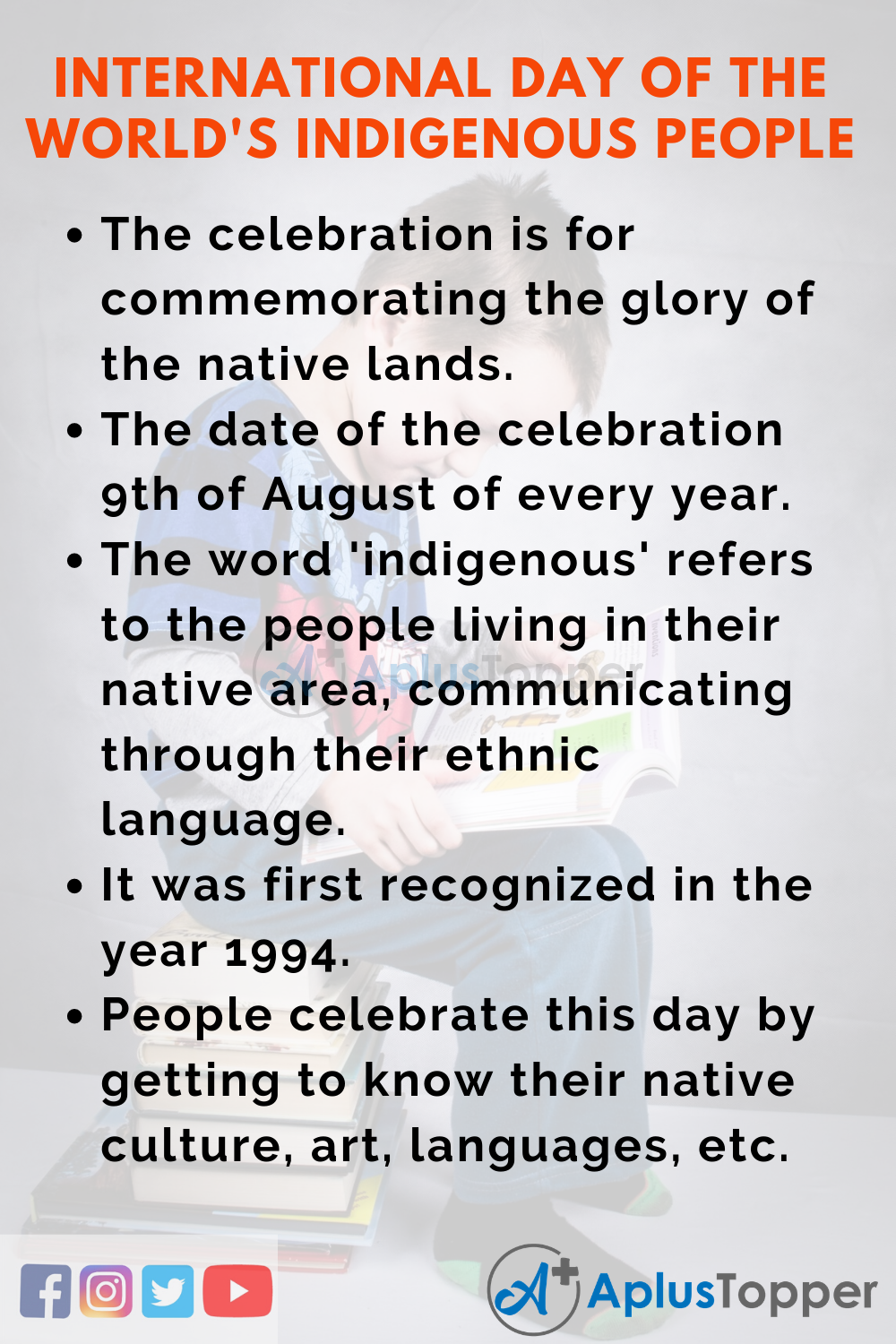 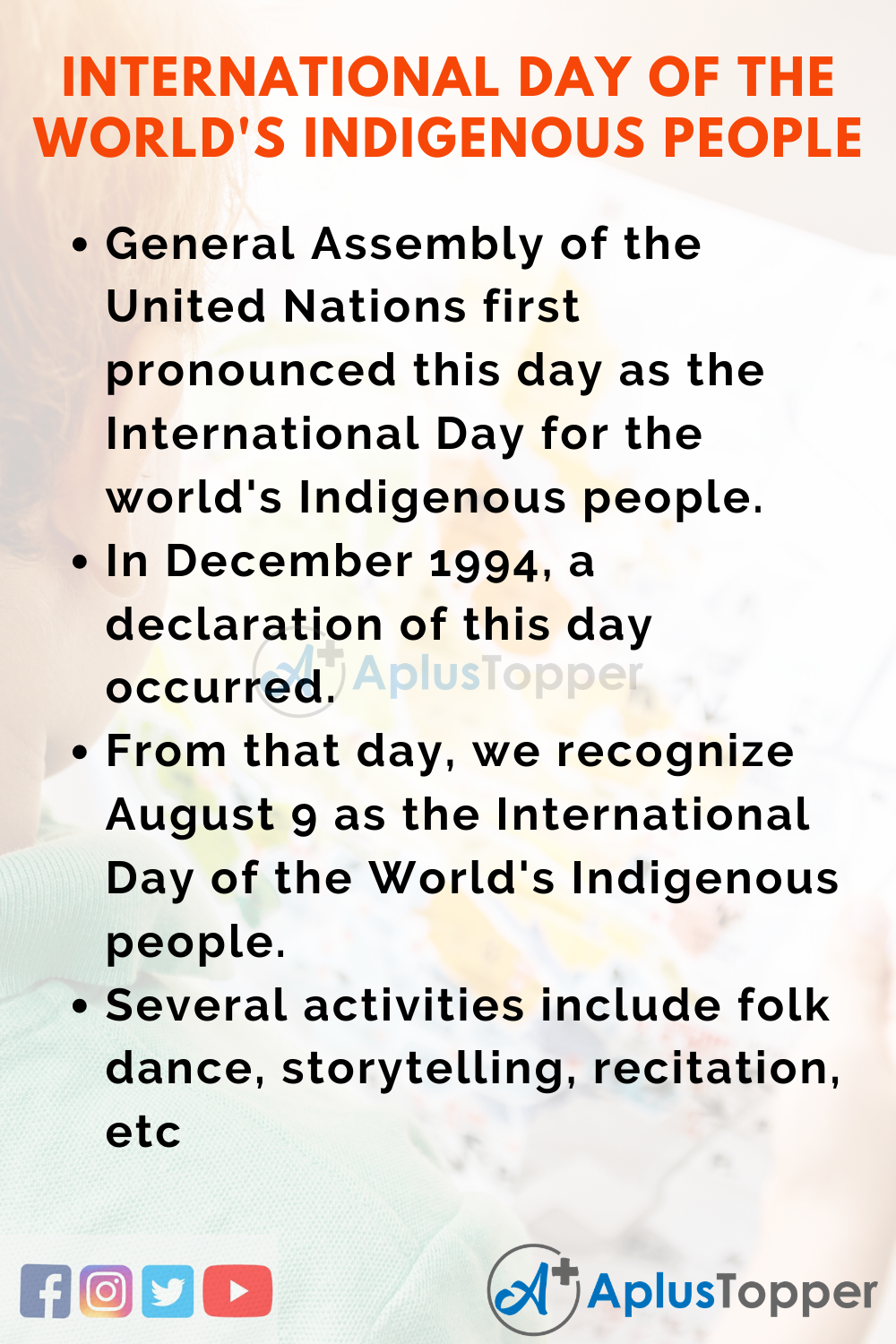 Question 1.
What do you mean by indigenous people?

Answer:
Indigenous people may also be known as native people, or aboriginal people are ethnic groups who are original inhabitants of an area, in contrast to the people who have settled in that area more recently.

Question 3.
State the declaration on the rights of indigenous people.

Answer:
The declaration addressing the indigenous people’s rights is a comprehensive statement, adopted in 2006. It emphasizes the rights of the native people to strengthen their culture and traditions keeping in mind their development.

Question 4.
What is meant by the rights of the Indigenous people?

Answer:
Indigenous people right refer to the rights on their lands and territories that have been arbitrarily ignored over the years, resulting in a devastating historical deposition.