10 Lines on International Day against Drug Abuse and Illicit Trafficking: According to the latest World Drug Report, drug’s consumption has gone up to 30% in the last decade. A total of 269 million people used drugs globally, out of which 35 million suffered from drug disorders.

To strengthen action and cooperation among nations at a regional and international level, The United Nations General Assembly passed the resolution 42/112 on 7th December 1987, to celebrate International day against drug abuse and illicit trafficking on 26th June with an aim to achieve a drug-free society.

On this day, the United Nations Office on Drugs and Crime (UNDOC) raises awareness with the help of individuals, non-profit organisations by running social media campaigns and ads against drug abuse.

The first set is written keeping in mind the students of primary level i.e. Grade 1-5. 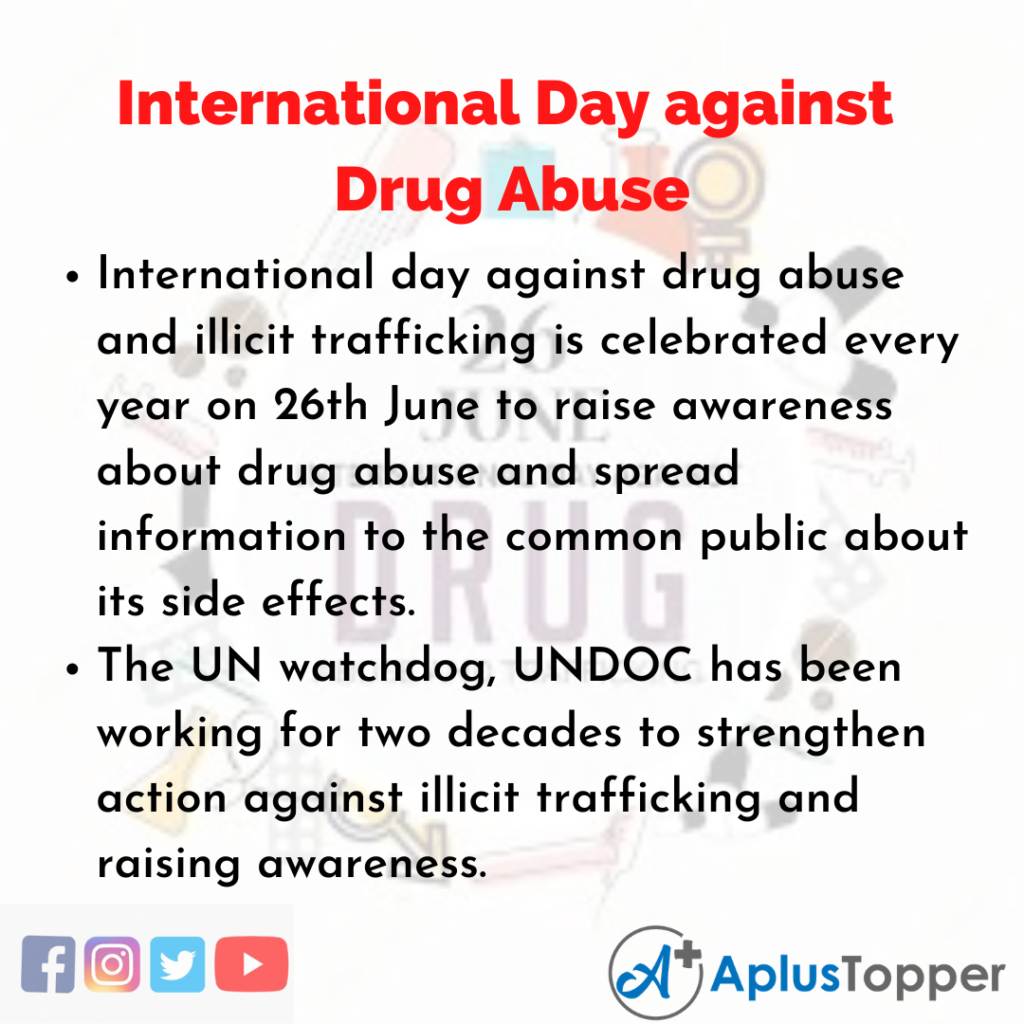 Set -2 includes information about medical implications and the type of illicit drugs. It is written keeping in mind the students of class 6-8.

Set 3 contains information about the world drug report and historical significance of the day. This information can be used for reference in higher studies. 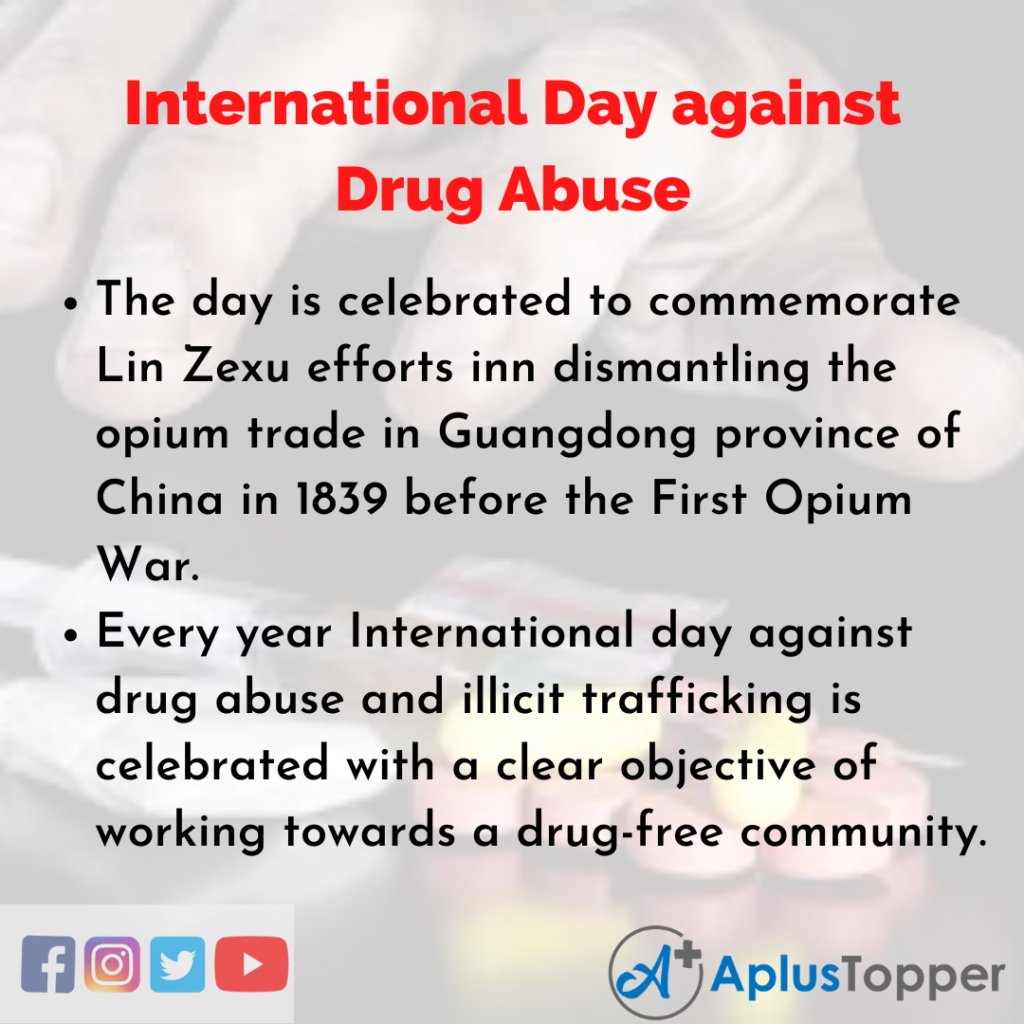 Question 1.
What is the historical significance of 26th June?

Answer:
On 25th June 1839, Lin Xezu demolished the opium trade and to commemorate this event every year 26th June is celebrated as an international day against drug abuse and illicit trafficking.

Answer:
UNDOC ( United Nations Office on Drugs and Crimes) since its opening in 1997 in Vienna has worked to spread awareness against drug abuse and to strengthen the action against illicit trade, selling and movement of drugs.

Answer:
World Drug report prepared every year is a volume of six booklets that contain information and analysis on various drug-related issues.

Question 4.
When is the International Day against Drug Abuse and Illicit Trafficking celebrated?

Answer:
International Day against Drug Abuse and Illicit Trafficking is celebrated on 26th June every year to raise awareness against the side effects of drug abuse.