10 Lines on Indian Cricket Team: India might be a diverse country with different languages, cultures and ethnicities but one thing that holds the whole country together is the game of Cricket. Cricket is the glue that holds the people of the country together and cricket has always been associated with nationalistic and patriotic emotions in the country. We can say without an iota of doubt that cricket is the biggest religion of India. 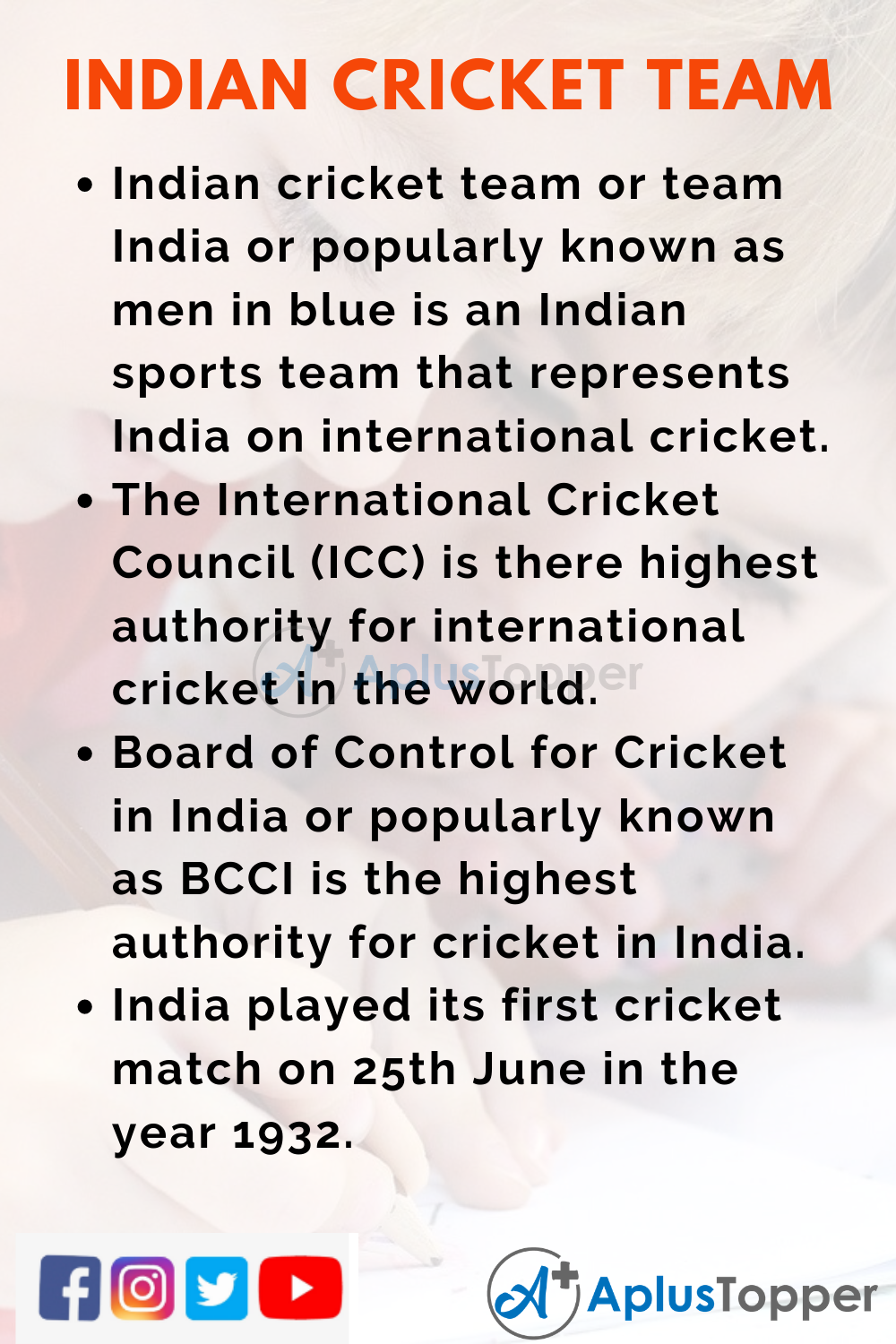 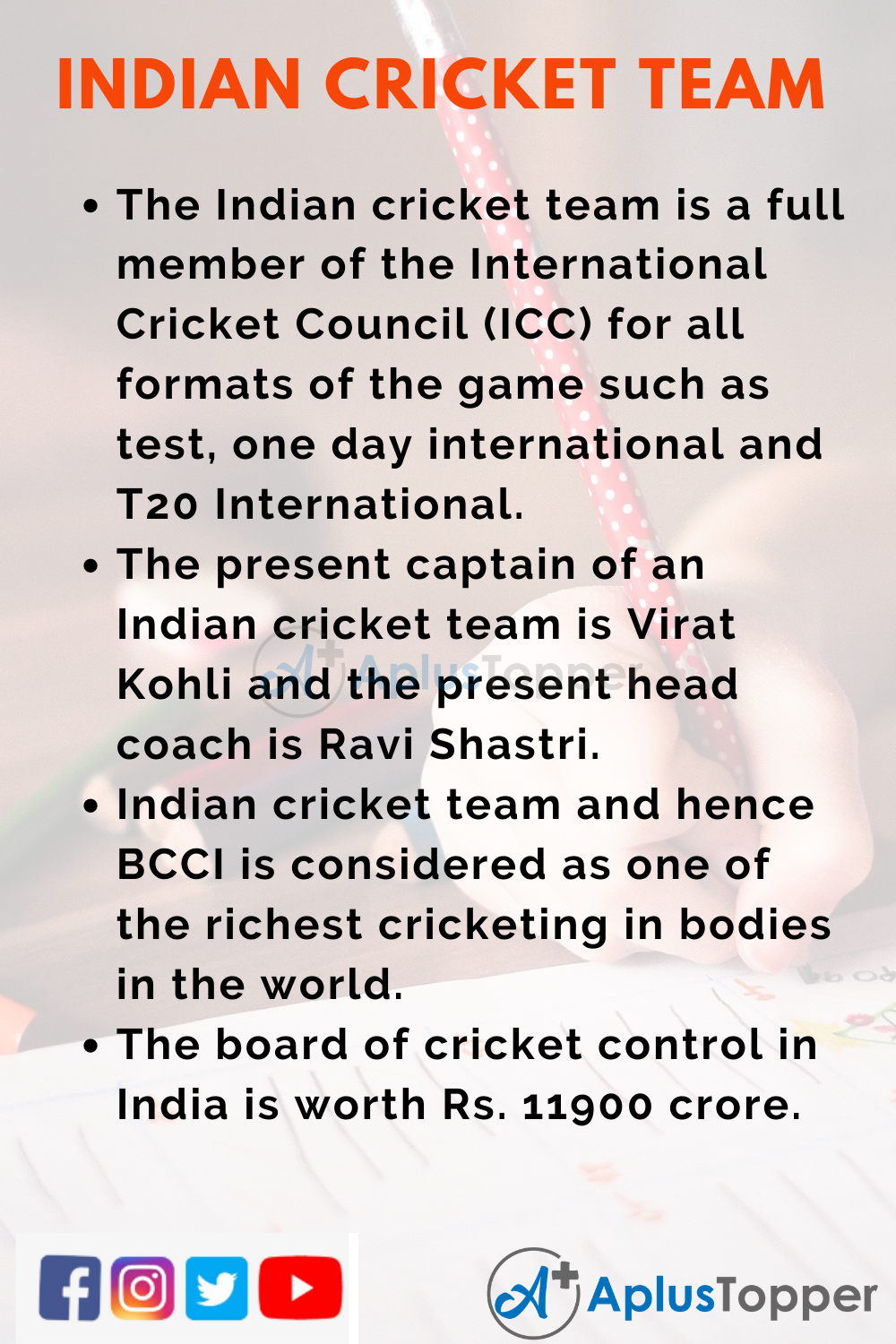 Question 1.
Who is the present captain of the Indian cricket team?

Question 2.
Which is the richest cricketing body in the world?

Answer:
Board of Control for Cricket in India is the richest cricketing body in the world

Question 3.
Why is cricket such a popular sport in India?

Answer:
Cricket became popular in India when the British introduced them to Indians and the popularity of cricket rose after the introduction of the T20 format of the game

Question 4.
When did India win the cricket world cup?