The day fosters awareness among Indians about the accountability of a government. Good Governance is a method of measuring how good a government can handle public affairs through decisions taken by them.

On this day, the present government aims at taking various initiatives for the well being of society at large. The government ensures that various effective policies are implemented. 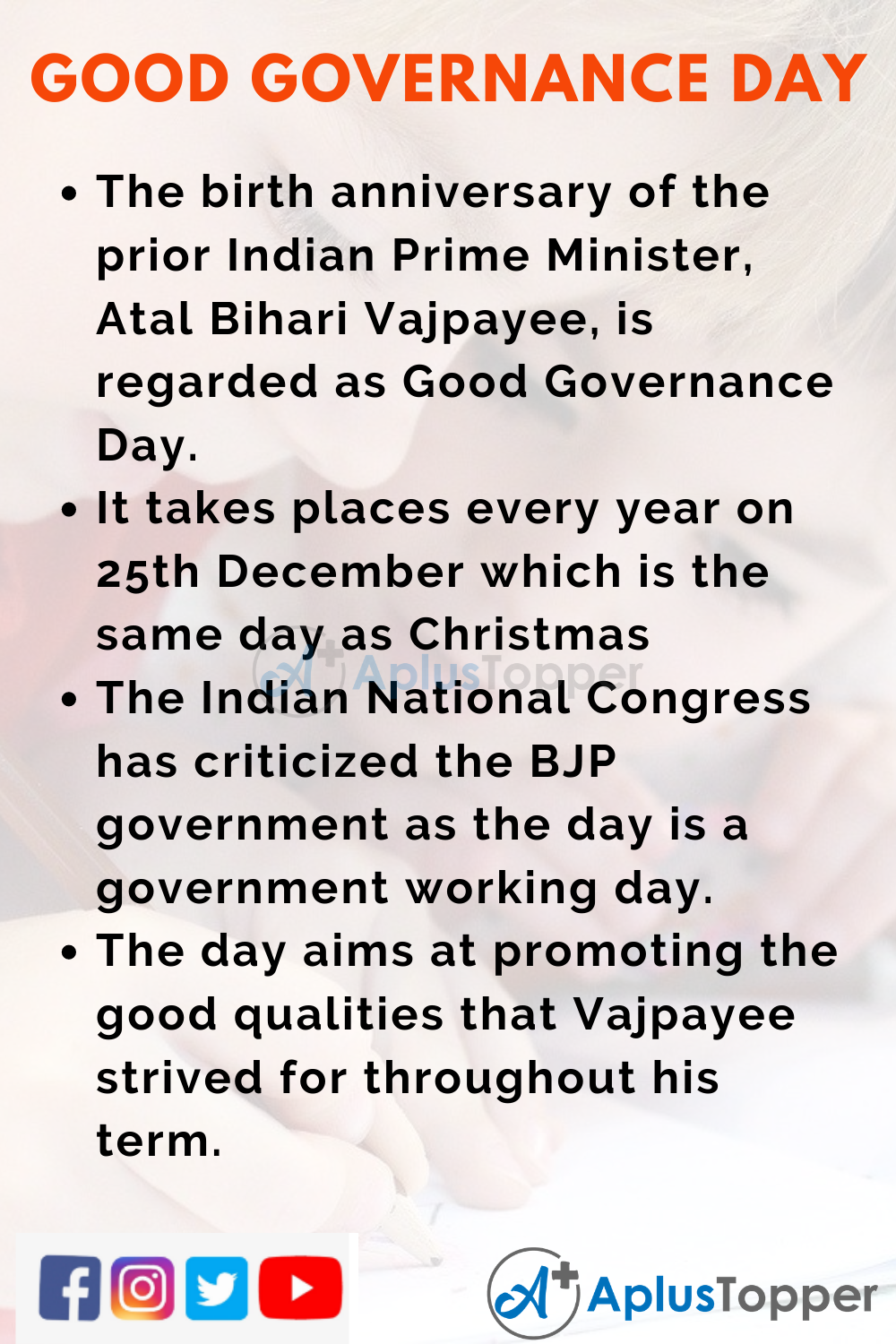 Question 1.
What is good Governance?

Answer:
Good Governance is when the institution or the concerned body uses the available resources to correctly fulfill the needs of society.

Question 2.
What are the tools of Good Governance?

Question 3.
Who is Atal Bihari Vajpayee?

Answer:
Atal Bihari Vajpayee is one of India’s former prime ministers who served office between 1996 and 2004. He represented the Bharatiya Janta Party.

Question 4.
Why is good Governance important?

Answer:
Good Governance is essential in any country as a society or a state wouldn’t function without it. The State needs to run on a structure that implements various principles that would help improve society and State.