10 Lines on Farmer Suicide in India: A farmer also gets popularly known as Gram Devta for the whole world. He helps in taking care of the hunger of the entire population by producing high-quality food. However, in return, he always receives inability, starvation, burdens, and no respect. He is not able to support this own family on a financial basis. Even, many times banks and lenders auction the land forcefully by keeping farmers in worse conditions of loans. After that, they are not capable of paying their loan, and then they choose suicide as the last option. The following given ten sets of lines will help you to know about the farmer’s suicide in India.

Set 1 – 10 Lines on Farmer Suicide in India for Kids 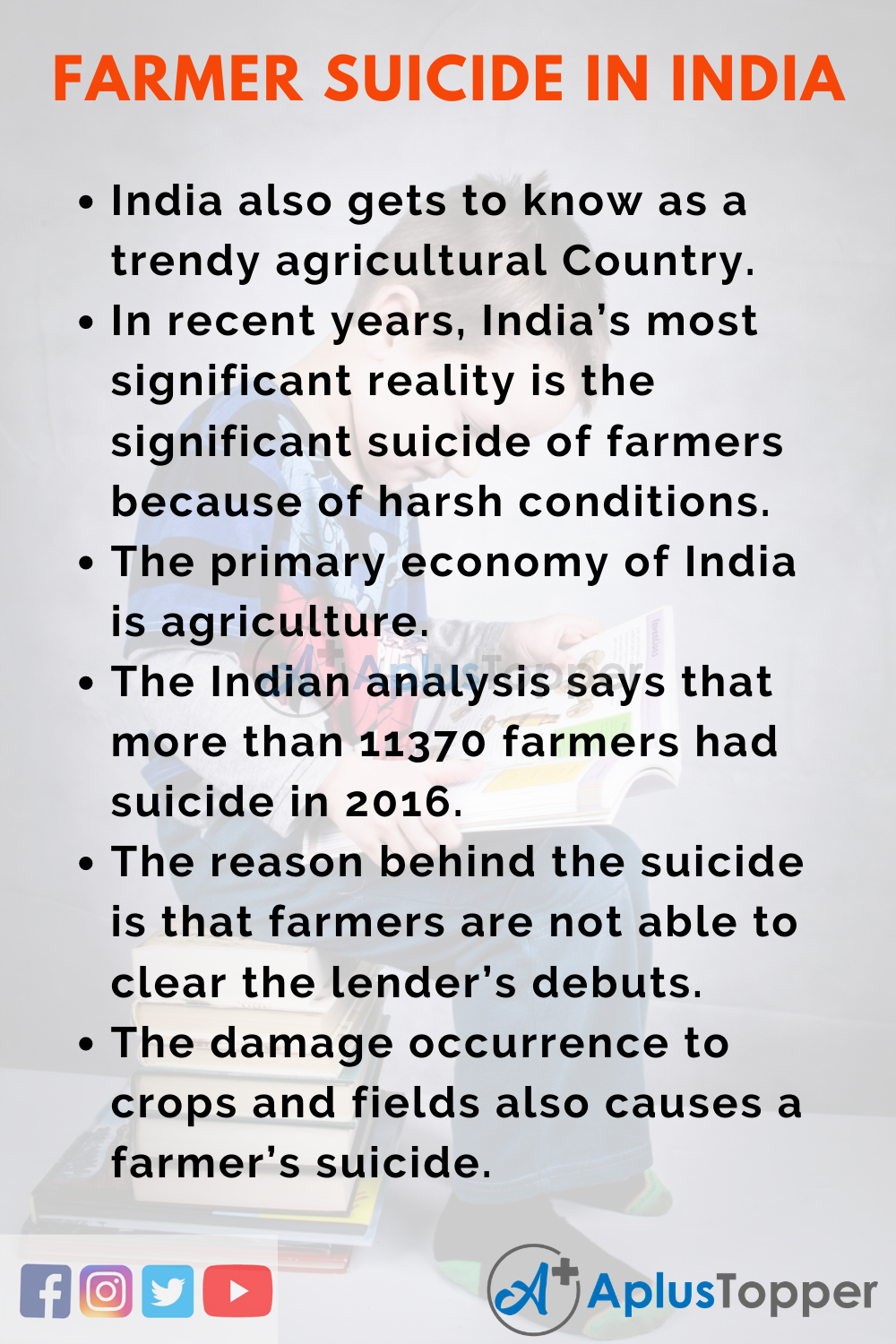 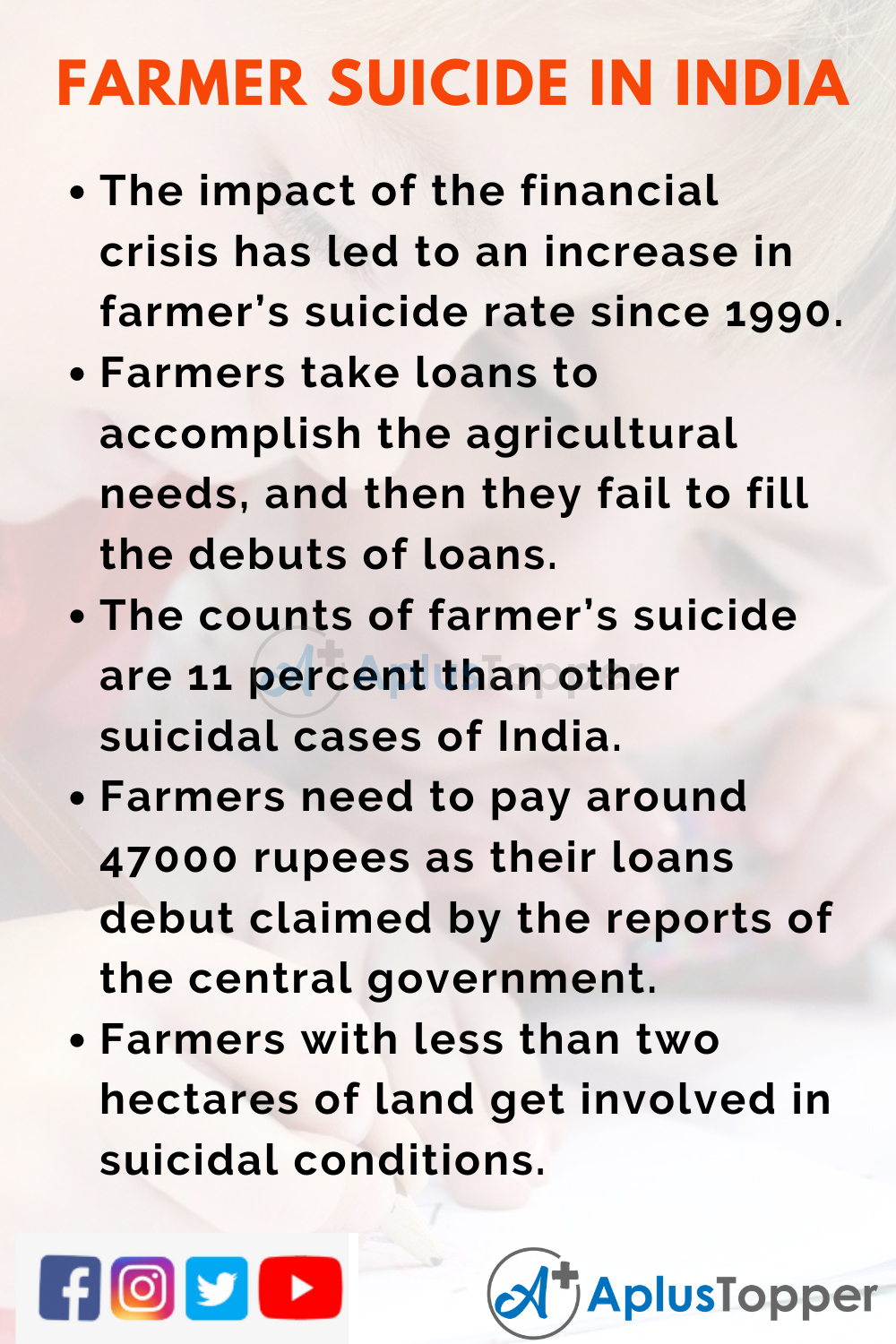 FAQ’s on 10 Lines on Farmer Suicide in India

Question 1.
What is the reason behind the suicide of farmers?

Answer:
Farmers mostly gets involved in pending loans, and crop destruction situation which force them to suicide.

Answer:
People can help farmers in various conditions by educating them on proper cultivation and harvesting plans.

Question 3.
How floods and droughts are responsible for farmer’s suicide?

Answer:
All the crops get damaged by the worst conditions of flooding and drought areas.

Question 4.
How many farmers suicide every day?

Answer:
Around 45 number of farmers suicide every day, and the rate of suicide has become 11370 since 2016.