10 Lines on Dhyan Chand Award: The Dhyan Chand Award, formally recognized as Dhyan Chand Award for Lifetime Achievement in Sports and Games, is the lifetime achievement sporting honour of the Republic of India. The award defined after Dhyan Chand (1905–79), an Indian field hockey player who got more than 1000 goals throughout a career that spanned over 20 years from 1926 to 1948.

It is awarded yearly by the Ministry of Youth Affairs and Sports. A committee selects receivers constituted by the Ministry and honoured for their contributions to sport both throughout their extraordinary sporting career and after retirement. As of 2019, the award includes a statuette, a certificate, ceremonial dress, and a cash prize of ₹5 lakh. The cash prize changed from ₹3 lakh to ₹5 lakh in 2009. 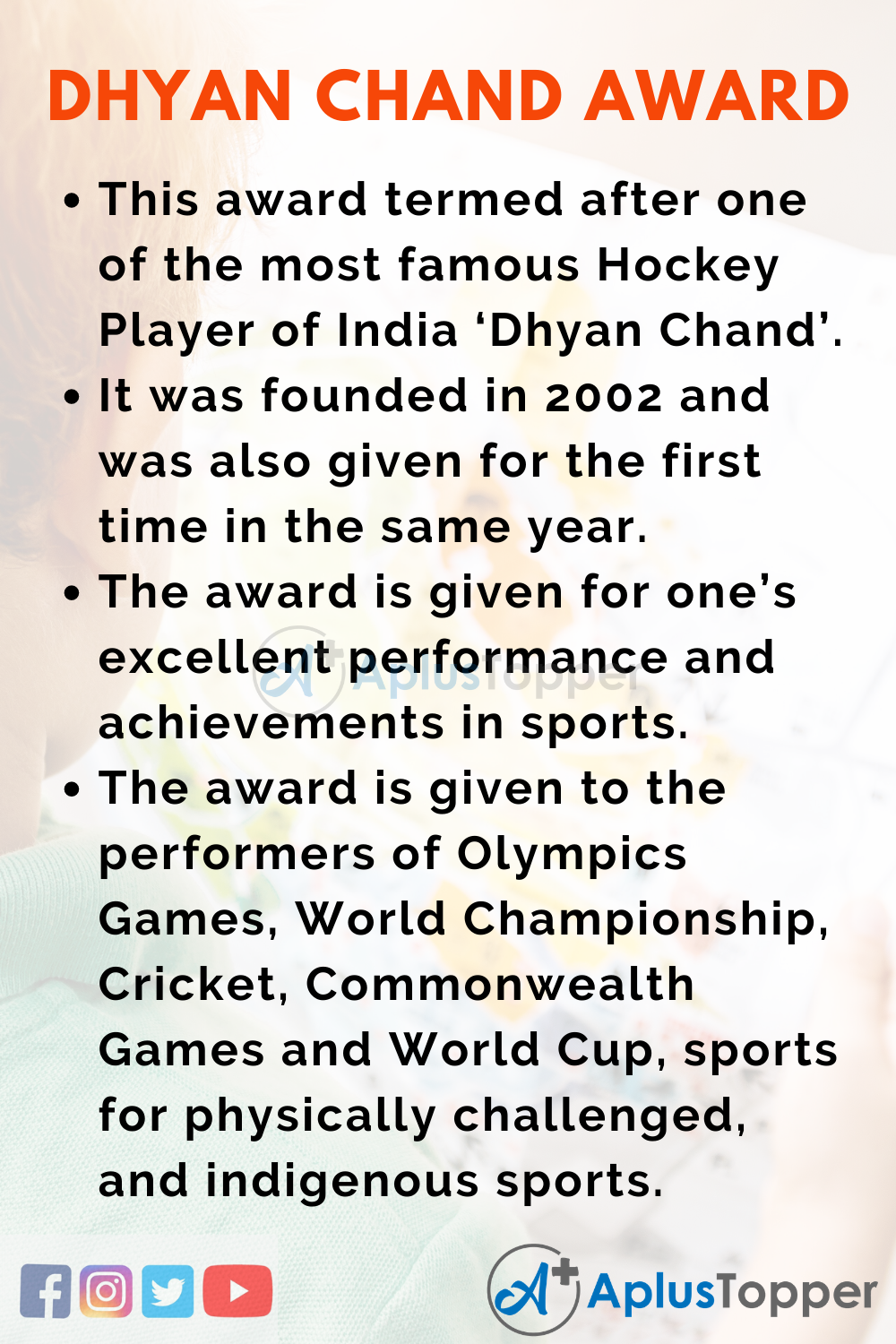 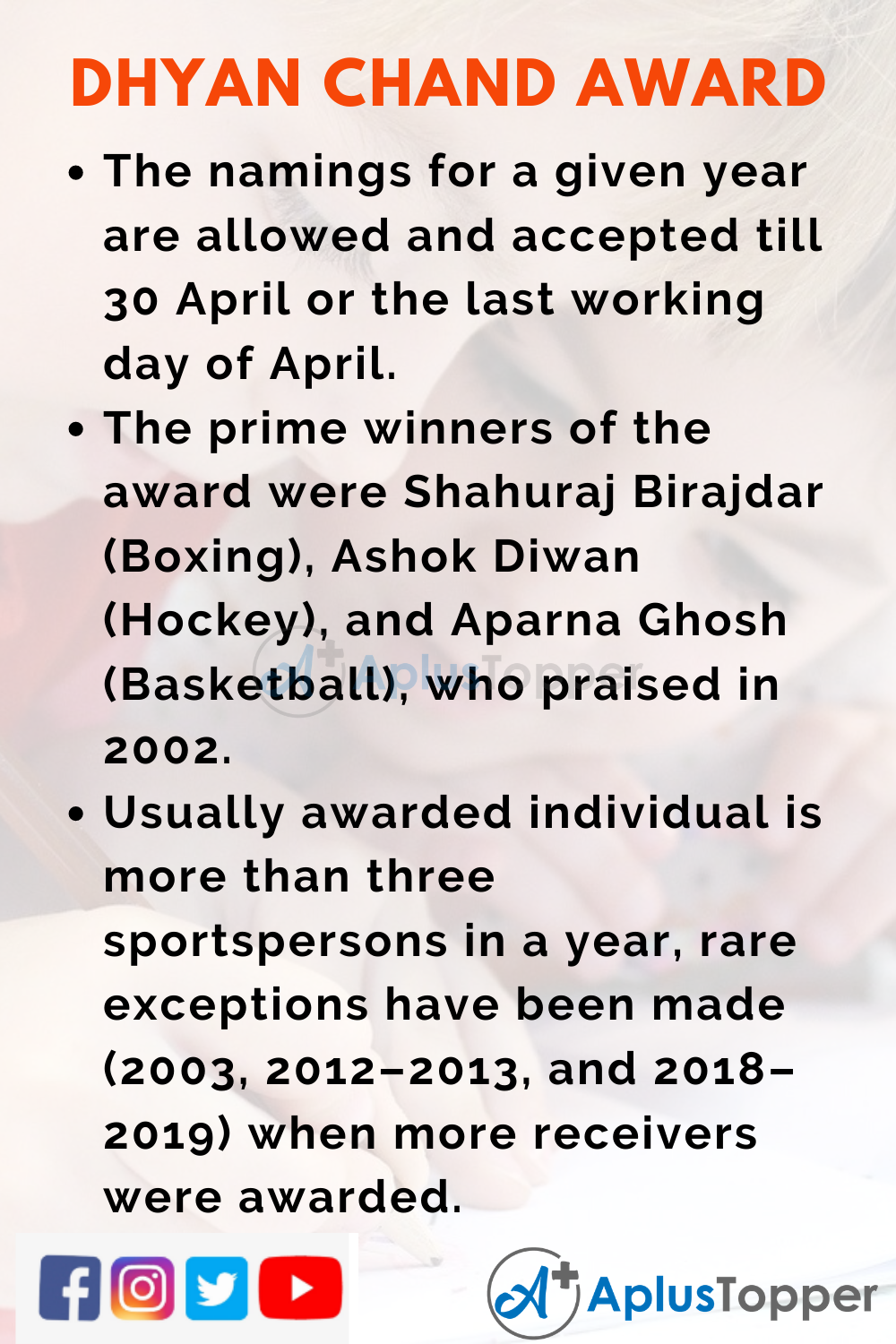 Question 1.
What is the official name of the Dhyan Chand Award?

Question 2.
Dhyan Chand Award is termed behind which personality?

Answer:
Dhyan Chand is generally acknowledged to be the most skilled hockey player of all time. His goal-scoring capacity was phenomenal, and the opponent defenders were often made to seem like sitting ducks in front of this expert from India.

Question 3.
What is some important information about Dhyan Chand?

Answer:
Chand performed a pivotal role in India, winning three consecutive Olympic gold medals in 1928, 1932, and 1936. His birthday, 29 August, is praised as the National Sports Day in India. The President gives away awards such as Rajiv Gandhi Khel Ratna, Arjuna and Dronacharya awards on this day.

Question 4.
Mention the first winners of the Dhyan Chand award?

Answer:
The first winners of the award were Shahuraj Birajdar (Boxing), Ashok Diwan (Hockey), and Aparna Ghosh (Basketball), who praised in 2002.