10 Lines on Deer: Found in different forest areas of Asia, Europe and North America, deer is one of the most popular jungle animals in the world. Given the fact that deer is the most important animal to maintain a healthy food chain in the ecosystem, it becomes our responsibility to save the population of deer from becoming extinct and there are plenty of international laws to prevent the hunting and killing of deer for various purposes. Deer is a Food for many wild animals in jungle such as lion, tiger, or fox

In this 10 lines on deer in English, we shall be talking about how the animal has evolved, how important is deer to our ecosystem, where are deers found in the world in large populations and what will happen to deers if the climate change and global warming continues at the same scale. 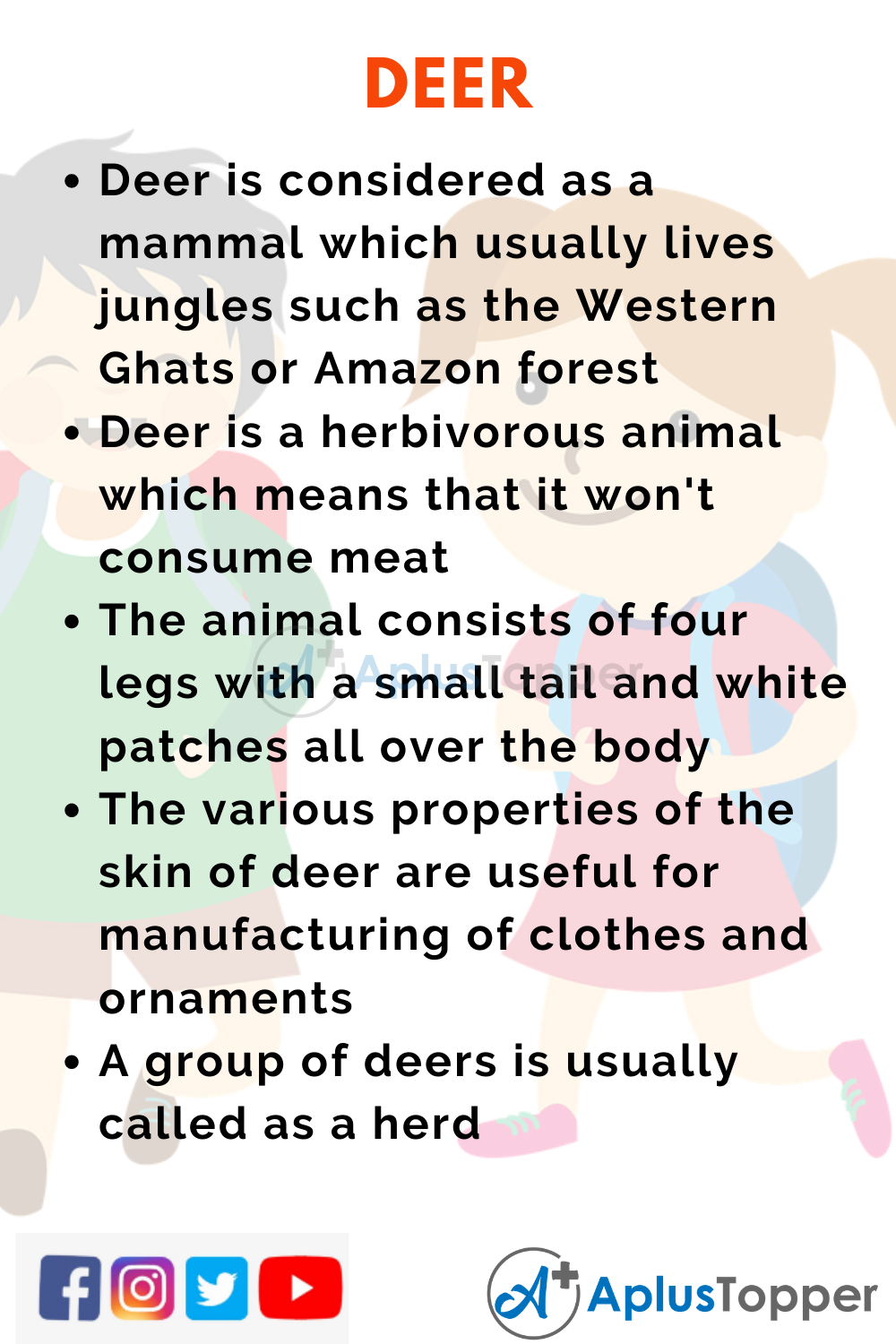 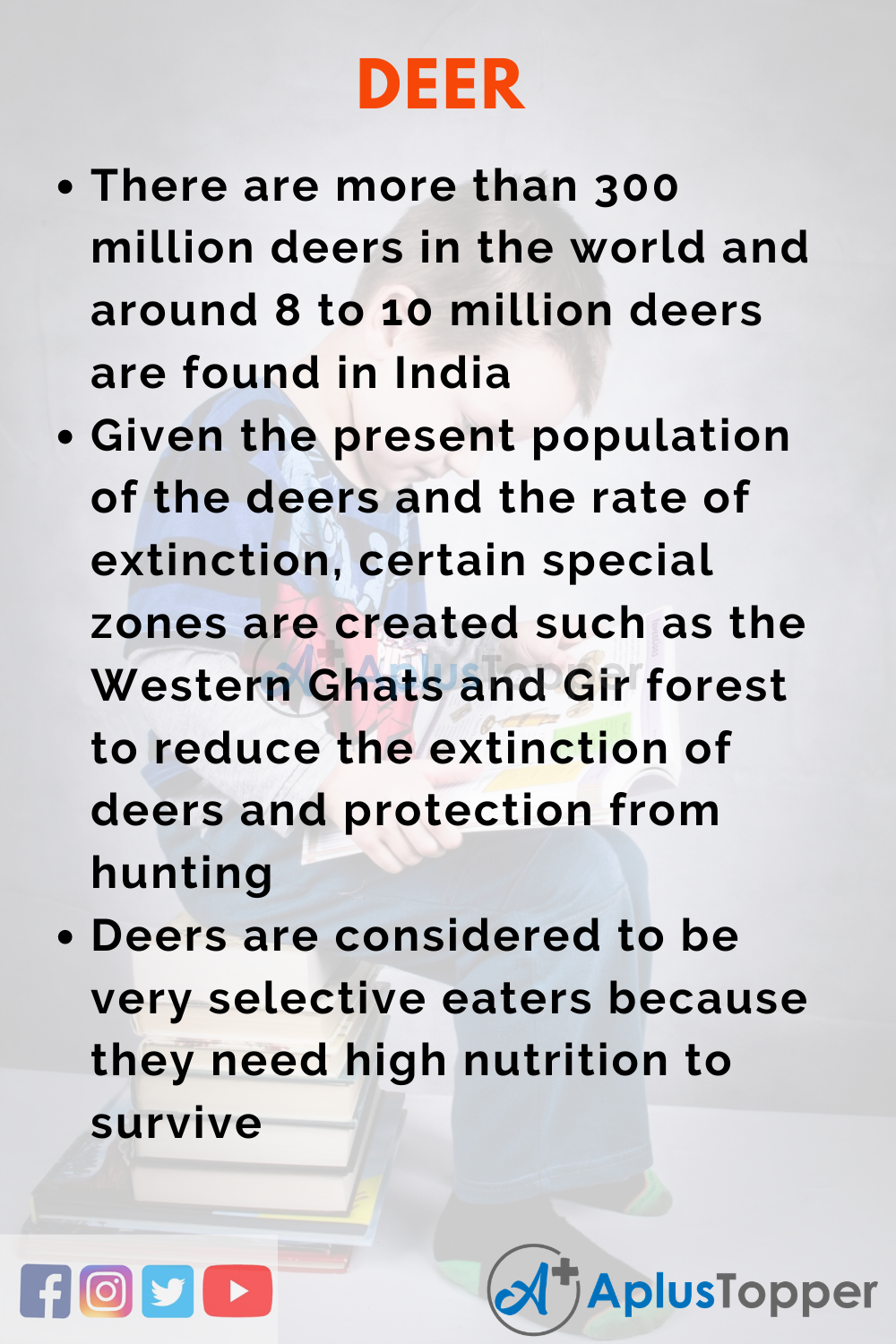 Question 1.
How many deers are there in the world?

Answer:
There are approximately 33 million deers spread across the planet

Question 2.
What is a group of deers called?

Answer:
A group of deers is called as a herd

Question 3.
Why is the population of Deer getting reduced around the world?

Question 4.
Why is deer important for the ecosystem?

Answer:
Deers are important for the protection of the ecosystem because of its importance in maintaining a healthy food chain in the world