10 Lines on Child Rights Day: Child rights day is celebrated on the 20th of November every year since 1989 by the United Nations. In an era where every country is running behind the economic development of society, it becomes important to concentrate on the rights of children who are exploited by evil sections of the society for civil, economic, social and cultural issues. 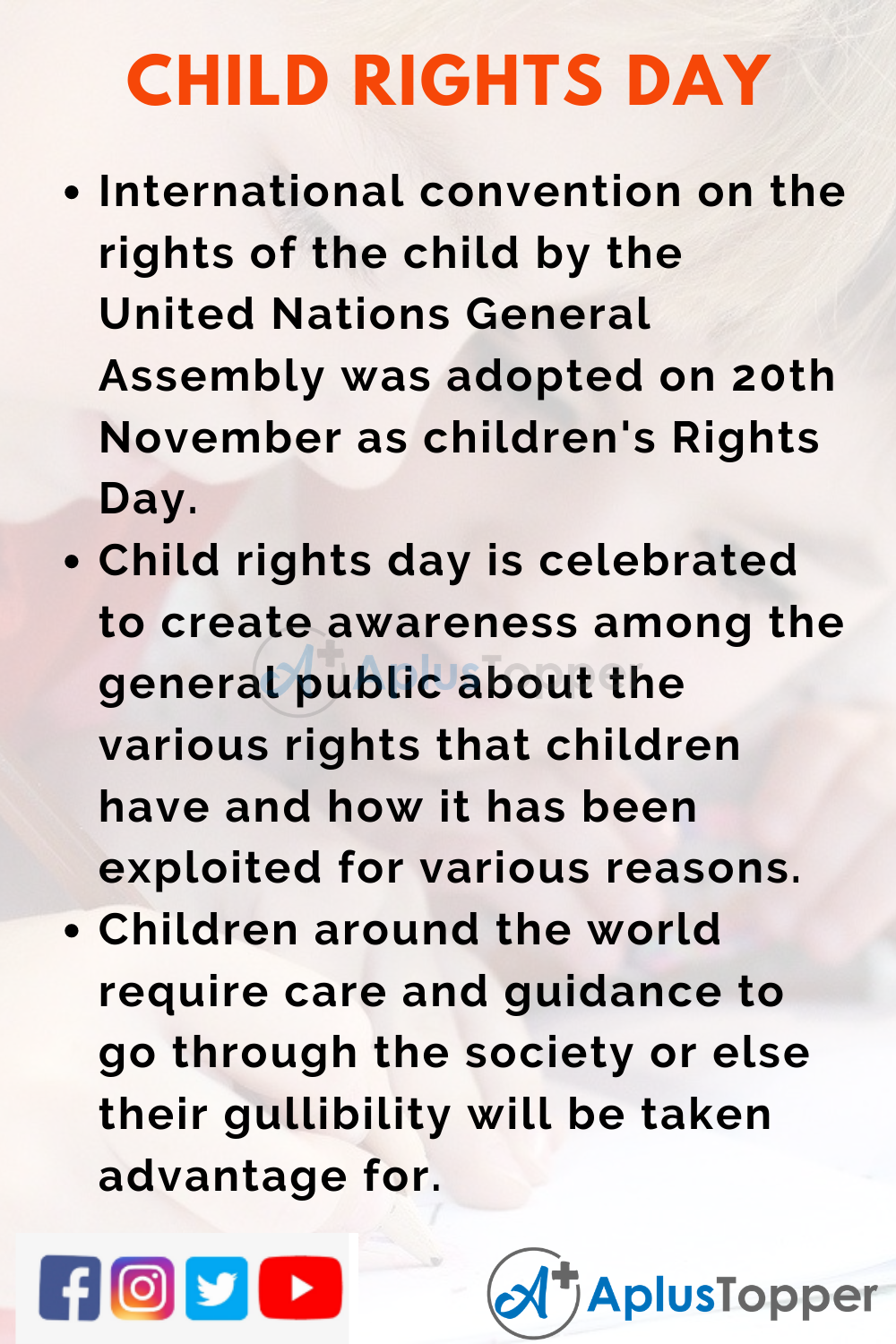 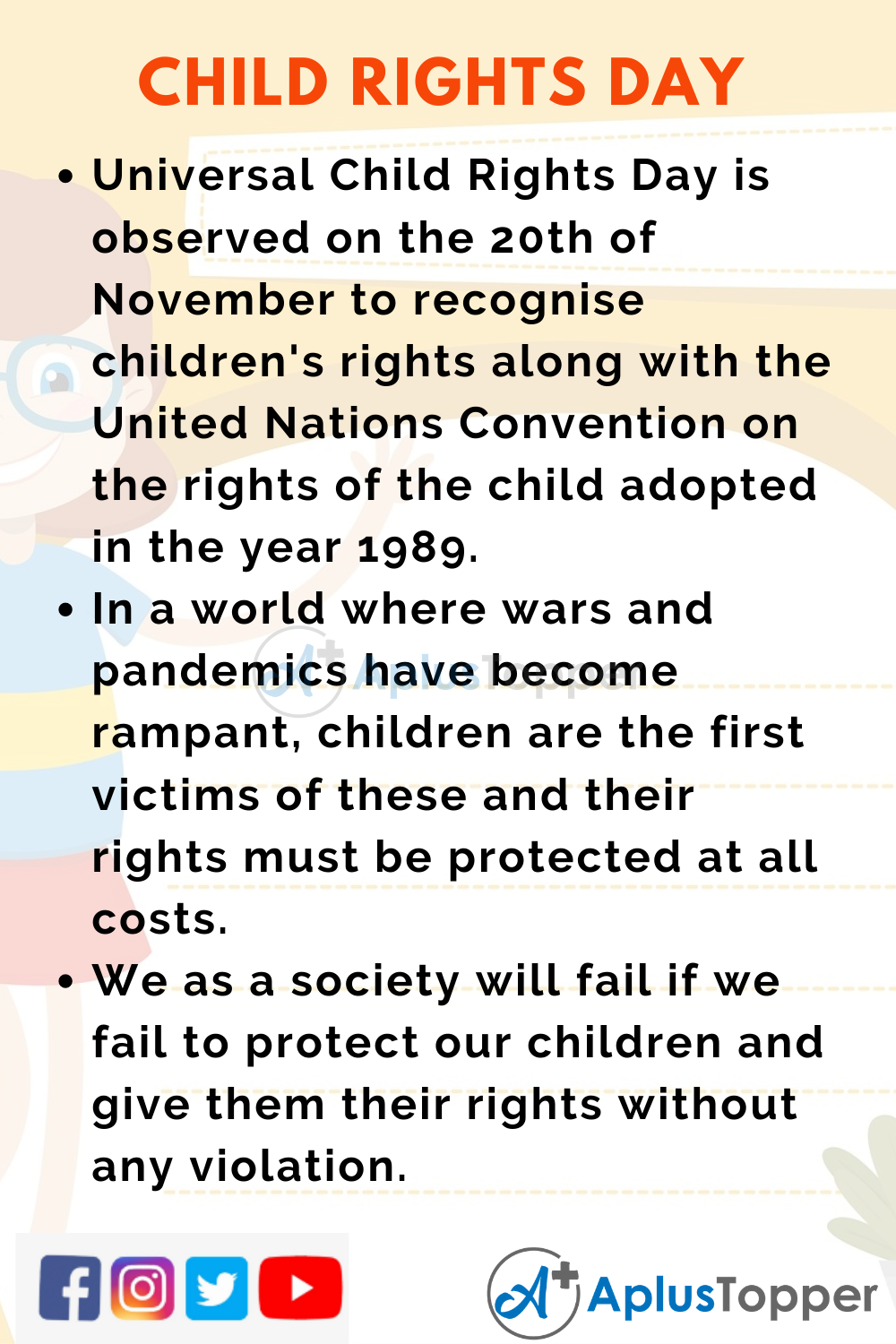 Answer:
Child rights day is celebrated on 20th November every year by the United Nations

Question 2.
What is the importance of child rights day?

Answer:
Child Rights Day is celebrated across the world to spread awareness about the rights of children and to highlight the problems that children face in our society

Question 3.
Which is the most important right for a child?

Answer:
The right to life and the right to education is one of the most important rights for a child to have a bright future.

Question 4.
How is Child Rights Day celebrated in India?

Answer:
Children’s Rights Day is celebrated in schools, colleges, universities, governmental and non-governmental institution by holding debates, speeches and conferences about Children’s rights and policy frameworks in the country