10 Lines on Child Labour: We as a society would have failed if we cannot eliminate child labour from the face of the planet. Every country on the planet irrespective of the size of its economy is fighting this dreaded disease of child labour and it is dangerous to even think that the future of our nation is under threat because of child labour. 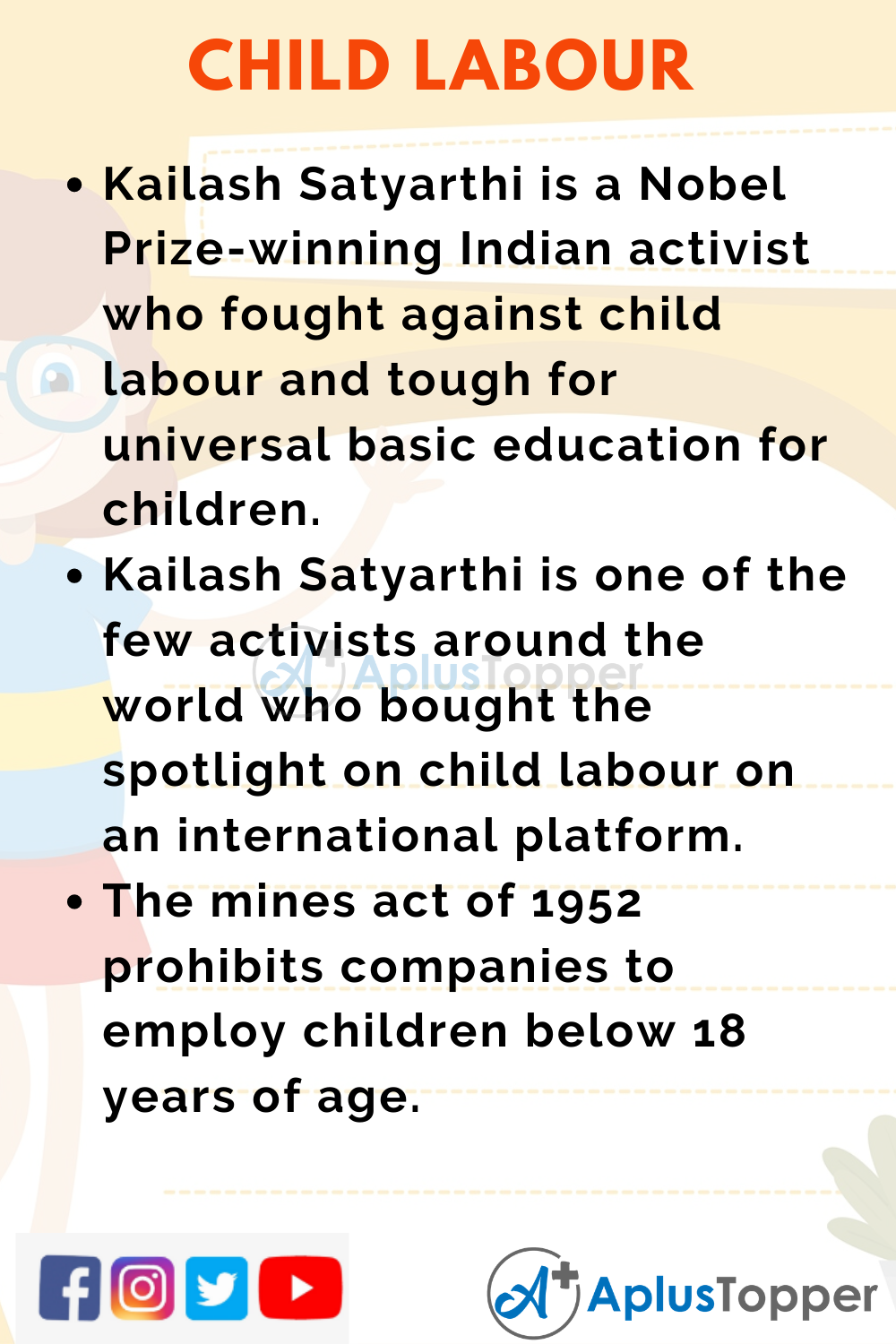 FAQ’s on 10 Lines on Child Labour

Question 1.
How to prevent child labour?

Answer:
Poverty eradication programmes and programs on the importance of education for children should be conducted across backward and remote areas of the country

Question 2.
Why did Kailash satyarthi win the Nobel prize?

Answer:
In the year 2014, Kailash satyarthi won the Nobel Peace Prize for his activism against child labour and his advocacy for universal education in India.

Question 3.
What is Bachpan Bachao Andolan?

Answer:
Bachpan Bachao Andolan is an Indian origin movement for child rights which was started by Nobel Laureate Mr Kailash satyarthi in 1980.

Question 4.
What are the various reasons for child labour across the world?

Answer:
Poverty, debts and corruption in local governments are some of the reasons for child labour in India and around the world