10 Lines On Chameleon: A very talented reptile type of animal species is the Chameleon. The scientific name of Chameleon is Chamaeleonidae sp. This lizard species has inhabited warmer places all around the world. Chameleons are characterized by a small or big body with four feet and five toes on each. The Chameleon head consists of two big eyes, which is rotatable. The tail of Chameleons can also be curled, and the skin of chameleons is dry and scaled. Most Chameleon species can change their skin color for camouflage. 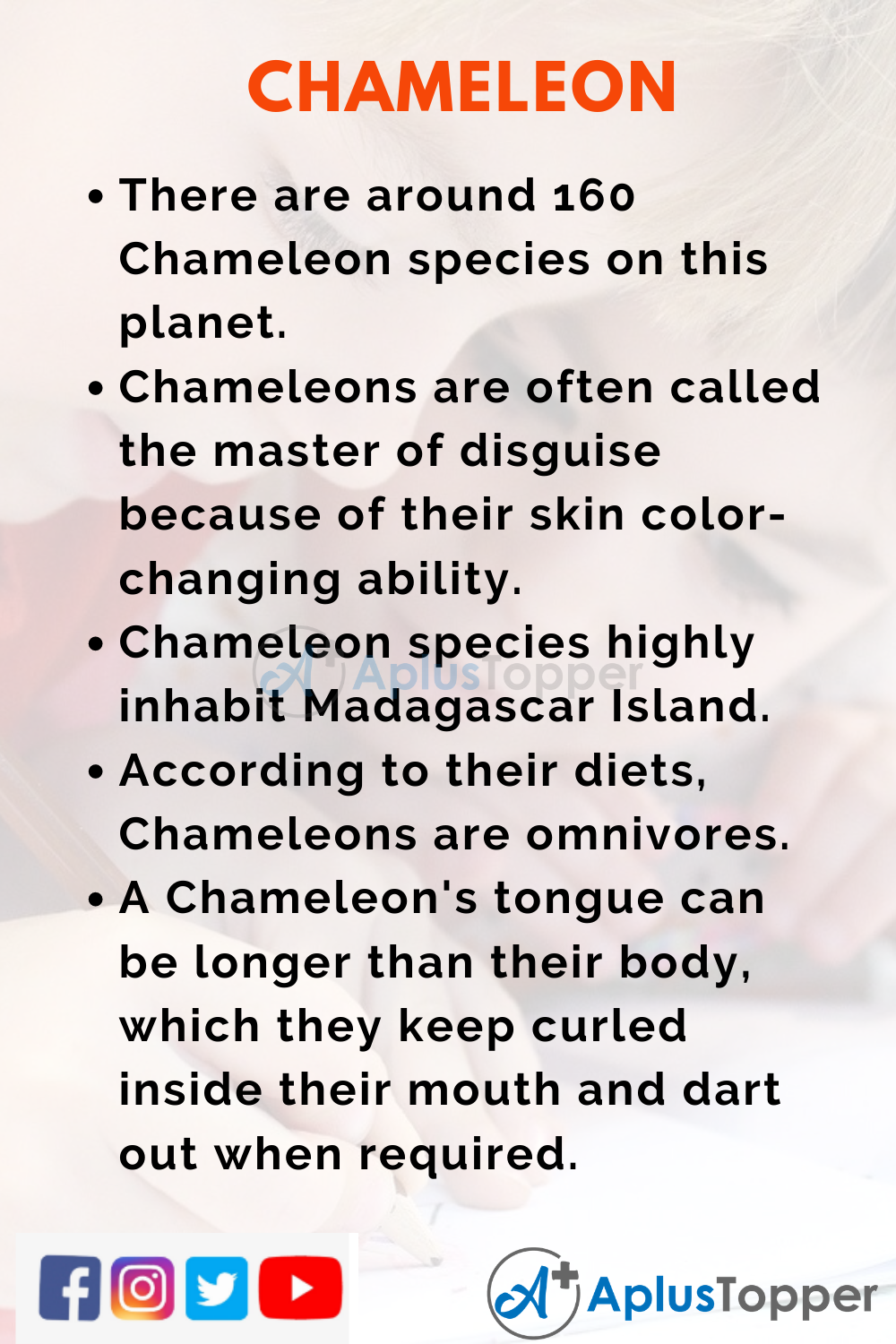 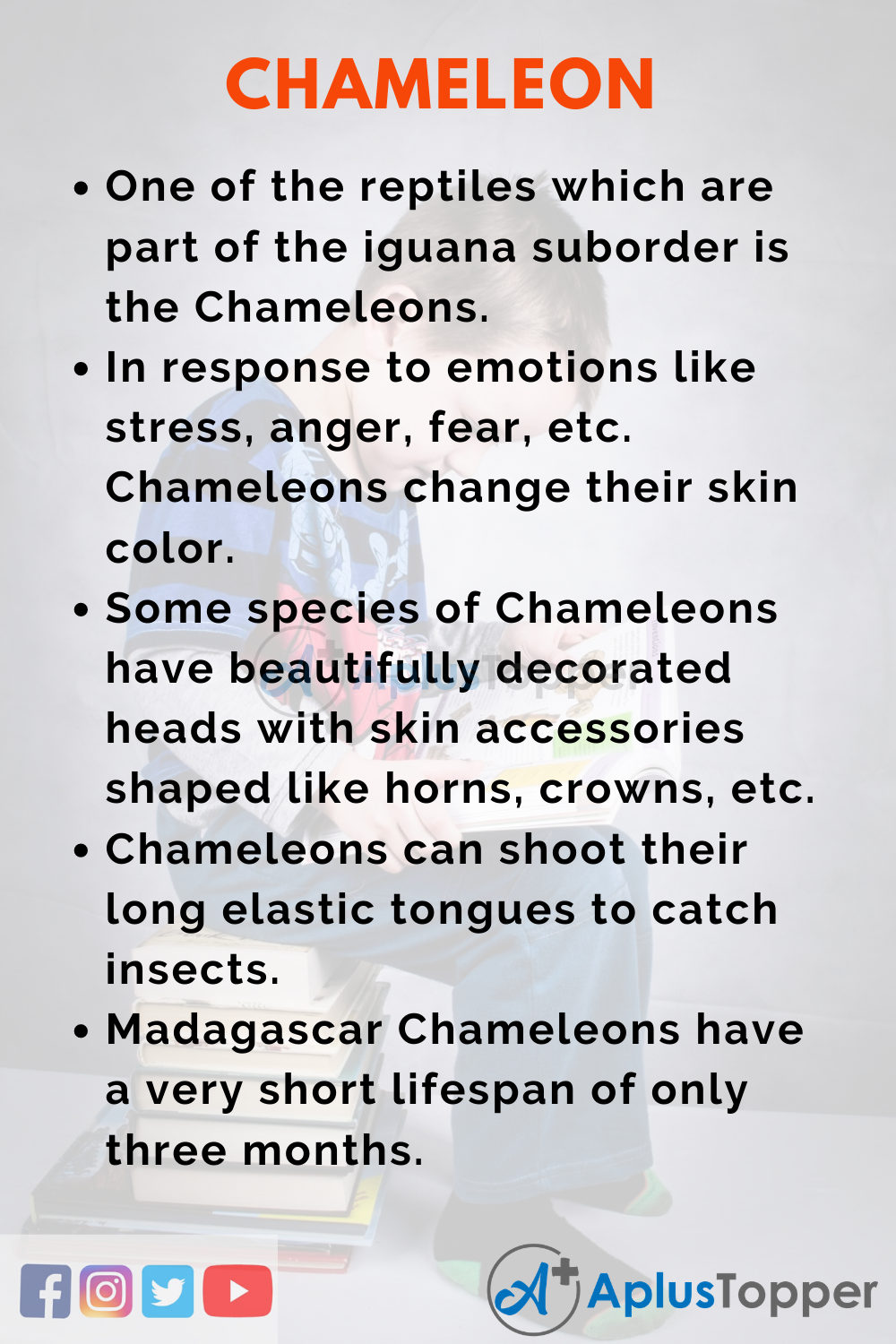 FAQ’s on 10 Lines On Chameleon

Question 1.
Name some of the animals that eat chameleons.

Answer:
Chameleons need to protect themselves from predators like birds, snakes, and even monkeys. Because of their small standard size, Chameleons are more likely to be eaten. Chameleons are also at the bottom of the food chain even after having the camouflaging ability.

Question 2.
How do the chameleons use skin color to express their feelings?

Answer:
On being studied, dominant male Chameleons are observed to have a bright color, which makes them attractive to the female half of the species. The more submissive the Chameleon is the lighter shade of brown or grey they are. The colors of female Chameleons can express a wide range of details, be it for an expression to accept or reject a male chameleon suitor, or indicate their pregnant condition.

Question 3.
How do chameleons change their skin color?

Answer:
Chameleons can change their skin color by adjusting chromatophore cells and also by the controlled release of melanin chemicals. Other studies have also shown that the iridophore cells of each skin layer also contribute to the change of Chameleons’ skin color.

Question 4.
Do chameleons need a lot of water?

Answer:
Water is essential for Chameleon’s growth, but they don’t need a lot of it. Chameleons require regular access to water and preferably look for a dripping water source instead of a puddle.