10 Lines on Cat: One of the most cutest and adorable animals that are known to man is undoubtedly the cats. It is one of those few carnivorous animals which are domesticated by human beings for thousands of years now. Cats and dogs are the most popular pets in the world and cats originally belonged to the African wild cat. 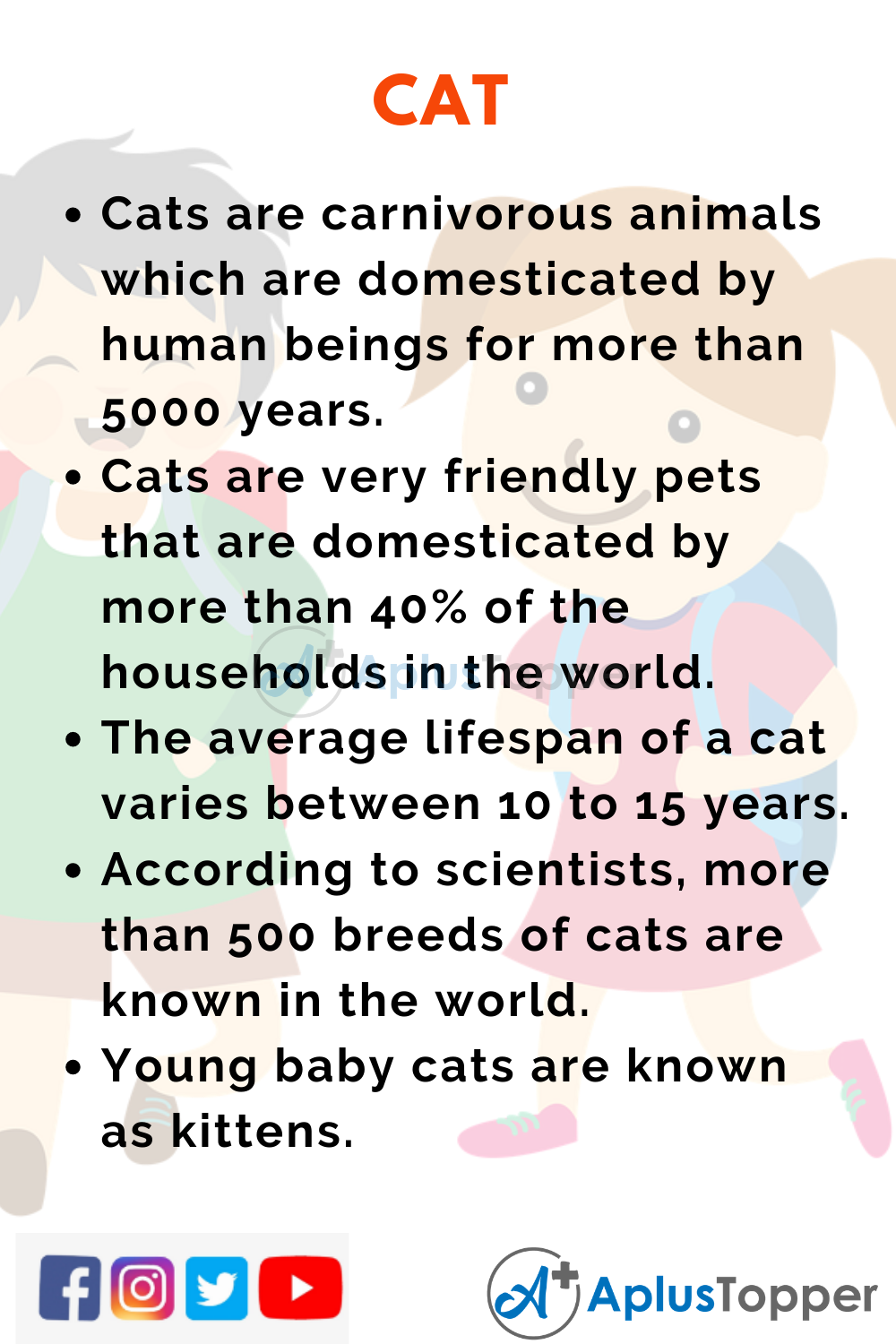 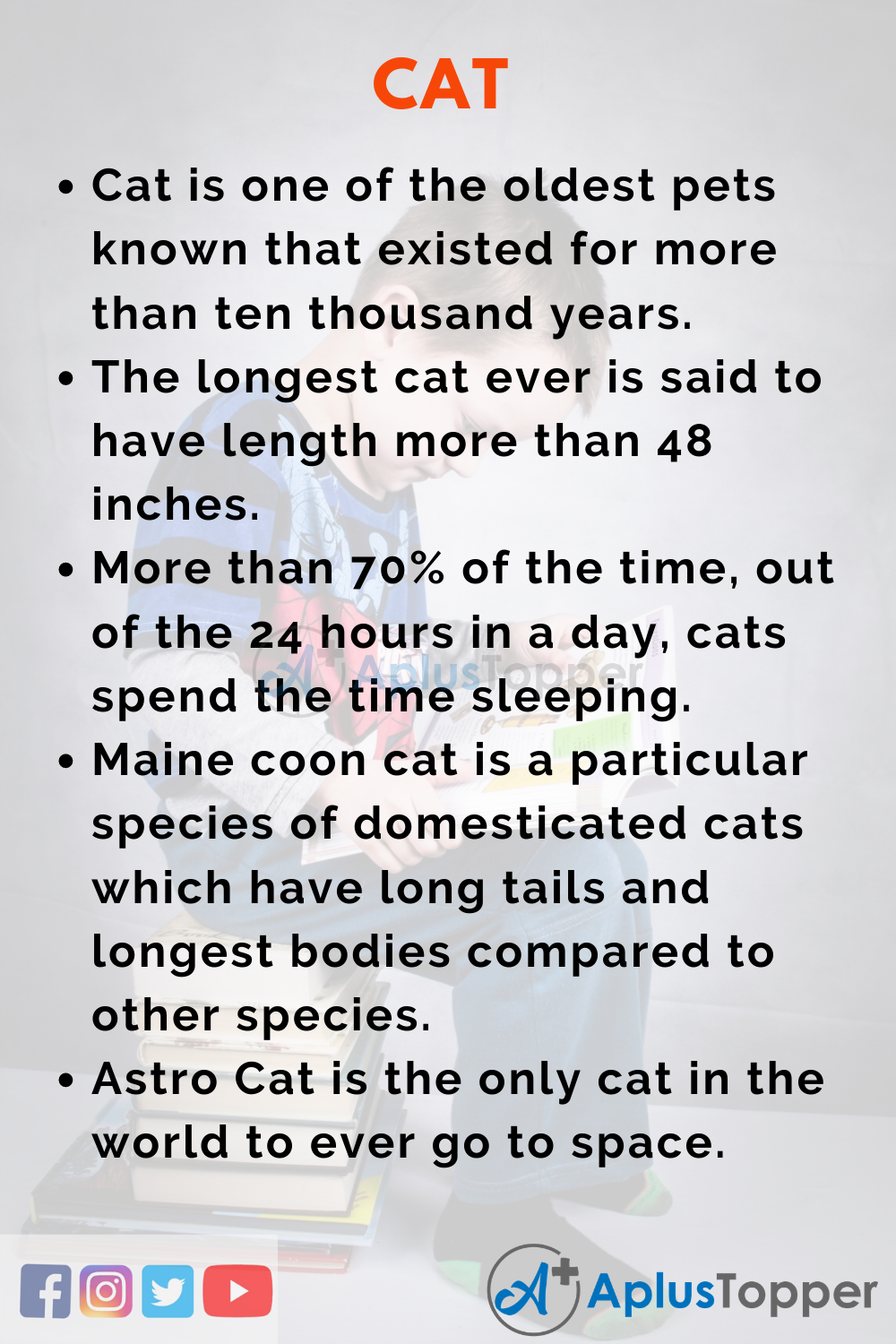 Question 1.
What is the average lifespan of a cat?

Answer:
The average lifespan of a cat varies between 12 to 16 years

Question 2.
How much does a cat weigh?

Answer:
An adult cat weighs anywhere between 3 to 5 kgs

Answer:
Certain cats are known to harm human beings and kill them as an act of defence

Question 4.
How many species of wild cats are known to man?

Answer:
Around 40 species of wild cats are known to man