10 Lines on B R Ambedkar: Bheemrav Ramji Ambedkar also known as Babasaheb Ambedkar, is the father of the Indian constitution and the brain behind the democratic and secular fabric of India. He was an Indian jurist, an economist, a politician and a social reformer and more than anything else, he was the saviour for the Dalit Movement in India and was the face of the campaign against social stigma and discrimination towards the untouchables in India.

From being the face of Indian Independence movement to drafting the constitution of India which is one of the longest in the world and most comprehensive, the contribution of Babasaheb Ambedkar to the republic of India is beyond words and everyone in the nation today owes a lot to his work during the pre-independence era. 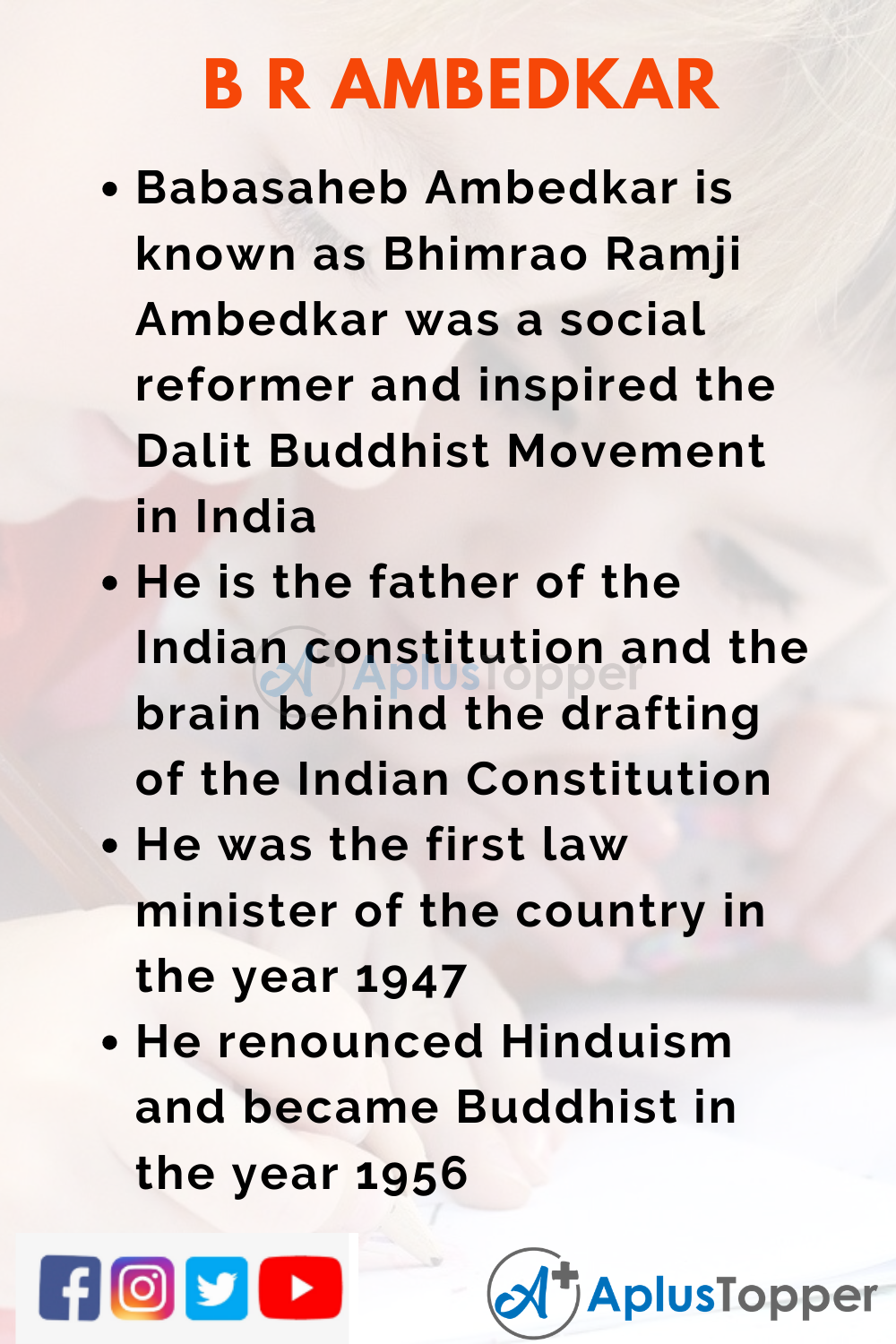 Set 2 – 10 Lines on B R Ambedkar for School Students 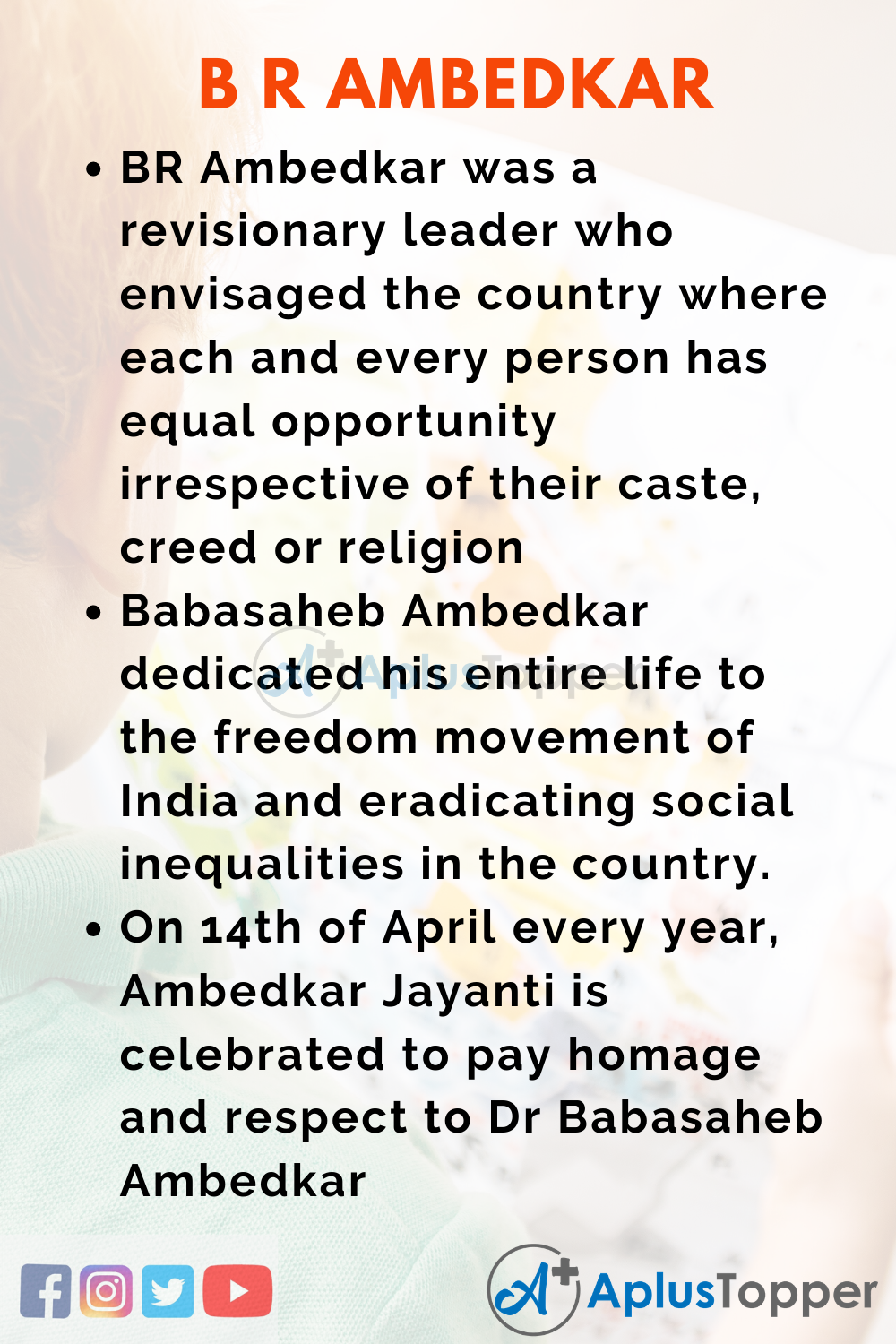 Question 1.
When was BR Ambedkar born?

Question 2.
Why is BR Ambedkar known as the father of the Indian Constitution?

Answer:
BR Ambedkar is known as the father of Indian constitution because he was the one who drafted the longest constitution in the world after travelling to many countries for more than 3 years

Question 3.
What is the contribution of BR Ambedkar to Indian society today?

Answer:
The elimination of social discrimination and empowerment of the under-privileged section of the society is the biggest contribution of BR Ambedkar to today’s Indian society

Question 4.
Has all the values that BR Ambedkar imbibed in the constitution followed in the country today?

Answer:
The values of equality, fraternity and liberty are mostly followed in the country today and hence India is known as the second-largest democracy in the world