10 Lines on Bhagat Singh:Bhagat Singh is a famous revolutionary figure and a brave freedom fighter who made immense contributions to the Independence movement. He was popularly known as Shaheed-e-Azam Bhagat Singh among his comrades. He was a highly revered leader who could foresee situations.

His feelings of patriotism made him fight against the division of India on communal lines as well against the British rules. He was mature, a genius, and was always captivated by socialism. He made high contributions to the non-cooperation movement.

Bhagat Singh died at the age of 23, and his death resulted in patriotic emotions among Indians. The below-mentioned ten lines on Bhagat Singh in English provide you with vital information to formulate paragraph writings and essays on this topic as well as a guide for competitive exams and G.K. quizzes. 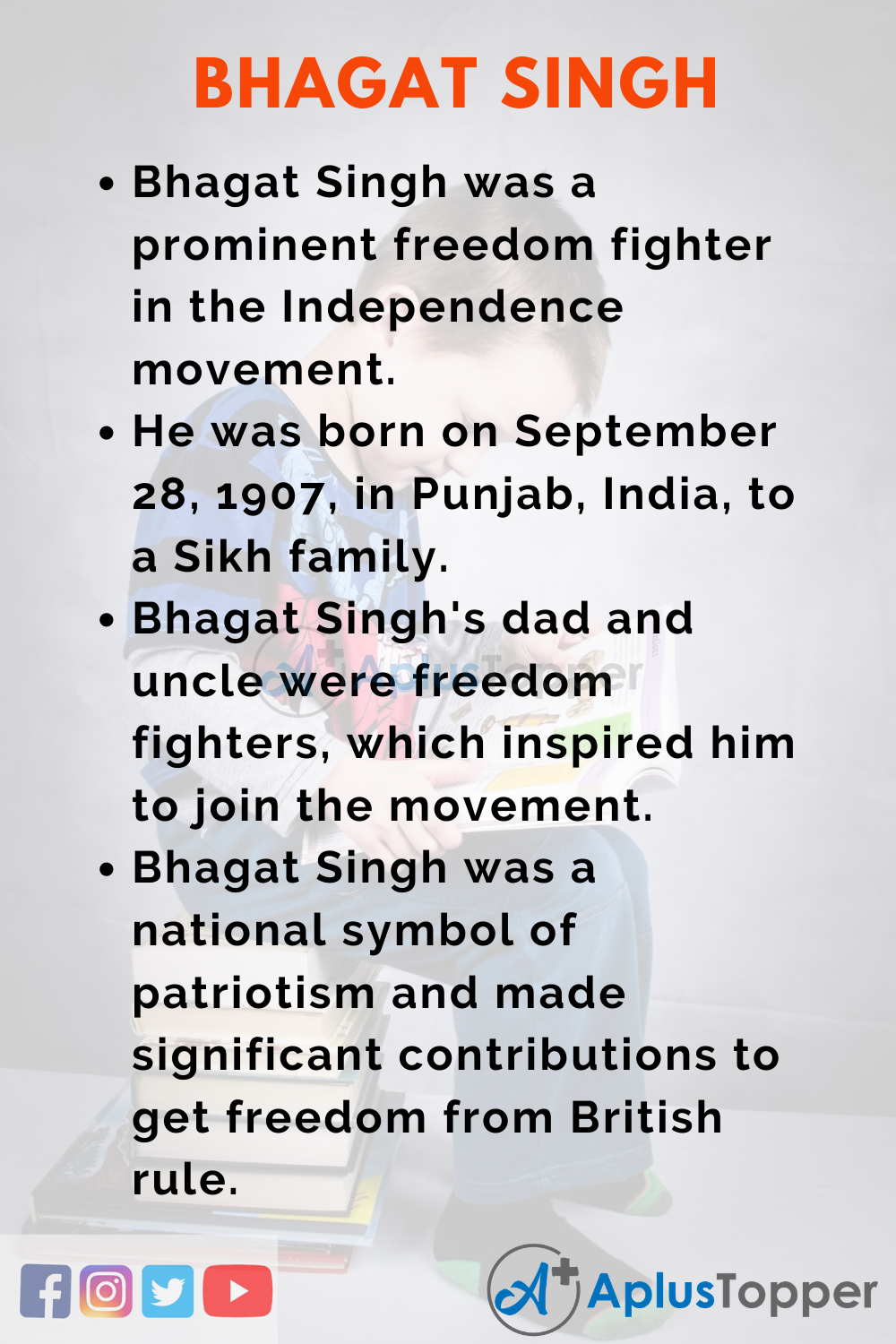 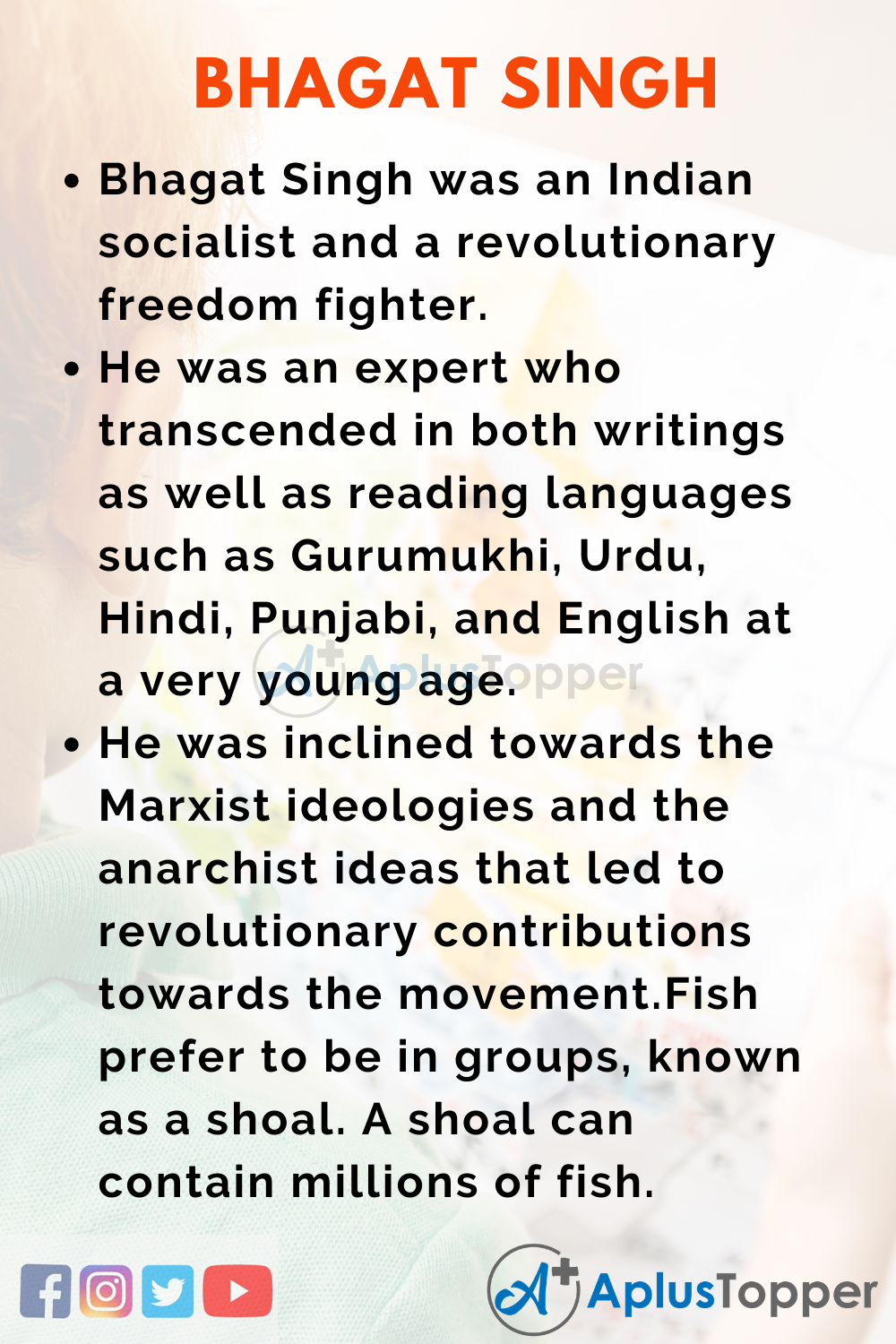 FAQ’s on 10 Lines on Bhagat Singh

Question 1.
Who was Bhagat Singh?

Answer:
Bhagat Singh is a famous revolutionary figure and a brave freedom fighter who made immense contributions to the Independence movement.

Question 2.
When was Bhagat Singh born?

Answer:
Bhagat Singh was born in the Banga village at the Lyallpur District in Punjab on September 28, 1907.

Question 3.
What are Bhagat Singh’s contributions to the Independence movement?

Answer:
Bhagat Singh united people and fought for the plight of prisoners in the Indian jails. He started a hunger strike against the communal riots in the country. Finally, he sacrificed his life for India’s struggle for freedom.

Question 4.
When did Bhagat Singh die, and why?